Guest Chef returns to The Academy

Eddie Kilty, Head Chef of the 2 AA Rosette Inn on the Lake hotel by Lake Ullswater in the Lake District is returning to his training ground, The City of… Read more »

It seems the single lifestyle in Britain is taking over, as the number of singletons continues to grow 10 times as fast as the overall population. With estimates drawn from… Read more »

Agatha Christie is as synonymous with murder mystery as Miss Marple is with St Mary Mead or Hercule Poirot is with his little grey cells, so it is a wonder… Read more »

Visitors Giving: Back to Nature

In spring/summer time the grass is greener and there’s a celebration of colour with daffodils and bluebells. At Lake District Hotels we want to help preserve our heritage, landscape and… Read more »

The Queens Hotel in Keswick has just been bought by Lake District Hotels Limited, moving the reins from one local family to another. The deal was overseen by Daniella Hope… Read more »

A delightful afternoon at the Inn on the Lake

The ‘Mellow Sounds’ afternoon tea buffet on Sunday turned out to be a fantastic afternoon. With the Orangery creating the perfect ambiance to sit back and relax, enjoying a delicious… Read more » 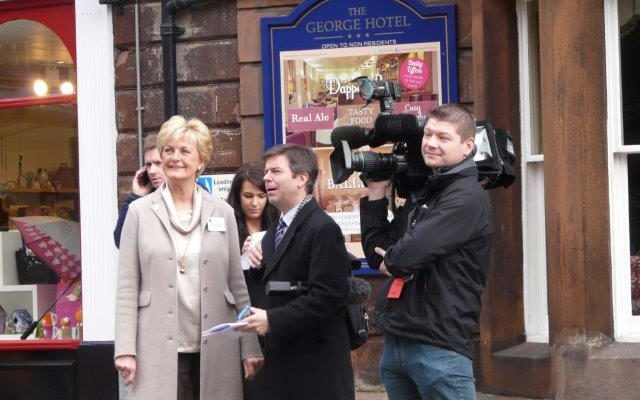 On Wednesday 9th April, His Royal Highness The Prince of Wales enjoyed a Cumbrian Reception at the George Hotel in Penrith to celebrate the launch of a Tourism Pilot for… Read more »

Going that extra mile for family breaks this Easter

At Lake District Hotel’s we’re making family breaks even better value for money this Easter. We’ve teamed up with the best local attractions and eateries to provide guests with discount… Read more »

Top 5 apps for hiking in the Lake District