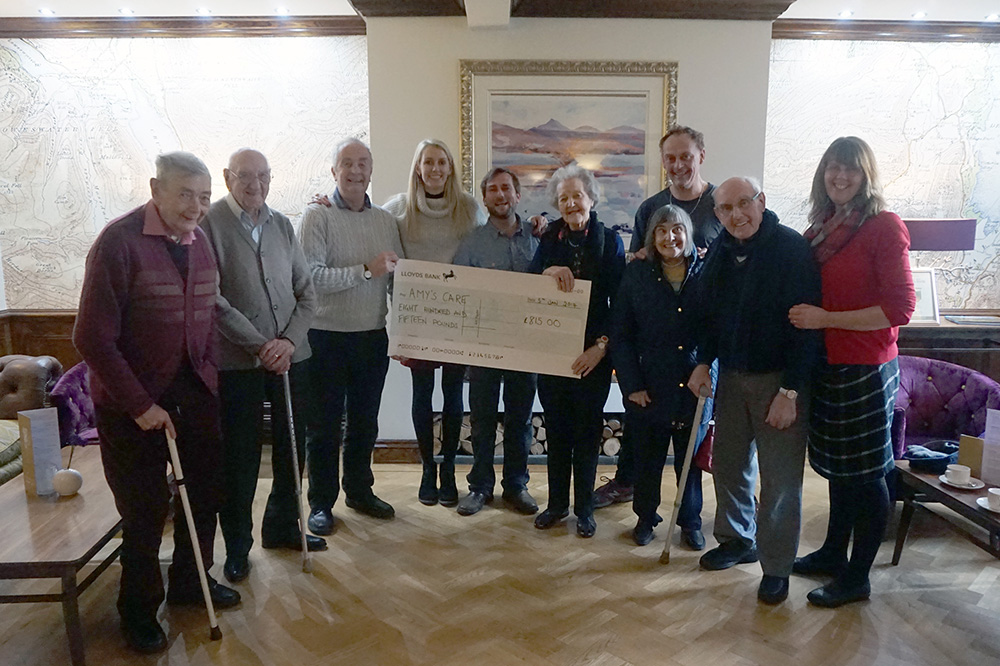 We are pleased to announce the grand total from our 2016 fundraising activities; throughout 2016 we held a variety of charitable events to raise as much money as possible for our charity of the year, Amy’s Care. These efforts were raised by staff and customers taking part in charity dinners, raffles, runs and much more.

The sum raised vastly exceeds the initial £5,000 target, which was set at the start of 2016. Throughout December the following events were held; Christmas jumper day saw employees from the hotel group swap their uniforms for their festive jumpers, with the directors donating £5 per jumper to this worthy cause. The Lodore Falls Hotel’s annual duck race took place on Christmas Day, where all of the hotel guests paid their donation and gathered outside to see if their duck passes the line first, adding an extra bit of Christmas cheer to the day. Last but not least the Lodore Falls Hotel auctioned off a gift bag full of local treats at their Christmas Day Quiz. The three fundraising events raised a total of £815.

As our fundraising year has come to an end, we’re pleased to announce that we have raised an impressive total of £8,276.63. It’s been fantastic working alongside Amy’s Care and thanks to a lot of hard work and effort we can rest assured that the money raised will make a real difference. Well done to everyone that has been involved! 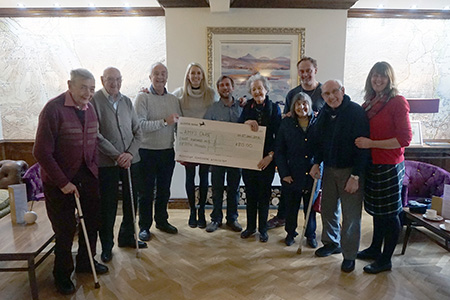 Handing over the final cheque to Amy’s Care

Amy’s Care is a community interest group based in Keswick, Ireby and Carlisle which provides social clubs, holidays and specialist care for older adults, mainly aimed at people living with dementia.

Fraser Dooley, Owner of Amy’s Care commented, “Really we can’t thank everyone enough at all the hotels for your sponsorship this year. It’s been overwhelming the amount raised and Amy’s Care clients will continue to enjoy the benefits in the future.”

« It’s Ginuary at Inn on the Square