Throughout 2017, we have been busy hosting a variety of charity events to beat our annual fundraising total of £8,276.63, which we raised the previous year for Amy’s Care – a community interest group which provides specialist care for people living with dementia.

These efforts began at the end of 2016, when we asked the general public to nominate for their favourite charity to become our charity of the year. With over 600 entries, Blood Bikes Cumbria (an organisation that provides out-of-hours transport, 365 days of the year to transport urgently needed blood, drugs and other medical requirements between hospitals) were selected after receiving the majority of the votes.

Since then, we have held numerous charitable activities and events, such as; Maria Quigley, Sales Manager from the Skiddaw Hotel ran the London marathon; Garry Price, General Manager at the Kings Arms Hotel donated sales from his exclusive 50th birthday ale; raffle tickets were sold offering two lucky winners the chance to enjoy seven nights of delicious culinary delights across our seven hotels; a mulled wine competition which brought the town together received generous donations on the day; Gary Wilson, General Manager and his team at the Inn on the Lake raised an outstanding £6,137 from their Kitchen Rivals charity banquet; this along with fashion show raffles and other challenges raised a grand total of £11,426.27. 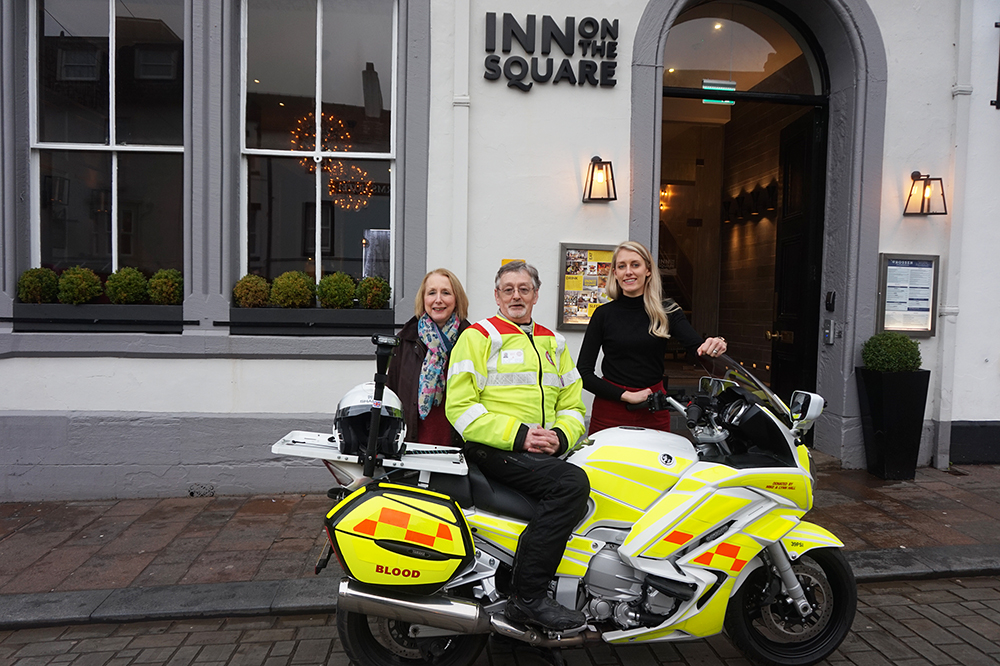 It’s been a tremendous year working with Blood Bikes Cumbria and raising such an amazing amount of money.  It’s a real pleasure to be in a position to be able to help such a deserving cause, a lot of hard work and effort has gone in from everyone involved.

Rod Wickham, Rider & Liaison Officer for Blood Bikes Cumbria commented, “First and foremost I would like to say a huge thank you to the Lake District Hotels Group for selecting Blood Bikes Cumbria as their Charity of the Year 2017. I was speechless to learn the amount of money raised during the year by the hard work from Leah Davies and the hotel staff – I thank you all very much.”

“The Blood Bikes Committee will be discussing how to put the money to good use by helping to bring our fleet of vehicles up to date either towards the purchase of a motorbike or car, both are being considered at the moment.”

« Wash away those January Blues at the Inn on the Square