Friday 25th September saw the first charity event hosted by Glenridding Sailing Centre in support of CFM’s Cash For Kids, raising money for local disadvantaged and disabled children. The event was named after the charity‘s cheeky cat mascot ‘Courage The Cat’s Canoeathon Challenge’. The two teams were from Mercedes Benz in Carlisle, and the Inn on the Lake Hotel on Ullswater.

The teams wasted no time in getting changed and straight out on to the water for the first challenge – the Mascot Grab! This involved a race out to a rafted canoe to grab their mascot which had to stay with them for the rest of the day’s challenges. The mascots, huge fluffy teddies (wearing buoyancy aids, of course), were given the names of Barry and Wilson and by the end of the day they were looking very bedraggled indeed!

The next event was a canoe slalom, followed by a kayak relay. As hard as the team from Mercedes Benz tried, they just couldn’t quite keep up with the Inn on the Lake who won all 3 of the morning challenges. Entertainment was provided by Kenny from Metro Radio, who made everyone laugh with his running commentary throughout the day, as well as hosting the raffle and prize giving.

Lunch was donated by Helvellyn Country Kitchen in Glenridding, the Crafty Baker in Penrith and with the addition of Starfruits (also in Penrith) and Bex’s Buns from Tebay supplying fruit and homemade traybakes there certainly was a good spread for all to enjoy! With music playing across the lake and the sun shining, everyone was in high spirits for the afternoon challenges -the duck hunt and cliff jump (this final event being scored on Splash, Scream & Style!). Freshly fueled by chocolate brownies, the Mercedes Benz Team came into their own and won back several crucial points, but not QUITE enough to win the day!

Quote from Darren Love, Restaurant Manager at the Inn on the Lake ‘We had an amazing fun day and it was all for charity, looking forward to next year!’

Based at the southern end of Ullswater in the beautiful Lake District, and experienced in delivering high quality corporate events for both local and national businesses, Glenridding Sailing Centre aimed this event at local companies wishing to send their staff on an adventurous Team Building Event with, and to make, a difference.

ALL profits went directly to CFM ’s Cash For Kids. Including donations received for the food, drink and prize raffle a total of £450 was raised for the charity, together with an additional £400 in sponsorship from Mercedez Benz of Carlisle.

Quote from Linnhe Harrison, Glenridding Sailing Centre ‘As we have never run a charity event before, we were overwhelmed by the support and encouragement from local businesses and will definitely be running the event again in 2016 – this time with more teams competing. It’s a fantastic way to push your limits out on the water, whilst raising money for such a good cause’

Quote from Stephanie Fleck, CFM Cash For Kids: Glenridding Sailing Centre did a fantastic job at organising such a fun and thrilling event on Friday. At CFM’s Cash for Kids we get a lot of supporters doing fundraising activities but this event was definitely one of the most fun that we’ve seen! A fantastic amount of money was raised which will go toward helping underprivileged, sick and disabled children right here in Cumbria and South West Scotland.

To register interest for the Courage the Cat Canoeathon Challenge 2016, please visit www.glenriddingactivitycentre.co.uk 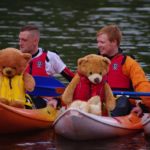 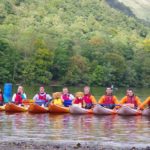 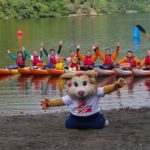 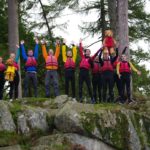 « Opera d’Amici are back to perform live at the George Hotel, Penrith!