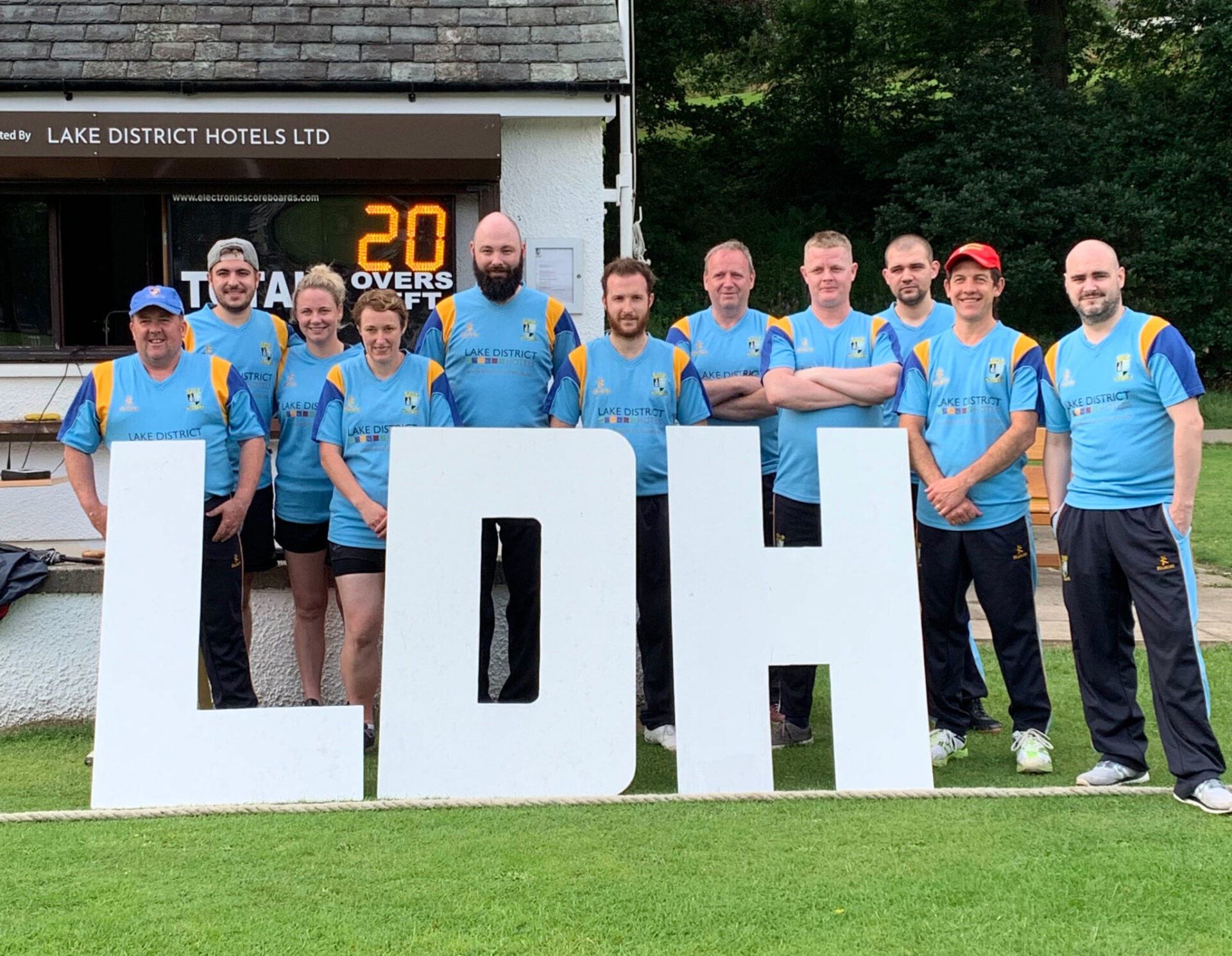 The stakes were high and the team spirit was even higher last night (Thursday 25th July) as Lake District Hotels returned in full force for our annual cricket match against Keswick Cricket Club.

This is the sixth year that Lake District Hotels has proudly sponsored the local cricket club and what an honour it has been! We couldn’t imagine sponsoring the club without having a bit of competitive fun, so each year we look forward to showing the club pros what team LDH can do. 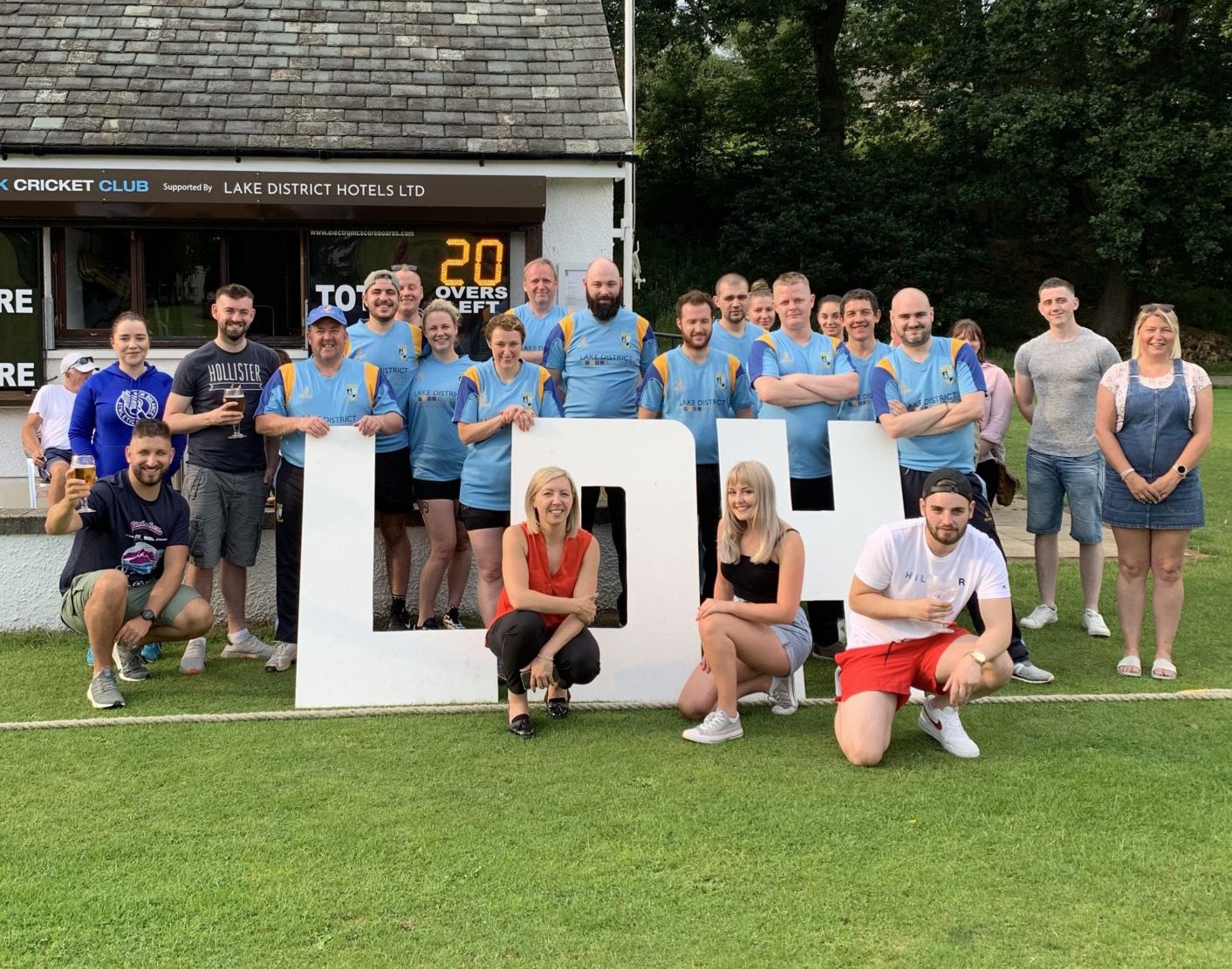 The trusty team came together as they confidently made their way down to Fitz Park for our sixth match against the competent county cricketers. After a brief moment of concern for the weather as the whole gang watched the lightning from the club grounds, the skies cleared and the game was a go at 6:30pm. 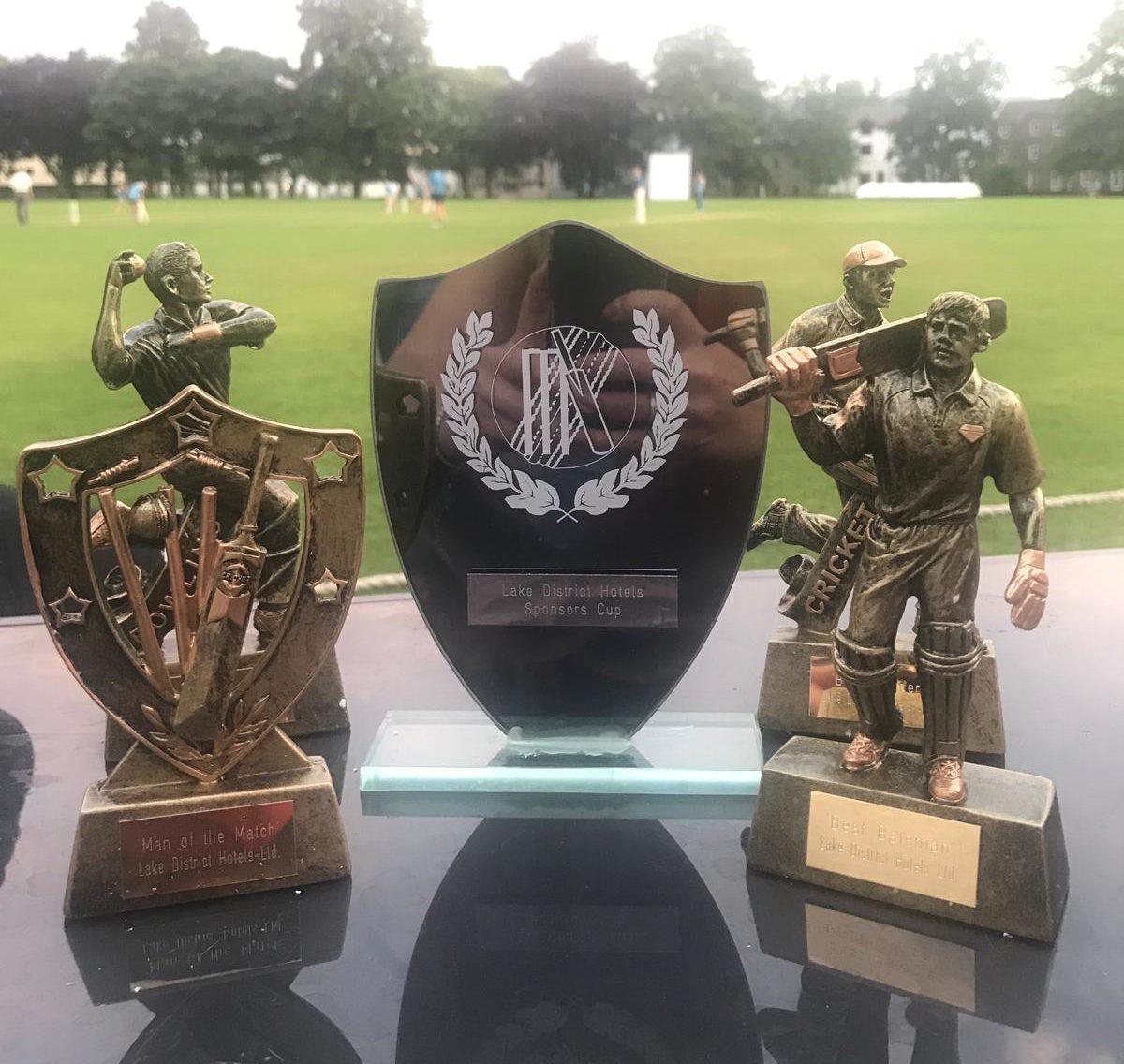 Team LDH take on the wickets

There was a strong sense of competitiveness in the air this year especially as the score board sat at 3 – 2 from the previous 5 matches, with Lake District Hotels in the lead. Desperate to remain top of the leader board, the gloves were off and the whole team took to the field as Keswick Cricket Club batted first.

During these innings, the Borrowdale Hotel’s General Assistant, Ollie Kimber, revealed his hidden talent when he successfully bowled out the leading Keswick Cricket Club batsman, Paul Ireland. Unsurprisingly, this achieved him the award of ‘Best Bowler’ which he was incredibly chuffed about. 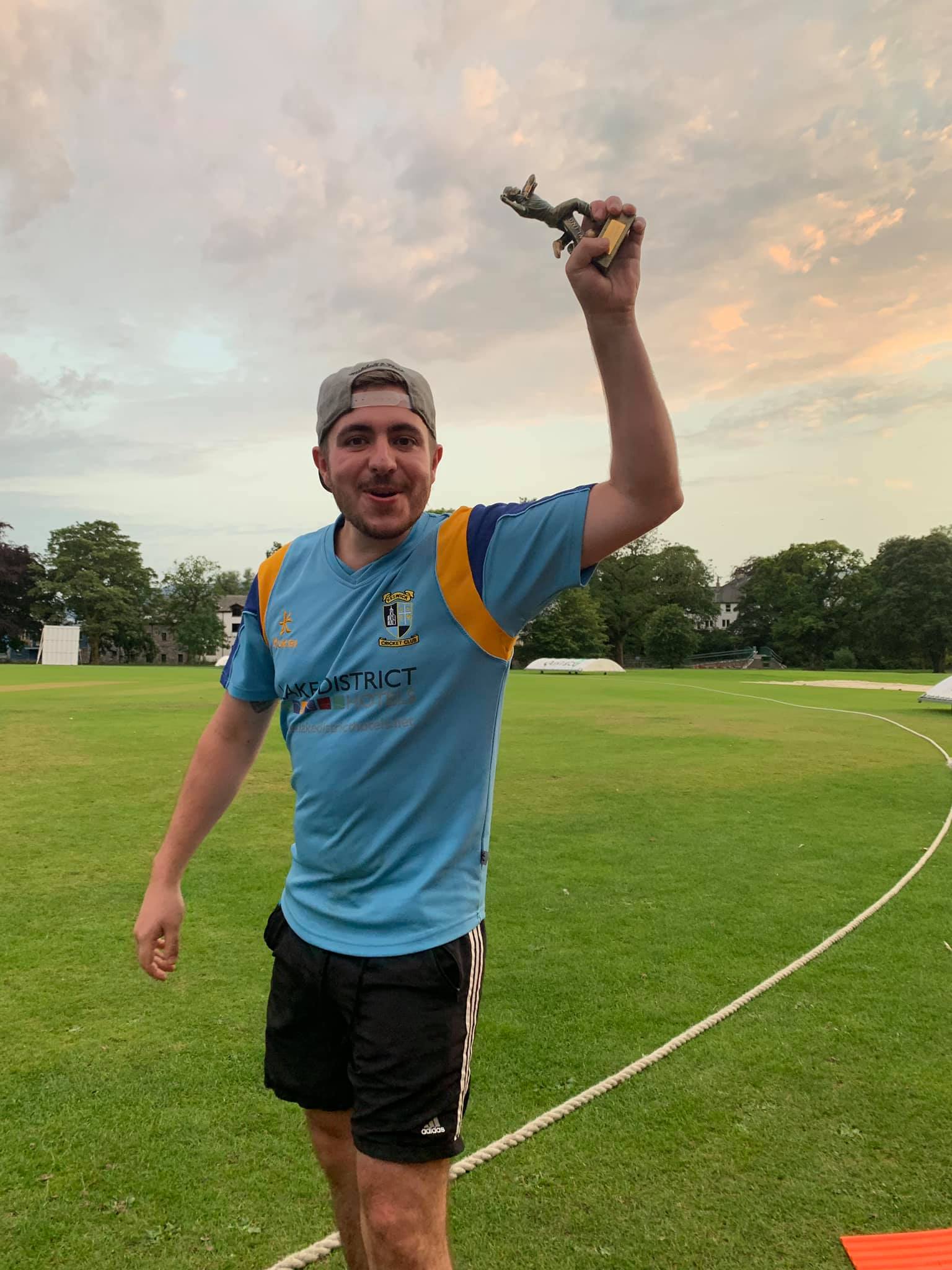 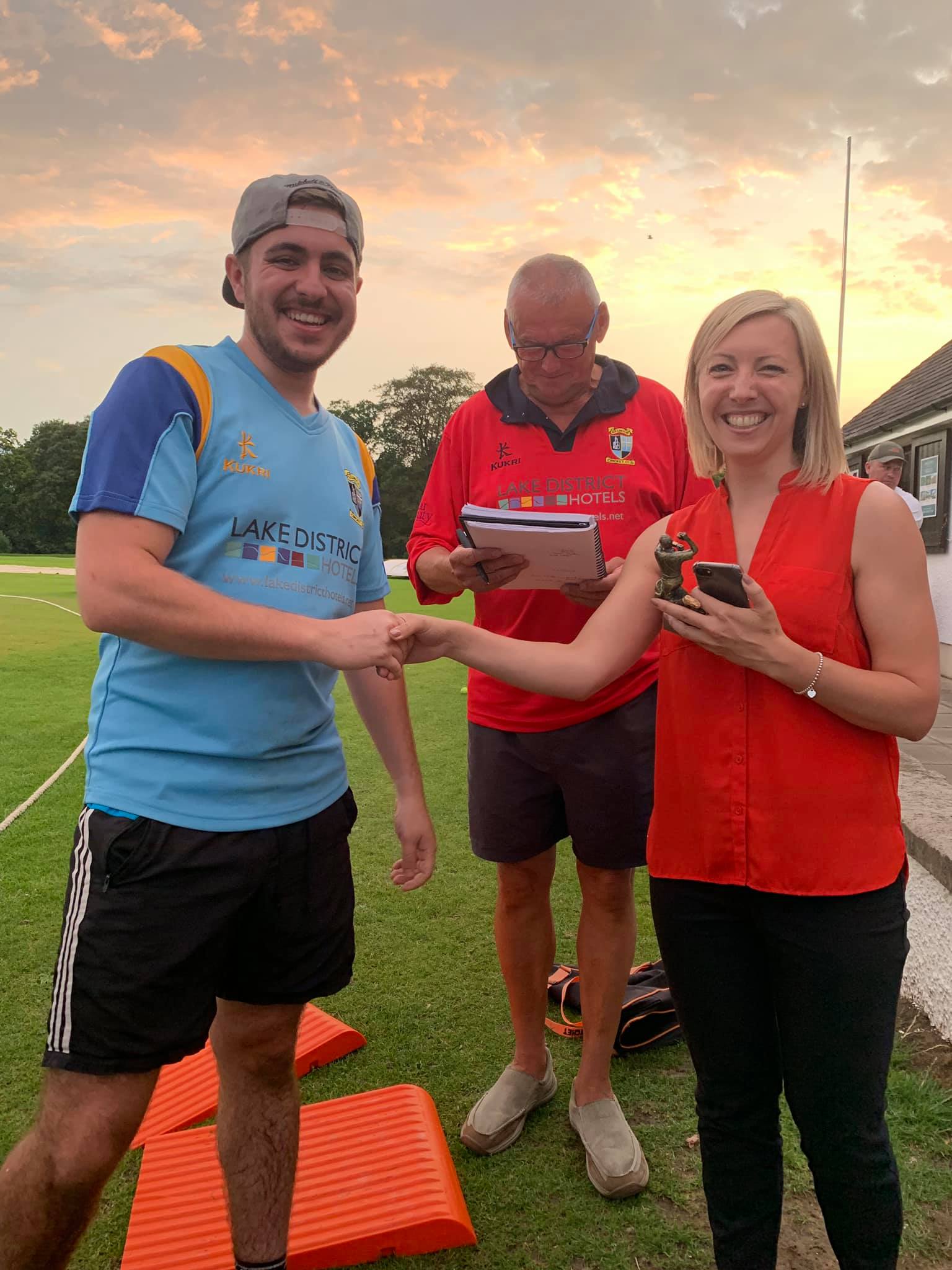 Another noteworthy player was the Lodore Falls’ Senior Sous Chef Terry Davies who was a barrel of laughs but always kept his eyes on the prize as he wowed the crowd with his tremendous efforts. The cheeky chef caught out one of Keswick Cricket Club’s key players with his trusty hand-eye-coordination, winning him the ‘Best Fielder’ award. 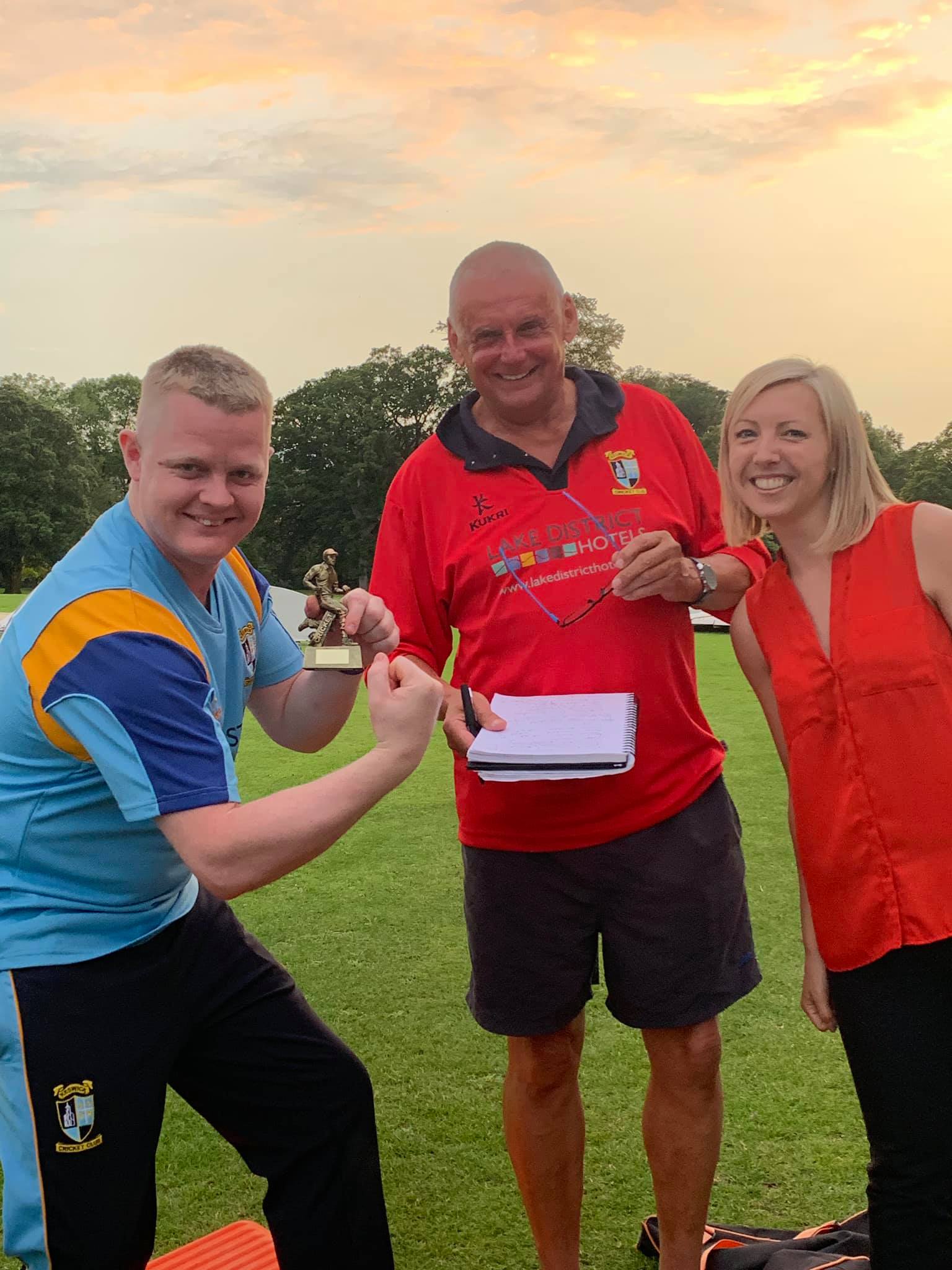 After an impressive performance by the Keswick Cricket Club batters, the two teams swapped around as it was our turn to take on the bowlers. This year was the first year we have had female cricketers on the LDH team, and it was during this part of the match that we saw some true girl power shine through!

This year, the award of ‘Best Batsman’, or should we say “Batswoman” was rightfully awarded to Maria Quigley of the Skiddaw Hotel. The hotel’s Sales Manager was the only player on the whole team who was not bowled out by the other team – nice going Maria! 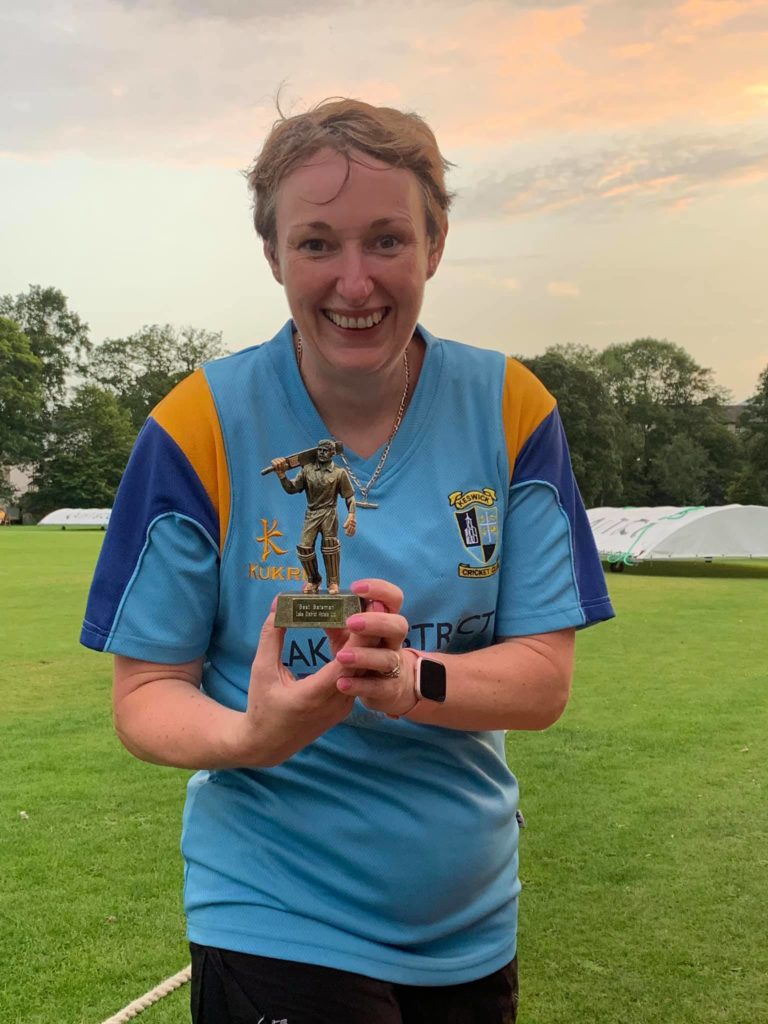 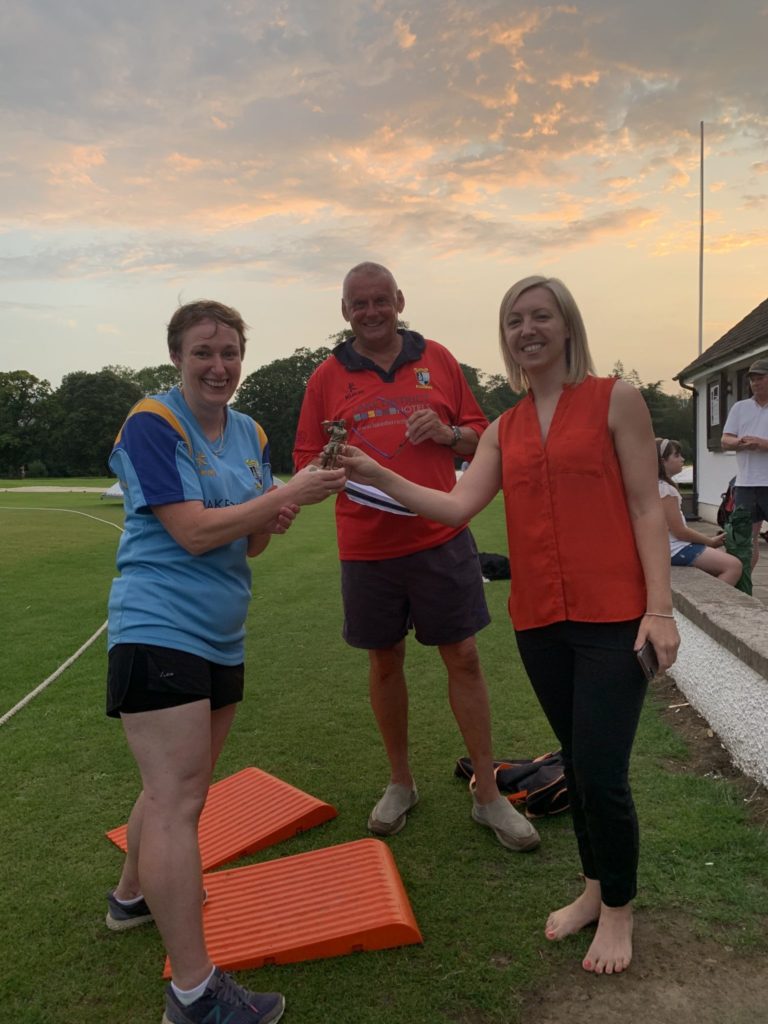 Plus we couldn’t NOT mention the power-house performance that was also given by our other LDH lady of the match, Shannon Waine from the Borrowdale Hotel. Receptionist Shannon was an incredibly close runner up for the prize, as she was the batswoman who stayed in the match the longest. 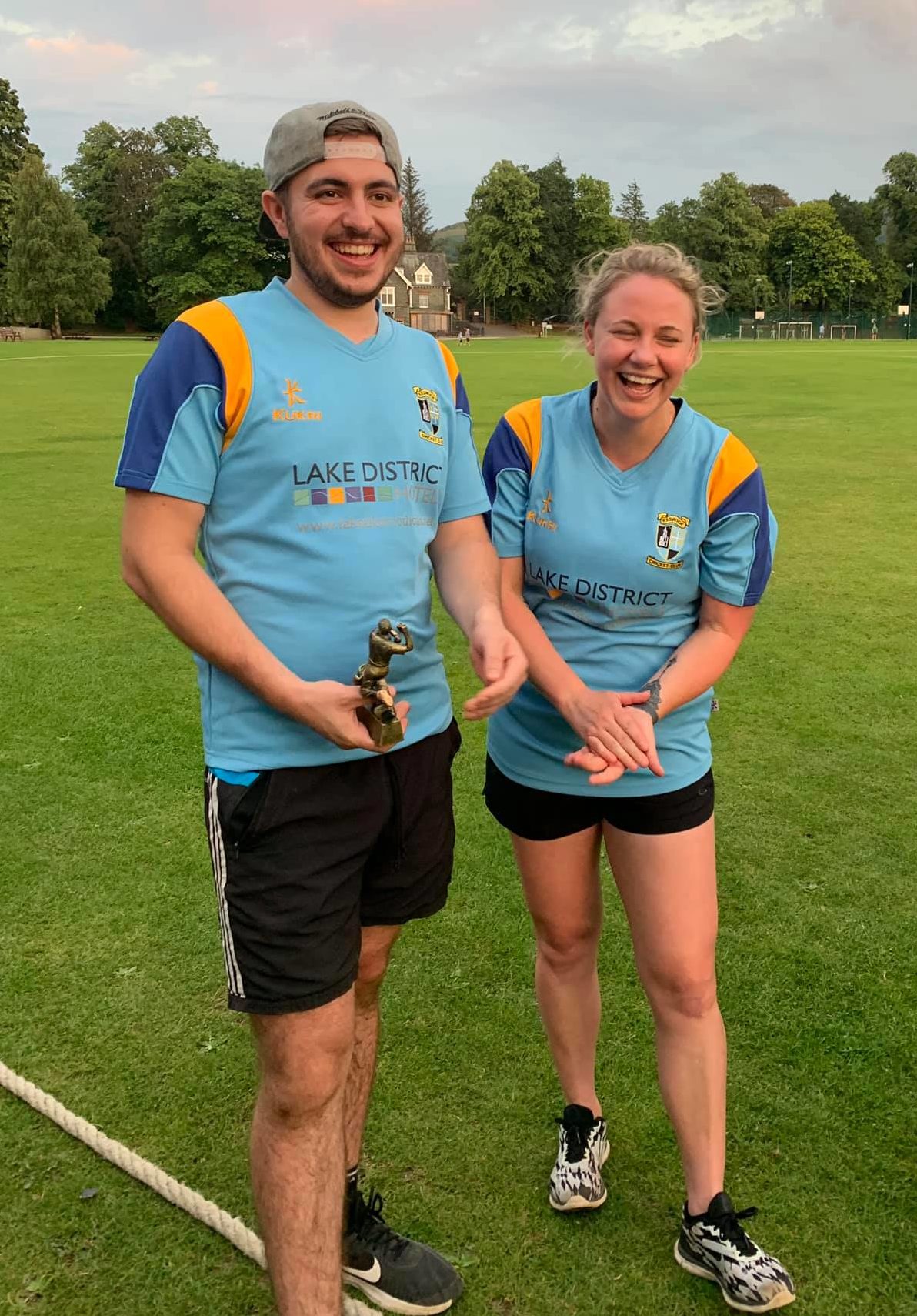 The final and most prestigious award of the evening was ‘Man of the Match’ which was awarded to one of the team’s most spirited players – Chris Cooper. Fun fact, Chris doesn’t actually work for the company… but he was definitely a true member of the group last night as he rose to the occasion, standing in last-minute for a player who was unable to participate due to injury. 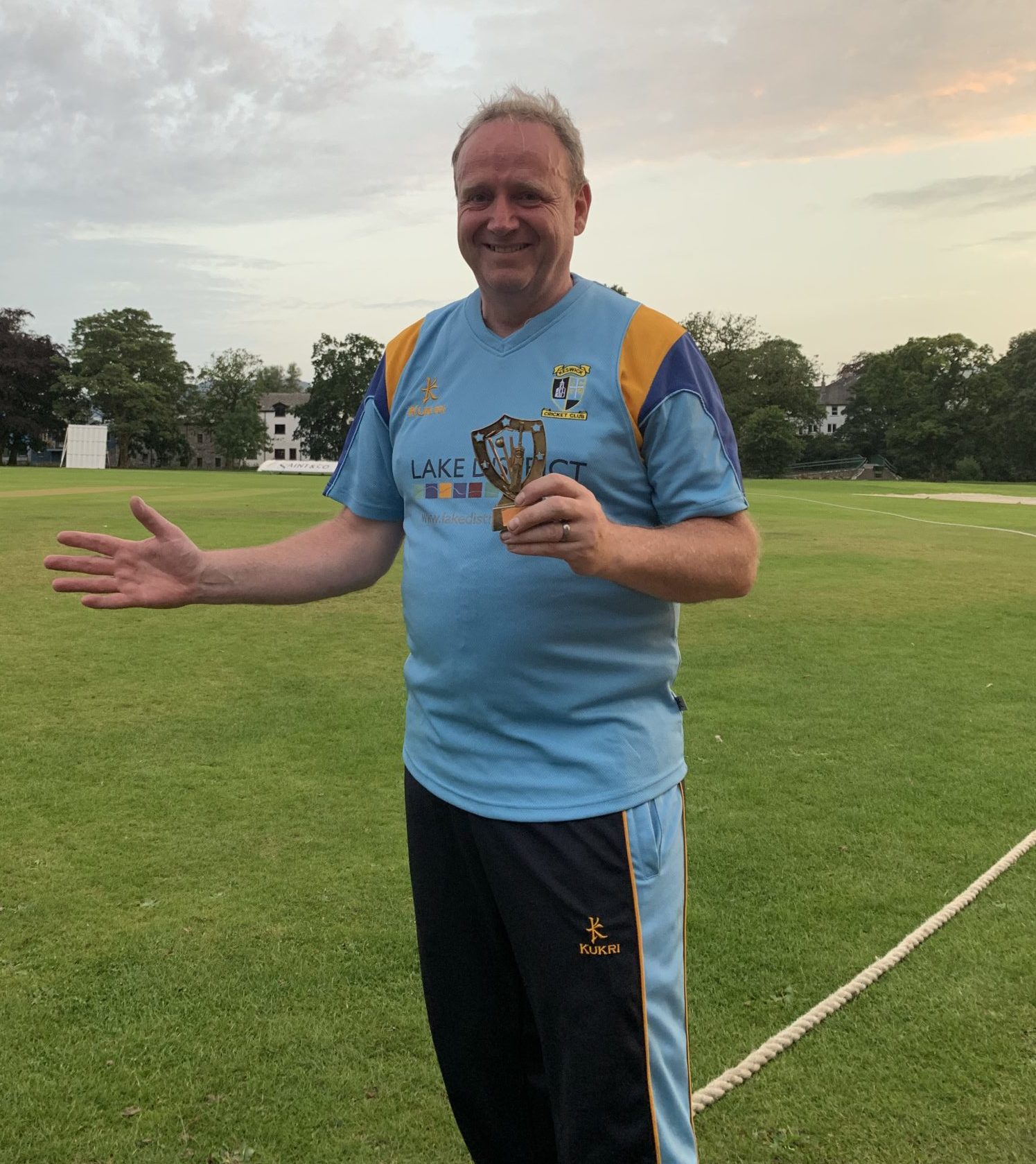 Chris is the husband of the Lodore Falls Hotel’s reception manager Sharon Cooper, who was proudly in attendance to support her spouse. He was awarded ‘Man of the Match’ for heroically stepping-in, his exceptional enthusiasm throughout and the fact that he was just a good all-rounder on the day. 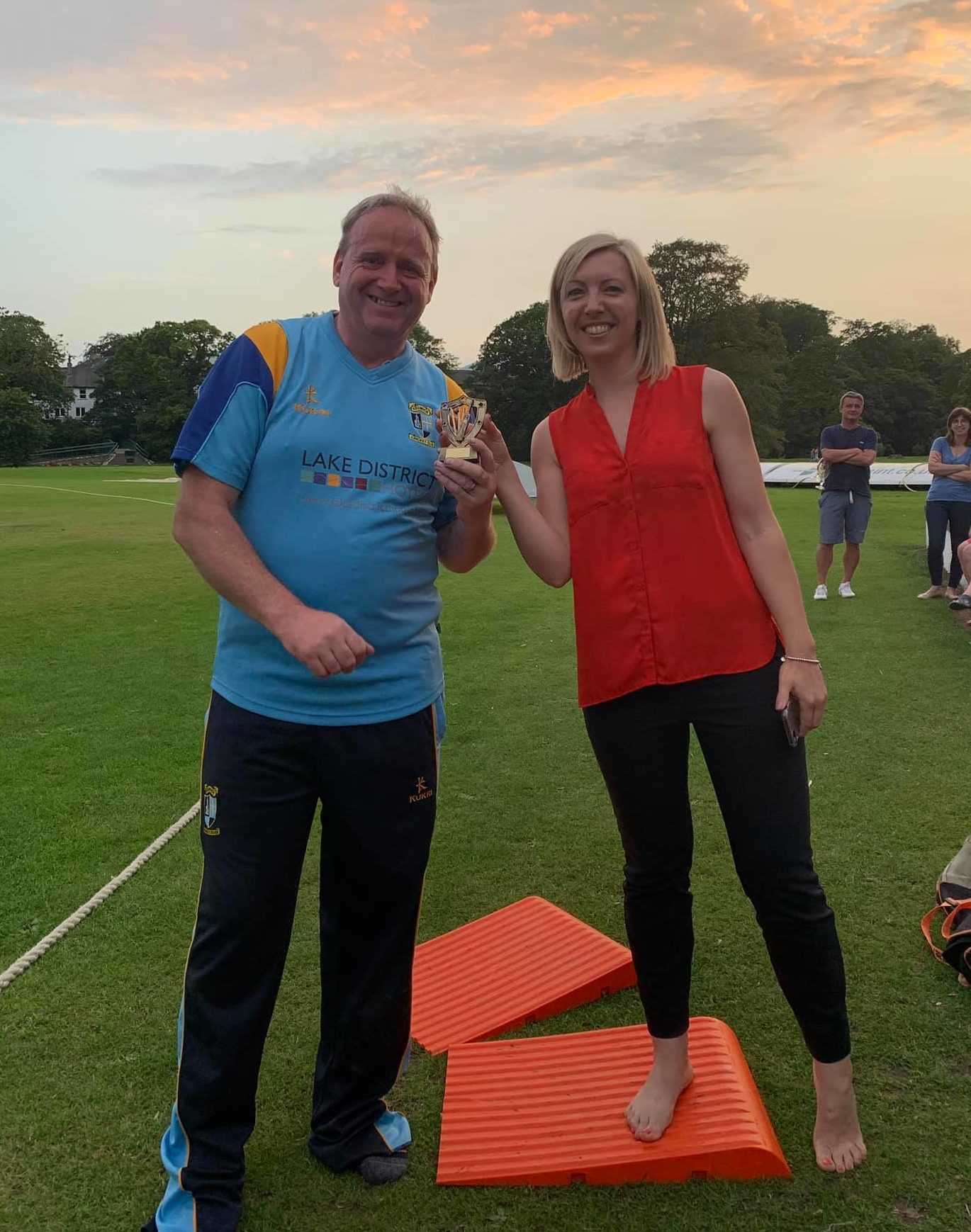 Unfortunately, Keswick Cricket Club did take the winning trophy this year, but it’s safe to say we put up a good fight nonetheless! Not to mention what an excellent evening we all had, with many other employees from across the group showing up in full force to support the squad.

All players were rewarded in true northern fashion after the match, when they were each given a pie and mushy pees to suppress their hungry appetites! Well done gang. 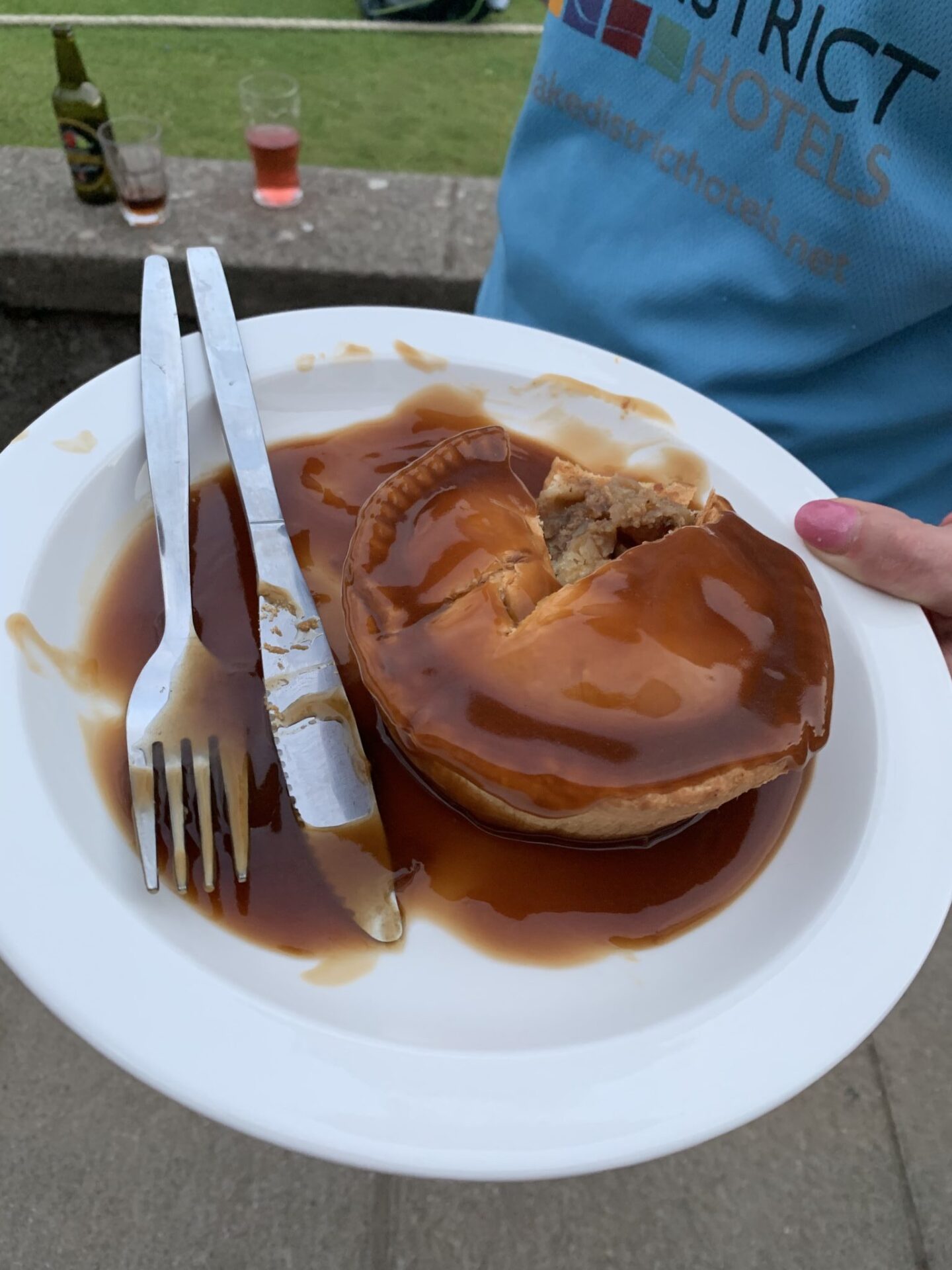 (Left to right on the below photo)

« Bring the flavours of Brossen to your home