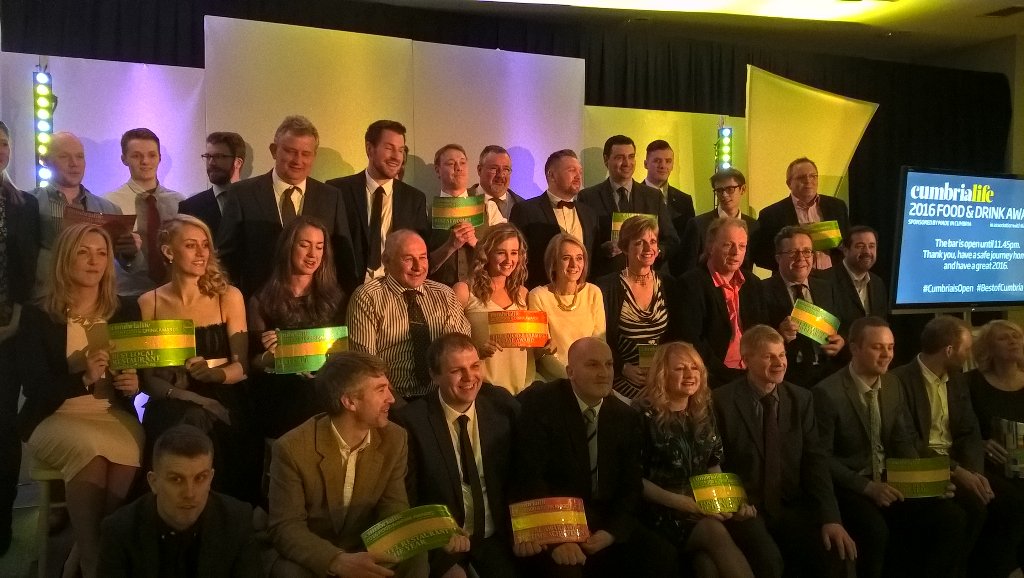 A delicious 3 course meal was served followed by Katy Cropper, 1st female winner of One Man & His Dog, star of Come Dine with Me, & fab Cumbrian celebrity hosting the awards ceremony.

Brossen Steakhouse at our new four star Inn on the Square in Keswick was shortlisted for two awards; ‘Best Local Restaurant’ and ‘Best Newcomer’. Brossen opened it’s doors in June 2015 after undergoing a complete renovation which saw the hotel close for eight months. Once up and running we were awarded an AA Rosette just six weeks after opening and were over the moon to walk away last night with ‘Best Local Restaurant’ of the year award.

Daniella Hope, Marketing Director for Lake District Hotels said “It’s was a fantastic feeling to hear Brossen Steakhouse named winner for the ‘Best Local Restaurant’ award. Brossen is a new concept for Lake District Hotels Ltd. but already it is getting overwhelming feedback from our guests and the locals too, so thank you to everyone who has popped in and to everyone that voted for us, as well as a BIG well done to our amazing team for all your hard work.” 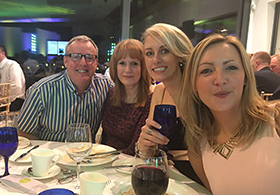 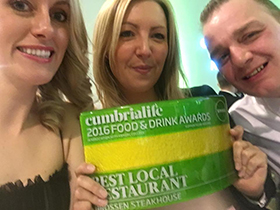