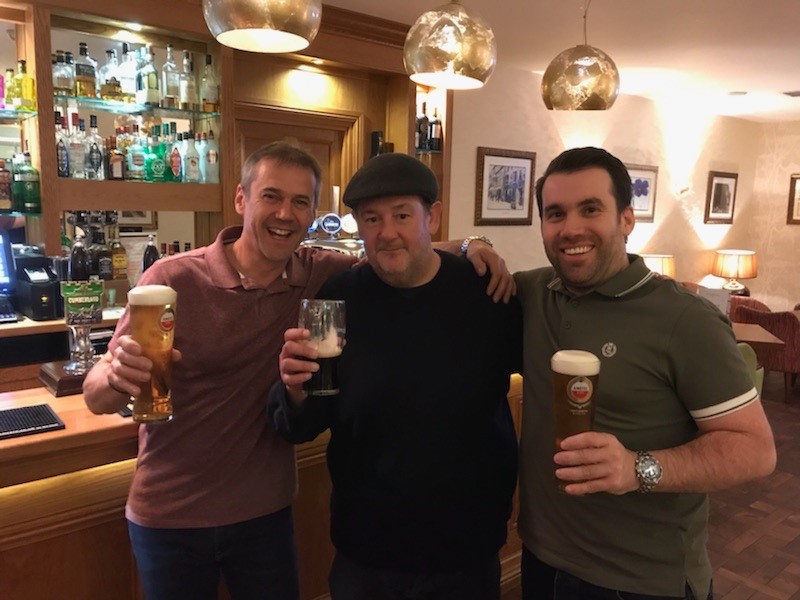 Johnny Vegas has just enjoyed a stay at the George Hotel in Penrith with his Mum, after check out Johnny tweeted saying, “What a lovely overnight stay at The George Hotel. Massive thanks to all the team who made ourselves but especially Ma Vegas feel like a star for the night. She’s decided to get herself that cardigan from The Edinburgh Woolen Mill so is currently on cloud nine #newcardybuzz”

Whilst in the area he made an appearance at the Rheged Centre, where he was joined by other members of his new comedy ‘Home from Home’ cast, such as Adam James (plays Robert Dillon) and Niky Wardley (plays Fiona Hackett).

Home from Home has been filmed at Pooley Bridge in Ullswater, the show sees two families collide when they find out they are neighbours on a holiday park. Neil Hackett (played by Johnny Vegas) and his on screen wife Fiona Hackett (played by Niky Wardley) fulfil their lifelong dream of buying a lodge in the Lake District.

We’re all looking forward to watching Home from Home on BBC One next month.