Baines Wilson LLP and Barclays took over the Lodore Falls Hotel for their inaugural Kitchen Rivals event on Thursday 28th January, where 90 guests watched the teams battle it out to impress with their culinary skills and front of house service.

After a close contest the team from Baines Wilson LLP were the winners, though the real winners are Cumbria Community Foundation’s Flood Appeal, The Calvert Trust and Amy’s Care, as they will share the money raised.

The evening was wonderfully hosted by Lake District Hotels. The kitchen teams were supervised by Head Chefs from the Lodore Falls Hotel and the Borrowdale Hotel and the teams were impressed by the chefs patience and learnt a lot from their expertise to deliver some outstanding plates of food.  Each front of house team had an expert on hand to make sure the Lodore’s excellent service standards were maintained and to ensure all the guests had the best possible service. The real chefs in the kitchen did a brilliant job of guiding their invaders and the front of house staff gently encouraged the teams to keep a close eye on the needs of their guests. 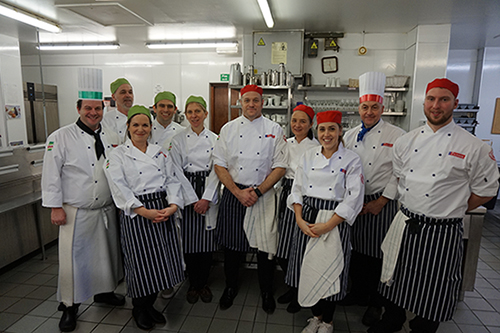 The evening began with canapés and champagne and the Baines Wilson team quickly set the bar high by serving them on a slate compared to Barclays bringing them out on a platter. 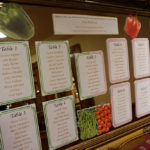 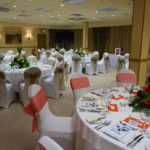 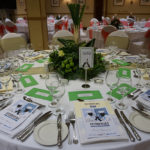 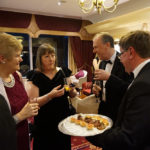 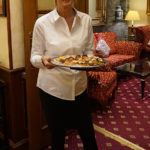 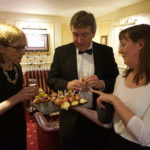 At the tables, Baines Wilson LLP were the green team and Barclays the red team – here the good taste and keen eye for detail came from Lake District Hotels as the chairs were tied with fabric bows in the team colour and the table decorations were a mixture of red or green vegetables and fruit rather than flowers!

Diners started with a goats cheese panacotta with beetroot and golden beetroot cooked in a number of different ways. 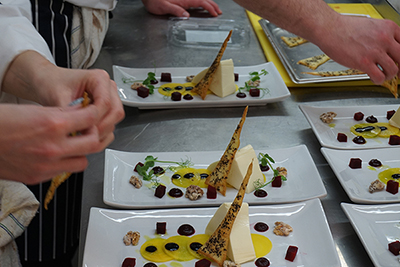 A trio of chicken was the main course, with a chicken lollypop causing a lot of interest and amusement. The touch of sage in the glaze on the fondant potatoes was noted by the diners with finely tuned tastebuds and the tiny turnips a real treat. 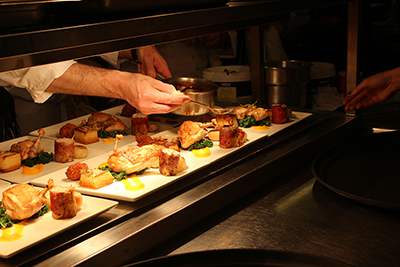 Then came the dessert, a chocolate mousse torte served with ‘chocolate soil’ – something which baffled the guests even after tasting it!

The efforts of the bankers and lawyers clearly made a good impression as diners paid a donation according to their satisfaction with the food and the service. 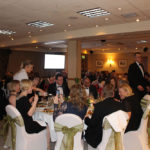 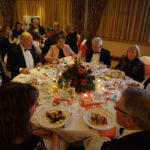 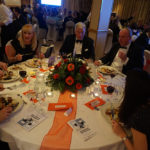 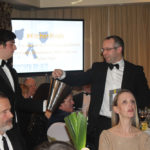 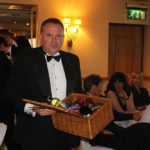 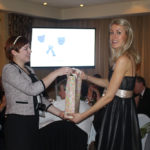 The amount raised was made possible by the generous additional funding from Barclays which totaled £2000! With further matched funding potentially available from Barclays the sum raised could potentially could rise by a further £1000 to £13,000.

Joanne Holborn, Employment Partner at Baines Wilson LLP said: “It was a fabulous evening and I am delighted we managed to raise so much for such good causes. Thanks to all involved for their tremendous support.”

Kit Graves, Managing Director of Lake District Hotels said: “It was encouraging to see how the solicitors and bankers took their roles seriously, in front of house and in the kitchen, and were able to produce such fantastic food and service under the guidance of our professional staff.  The overall result was a fabulous evening with great food in beautiful surroundings with lots of money raised for our three charities.”

Russell Young, Director Corporate Banking for Barclays said “The amount raised on the night surpassed my expectations, thanks to all those who support the event.”

Lake District Hotels is a group of 7 family owned and run hotels, the owners partnered up with Cumbrian business law firm Baines Wilson LLP and Barclays to host the knife and fork challenge ‘Kitchen Rivals,’ a black tie event at the Lodore Falls Hotel, on the shores of Derwentwater, on Thursday 28th January 2016.