The switch on took place on the 12th November as children, parents and teachers were welcomed to the hotel. The illuminations celebrated a successful competition where pupils submitted their Christmas card designs which were judged by Lodore Falls Hotel and Spa manager Matt Collins. 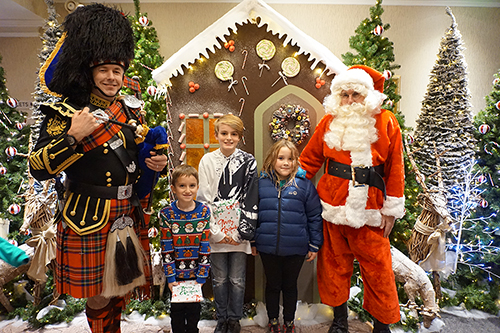 While this was Mark’s second win in the Christmas card competition, Ben brought success again to the Booth family. In April older brother Tom won our design a sandwich competition which helped to raise over £800 for Keswick School, our charity of the year.

Matt said “we were thrilled with the standard of this year’s competition entries. The children all produced some fantastic cards and this was a great opportunity to celebrate  while illuminating the hotel”. 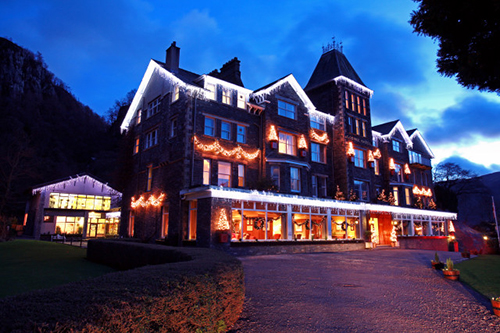 Winning pupils illuminated the hotel with the help of Matt and a special appearance from Santa Claus. Gretna Piper Craig Irving accompanied the merry celebrations, but don’t worry if you missed him, Craig will also be seeing in New Year’s Eve with us across our hotels! 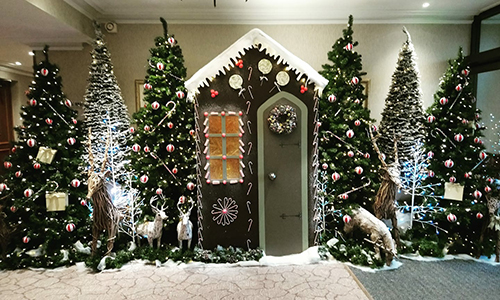 Lighting up the valley, the switch on marks the beginning of the festive period across the Lake District Hotels group. Festive dining has begun,  the decorations are up and a host of exciting events have been planned. From delicious mulled wine to stylish News Years celebrations at Mizu, there are plenty of Yuletide treats on offer this winter.

« Be one of the first to try The Falls Spa!