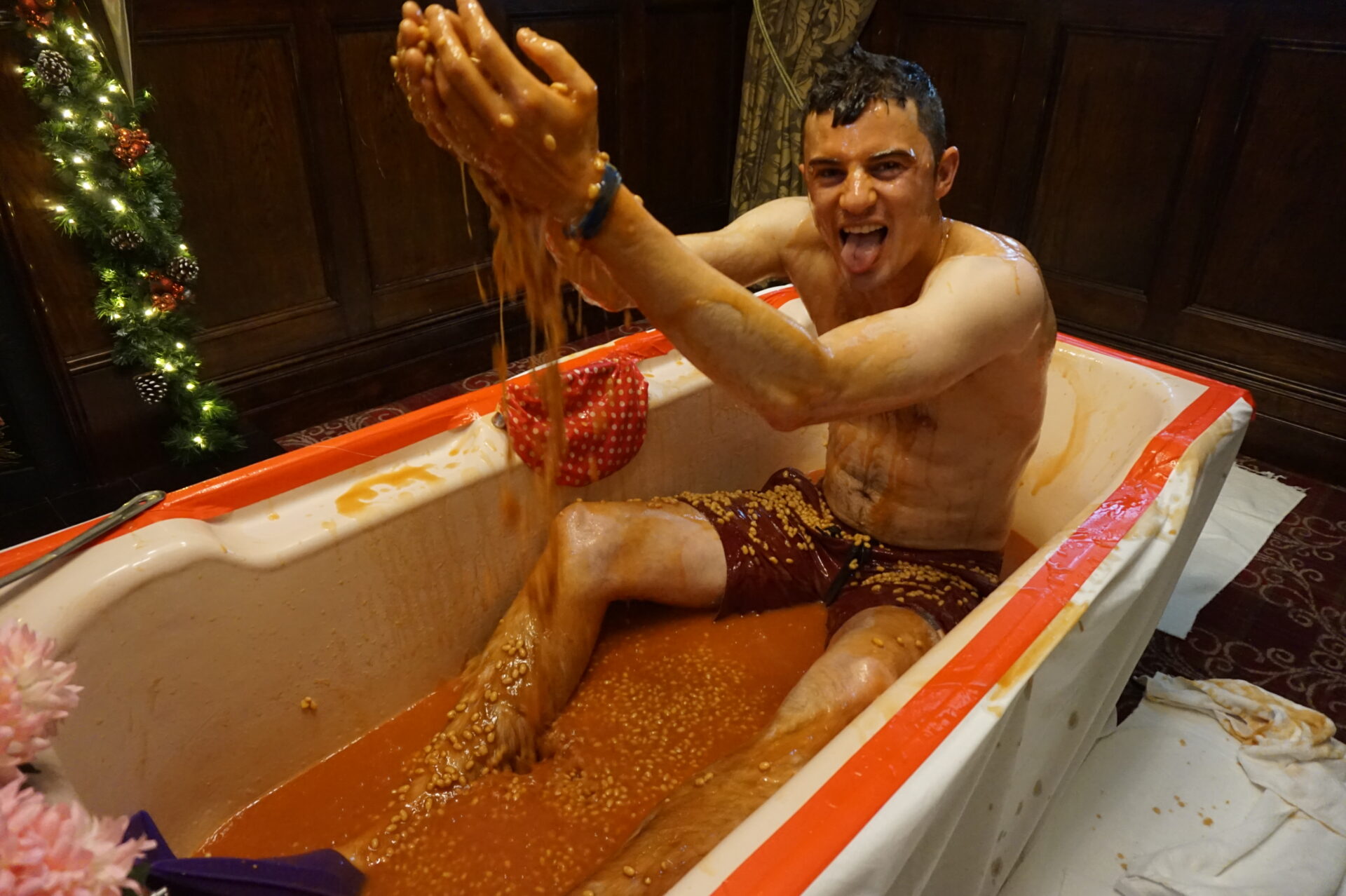 Baked bean challenge raises over £200 for Children In Need

It was all fun and games on Friday 18th November, as locals and visitors to the area popped into the George Hotel in Penrith to watch General Manager, Dave Hobson sit in a bath tub full of cold baked beans, to raise money for Children in Need.

Dave was covered in beans for a full 30 minutes in the lounge area of the George Hotel, using a bathtub and 18 large catering tins of beans. Money started pouring in as people passing by paid their donation to cover Dave with baked beans and many of the staff were even queuing up to have a go, helping to raise a grand total of £228.15. 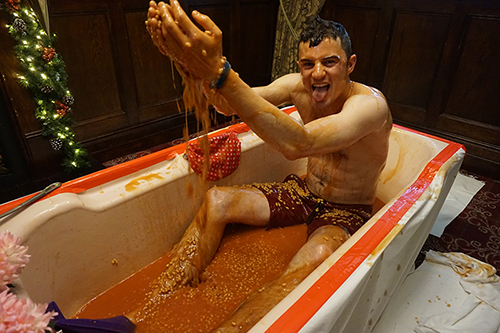 Dave commented: “The idea of sitting in a bath of beans was suggested by our Sales Manager as a joke but it soon became a reality when she made contact with Pioneer Food Services who offered to donate 18 large catering tins of baked beans. It’s a great feeling to know we’ve done our part in contributing towards the impressive £46,624,259, which has been raised for the 2016 BBC Children in Need appeal.”