Work has started on completely revamping The Queens Hotel in Keswick, with plans for the hotel to close completely on 17th November. The project began as soon as Lake District Hotels group purchased the Queens hotel in April this year, when Kit Graves (Director) and Dani Hope (Marketing Director) appointed Hyde Harrington Chartered Surveyors from Carlisle to assist with the project.

Every part of the hotel is being refurbished, including all 34 bedrooms, corridors, lounges, bar, reception, restaurant, kitchen, and service areas as well as new heating/water system throughout with new boilers, electric supplies, gas, and even a brand new lift – everything is being updated! Kit Graves and Dani Hope have been steering the design and look of the interiors alongside Frank Whittle Partnership, from Preston, who have worked with the Lake District Hotels Group for the last 6 years on refurbishments in the other 6 hotels.

Phase 1 of the project began in September with 14 of the bedrooms  being closed in the back wing of the hotel. The first floor of bedrooms was completely demolished as they all looked out over a flat roof to a brick wall. They are now being rebuilt on the other side of the building so that they look out towards Skiddaw and Latrigg and includes one less bedroom so overall the rooms will be more spacious.

Naylor and Walkden, fit out contractors from Wigan, have been assigned to complete phase 1 of the project. They now work towards the tight deadlines to get phase 1 completed by January and are responsible for delegating the work to local tradesmen from Cumbria and the North West.  They have been encouraged to use as many Cumbrian Tradesmen as possible and are currently working with; West Coast Surveys from Workington, PK Engineering from Carlisle,  Ken Newton Tiling from Maryport, SAS Builders from Workington, Storey Decorators from Carlisle and many more.

The rest of the Queens hotel will close on the 16th November when a Clearance Sale begins (on the Sunday) and is open to the general public who may wish to buy any of the items they see in the hotel such as furniture. Phase 2 of the project begins on Monday 17th November which sees the remaining 21 bedrooms at the front of the hotel being renovated as well as the entire ground floor of the hotel.

The hotel is planned for reopening for Easter weekend 2015. 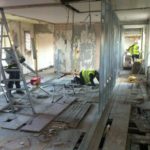 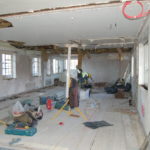 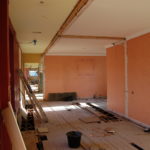 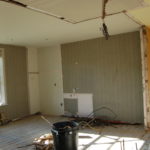 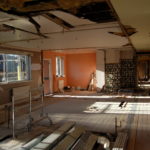 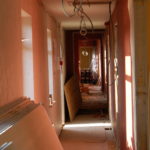