Book today and pay nothing plus free cancellation on our flexible rates!

Charity of the Year

Charity of the year

Over the last couple of years, we have introduced a charity of the year to support. First put to practise in 2016 by supporting Amy’s Care, where we raised just over £8,000, this then continued into 2017 where an outstanding £11,426 was handed over to Blood Bikes Cumbria.

With close connections to Keswick School, our 2018 and 2019 fundraising activities will go towards implementing a plan to help improve the food technology kitchen within the school, making it more effective and more engaging for the children, with the aim to encourage more students to take up careers within the hospitality industry. To help turn this goal into a reality, we have teamed up with Howdens Joinery of Keswick.

Keswick School is one of the most recognised schools in the North of England. A national teaching school with a reputation for excellence, the school is rated as outstanding under every category by Ofsted. Yet despite the accolades and consistently high student achievement, the school is under enormous pressure following years of successive funding cuts. Therefore, partnerships with the community are vital for the future of the school. 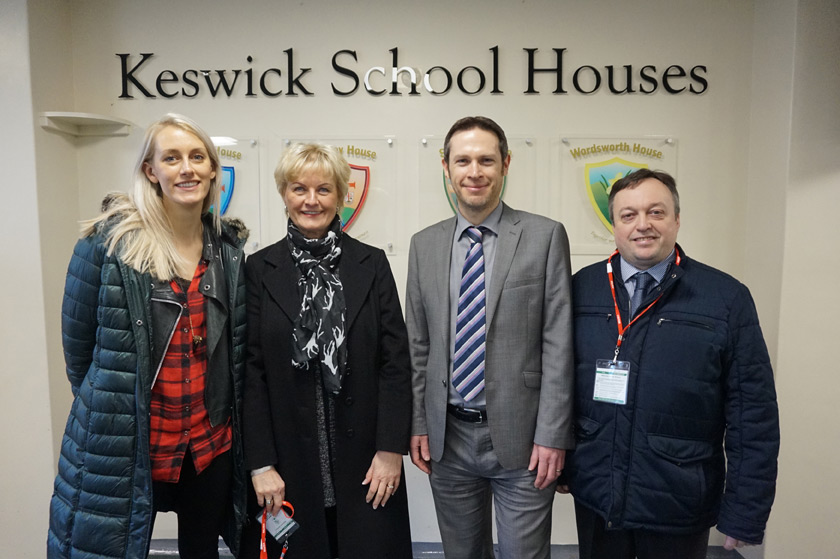 "As a responsible business, part of our ethos is to support the local community, so it’s a great privilege to be in a position where we can help Keswick School. I myself, along with a large percentage of our employees attended school here, so it’s a special place for many of us. We plan to hold various fundraising activities throughout the year, on top of this our talented chefs will visit the school to give the children tuition classes." Dani Hope, Lake District Hotels Director.

With over 1,230-day students and 50 boarding students from across the world, Keswick School has a unique international dimension. Attracted by a blend of traditional values, innovative teaching and extra-curricular opportunity, students are confident, friendly and distinctive. Qualities which give them a great start for their future careers.

An important part of school life is a broad and balanced curriculum which caters to the needs and interests of a diverse student population. In the current climate the Government policy has marginalised technology, a sector of the economy in which the UK has a world class reputation. One area that has seen a complete lack of investment is food technology.

Mr Jackson, Head Master at Keswick School commented;
“Food technology is taught to students in years 7, 8 and 9. Practical cooking sessions are the main part of these lessons, students learn to use a variety of cooking techniques whilst making and developing a range of good healthy food, safely and hygienically.”

"In years 10 and 11 students can choose to study hospitality and catering or food preparation and nutrition qualifications with many students choosing a career in the food industry once they have left school. However, all of this is undertaken in less than ideal facilities. Cookers and sinks are often overcrowded and some equipment is well past its best. Without any spare funding to improve the situation and no grant funding available, the future for food technology is a concern.

It is therefore with enormous delight that we look forward to working in partnership with Lake District Hotels Ltd. to help sustain this essential subject over the next year and into the future." 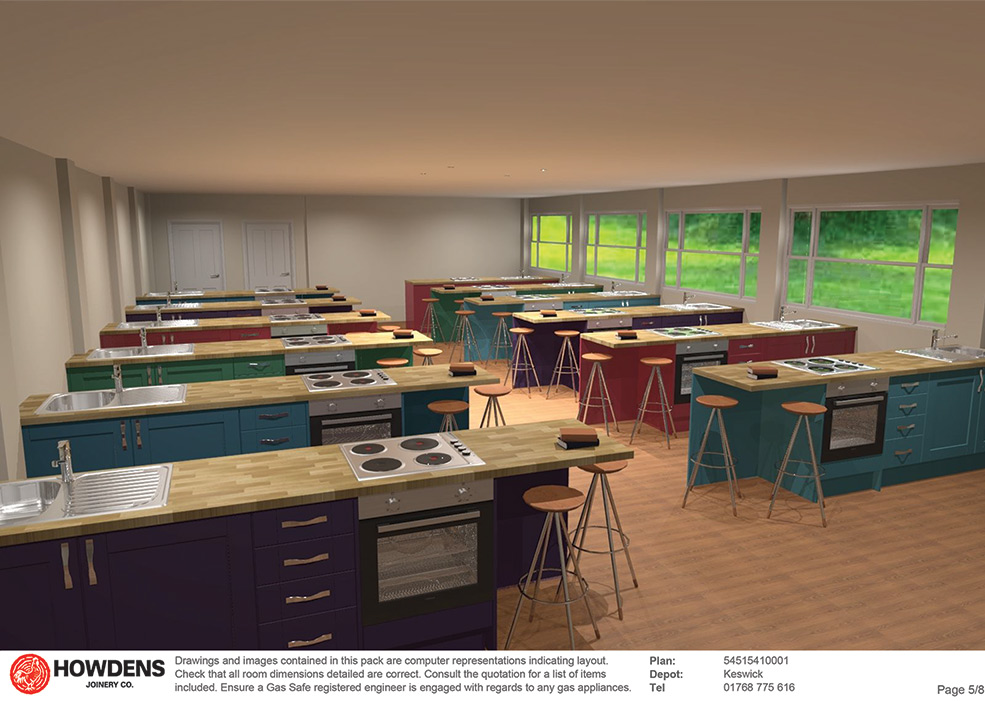 The above image shows how the kitchen will look after completion.

Money raised so far this year

Throughout in 2017, our Charity of the Year was Blood Bikes Cumbria, a nationwide organization that provides out-of-hours transport, 365 days of the year to transfer urgently needed blood, drugs and other medical requirements between hospitals and blood transfusion banks. A total of £11,426.27 was raised.

Back in 2016, Lake District Hotels’ Charity of the Year was Amy’s Care, a family run Community Interest Company which provides Social Clubs for older adults, day care specialising in dementia and dementia holidays all allowing people to lead a stimulating and fulfilled life. A total of £8,276.63 was raised.

In addition to our fundraising a total of £5,700 has been kindly donated from Thomas Armstrong Group, Hyde Harrington & The Keswick Rotary

October 2018
Charity Calendar
Our charity calendar raised £2,403.93 and included 12 images of Keswick, all submitted by students from Keswick School

March 2019
Wild West Night
Lodore Falls Hotel & Spa raised a rootin tootin £2,460 at their Wild West night, with £20 from each ticket and the raffle money all being donated

Apr-Oct 2019
Sandwich Competition
Beth Payton (student from Keswick School) ‘Farmer’s Feast’ sandwich is available on the menus across our group. With 50p of each sale going to Keswick School

May 2019
Let’s get Quizzical
The Skiddaw Hotels weekly charity fun quiz has raised a total of £704.25, come along every Monday for a chance to win a prize

July 2019
Charity Raffle
For just £2 you can enter our raffle to WIN an overnight stay in a Deluxe Spa Suite at the Lodore Falls Hotel & Spa! For more information visit www.lakedistricthotels.net/raffle