Book today and pay nothing plus free cancellation on our flexible rates! 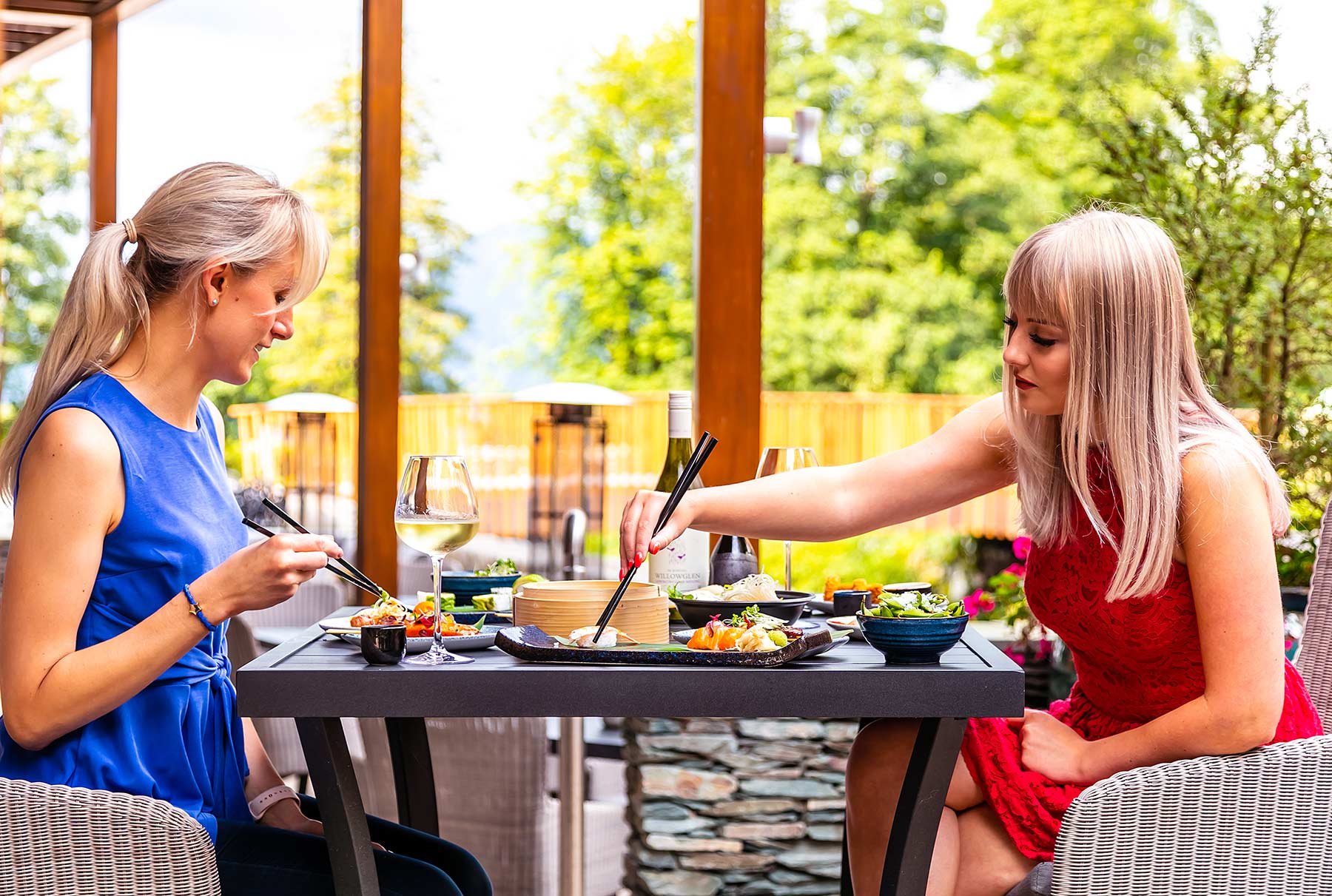 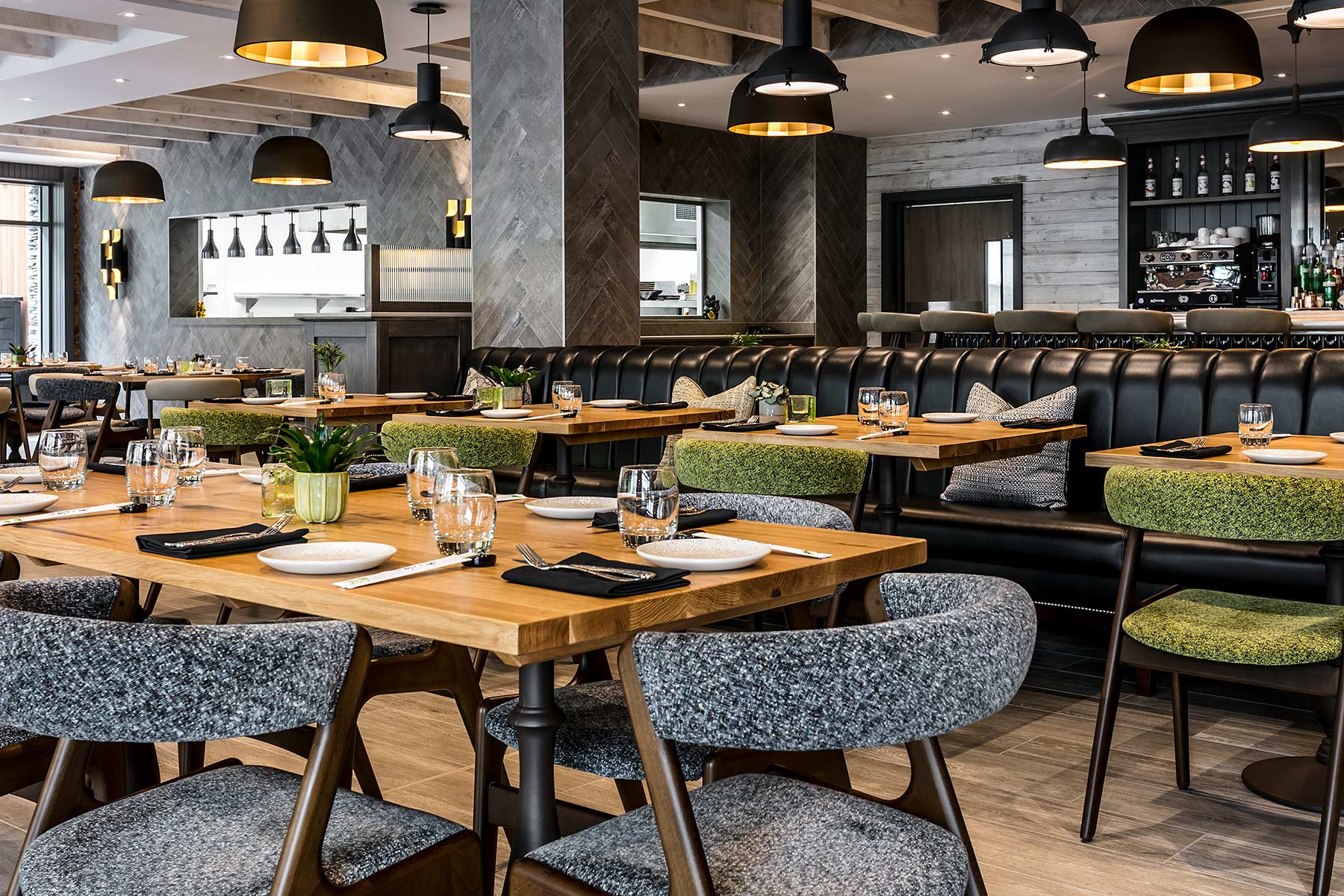 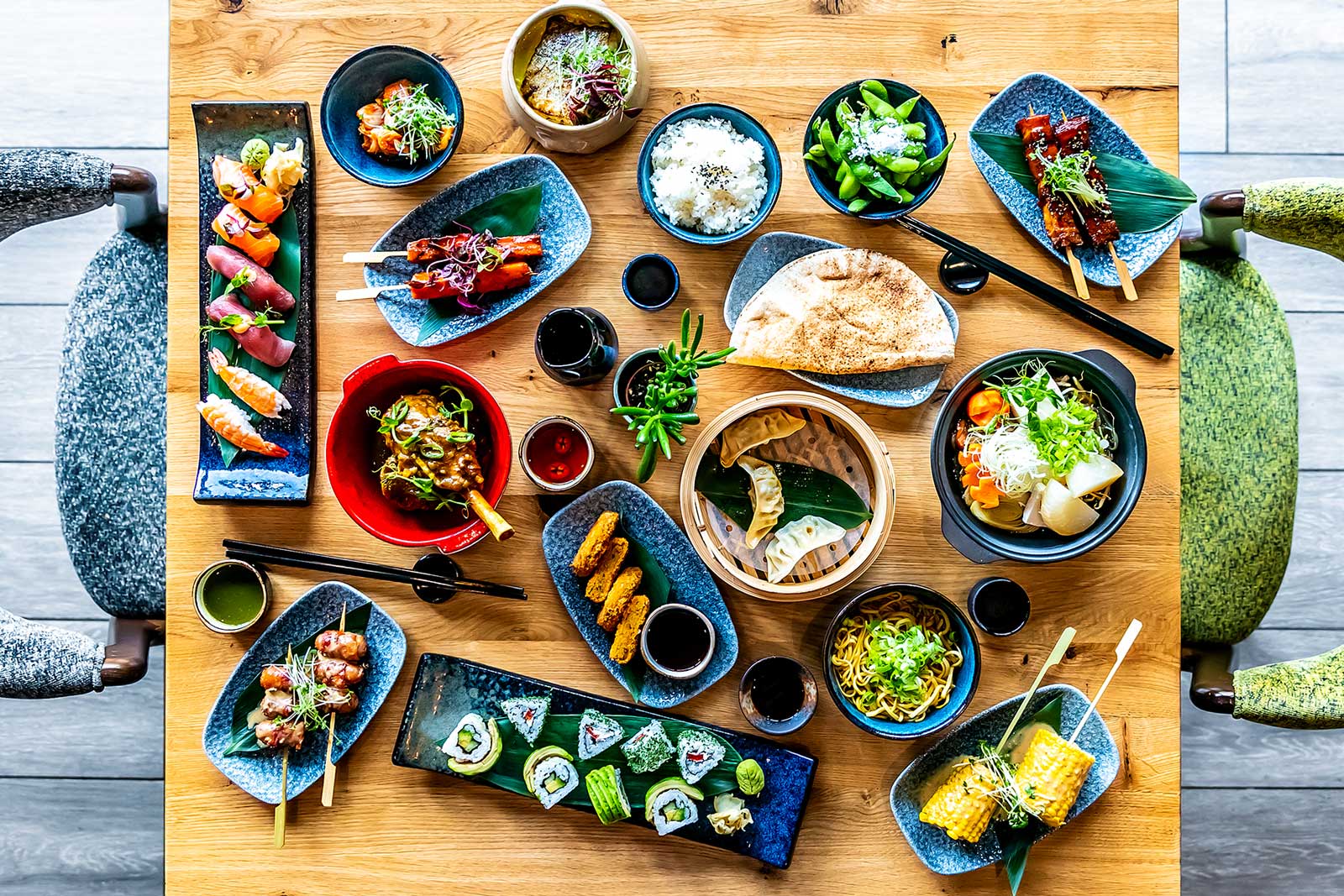 If you enjoy eating out in the Lake District but long for a fresh take on restaurant dining, you’ll love Mizu! A pan-Asian restaurant in the heart of the Lake District. Mizu’s menu is a treat for the senses: a selection of tempting Japanese, Korean, Chinese, Vietnamese and Thai specialities, expertly prepared by our highly skilled team of chefs from the freshest ingredients. Expect sensational sushi and sashimi, crisp tempura, fragrant curries and delicately spiced bowls of ramen, as well as tender meat, chicken and fish dishes from the grill, Mizu-style. 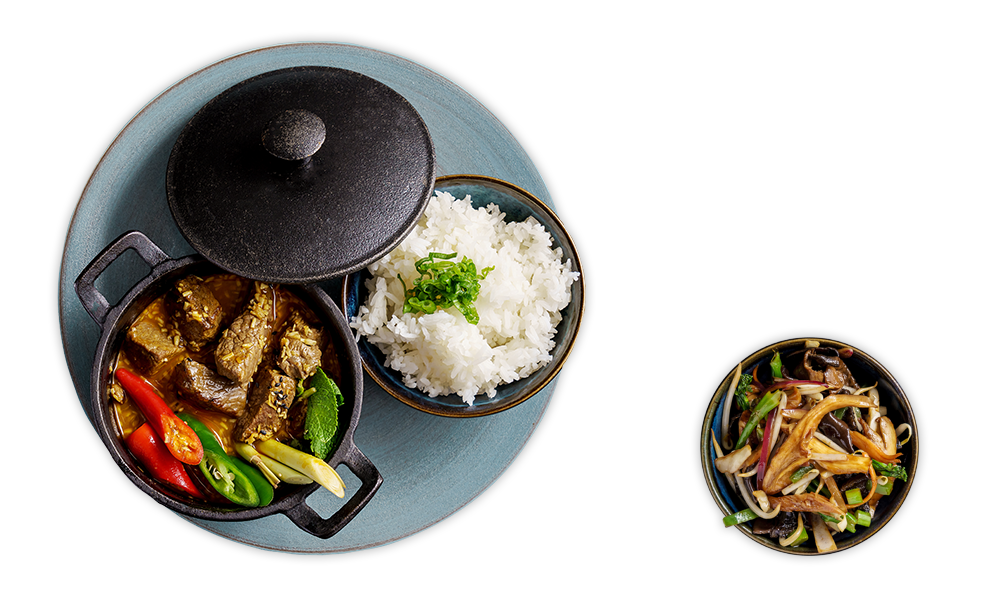 Asian-inspired dishes in the Lakes

We’ve taken the Japanese expression for water – Mizu – as inspiration for our exciting new Pan-Asian restaurant on the shores of Derwentwater. With the lake on one side and the Lodore Falls on the other (plus our famous Cumbrian climate!), Mizu certainly lives up to its name, offering guests a unique opportunity to taste fresh, Asian-inspired dishes in the heart of the Lake District.

We’ve stuck to our Zen theme inside, too, where you’ll discover décor that’s designed to create a relaxed ambience, with cool, elemental colours, floor-to-ceiling windows and lots of natural textures and materials.

We’ll invite you to begin your Mizu experience with drinks at the stylish cocktail bar before taking your seat in the restaurant. If you prefer to dine alfresco, you can always decamp to the riverside terrace, where patio heaters and cosy blankets will help to keep the chill off on cooler days. The open-plan kitchen offers a fascinating snapshot of a busy restaurant in action – see for yourself how great food gets from oven to plate. 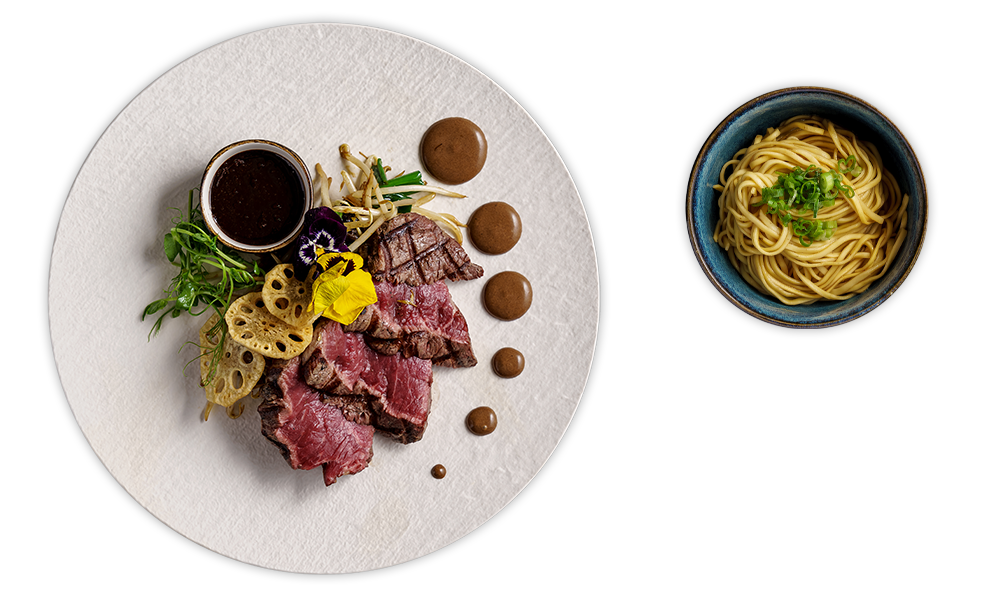 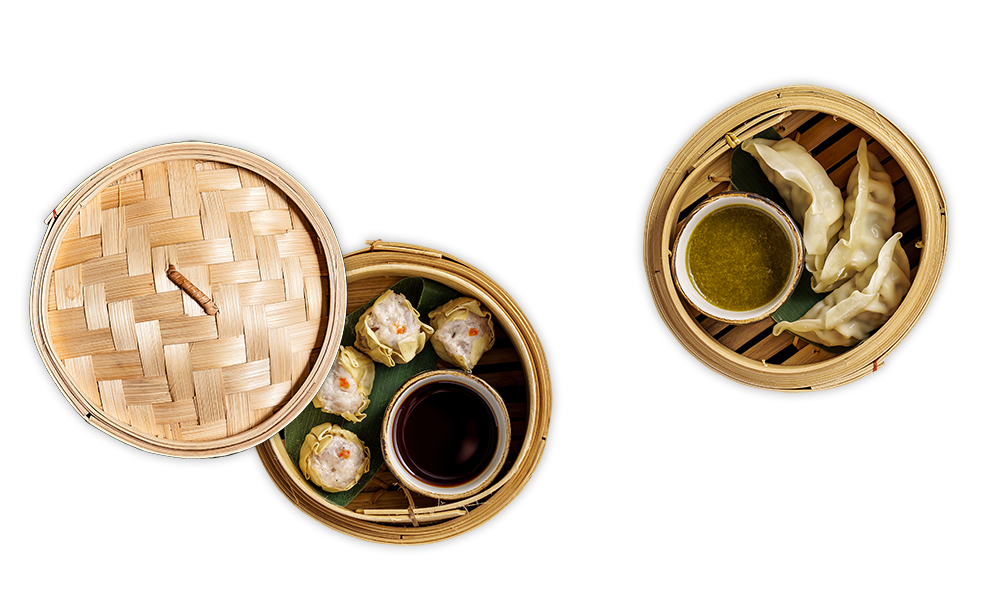 What a fabulous location for a laid-back lunch with friends. We recommend the relaxed vibe of the riverside terrace, where you can share our popular platters, mix and match a selection of sticks, salads, sushi and sides for an authentic Asian experience – all accompanied by the soothing sounds of the Watendlath Beck as it flows to the lake. Bliss!

Whether you’re planning a romantic evening for two or a family outing that’s a break from the norm, Mizu is the perfect destination. There’s something for everyone on our eclectic menu from classic Japanese nori-wrapped maki sushi to fragrant Thai-style curries. Dishes also include tender cuts of beef, lamb or chicken, prepared by our chefs and served straight from the grill. Simply delicious food, beautifully cooked. 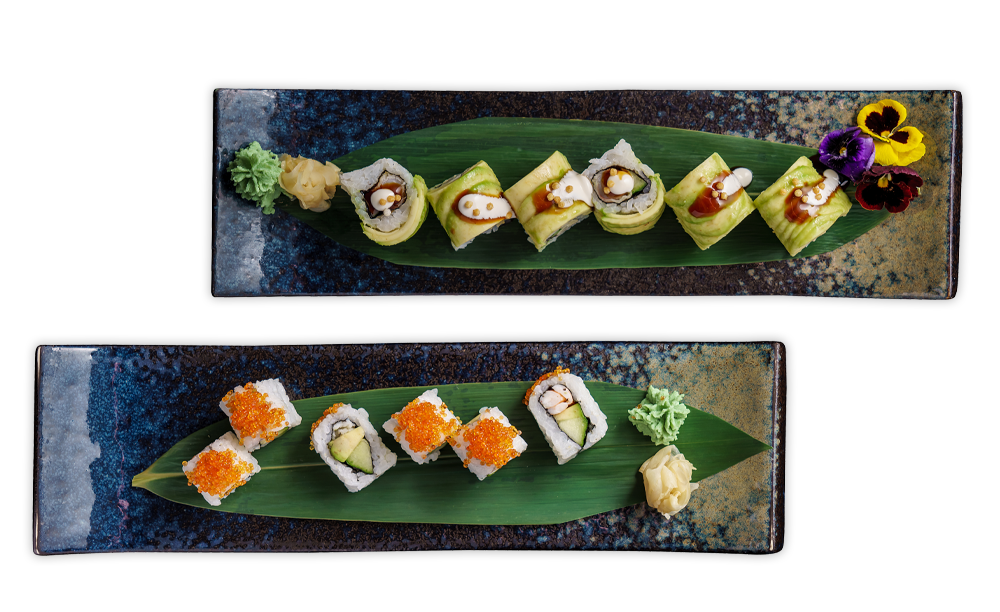 Antonio De Gracia is a highly-talented Pan-Asian chef whose impressive cooking career has taken him across the globe. With a love of Japanese cuisine that was ignited in his early years, Antonio brings a dynamic energy to Mizu which has heavily influenced both our menus and values. After being inspired by all the vibrant cuisine around him, Antonio began studying the art of Japanese cooking at the tender age of 16 in his hometown of Manilla in the Philippines. The gifted chef has since been doing what he loves for the past 4 decades; continuously expanding his culinary expertise and perfecting a diverse range of Asian cooking styles.

His professional cooking career began at the 5-star InterContinental hotel in Abu Dhabi and since then, Antonio has been awarded Head Chef positions at some of the finest hotels and restaurants in Dubai, London and Birmingham including the Grand Hyatt (Dubai), Kurobuta (London), Moshi Moshi (London) and Miyako Teppanyaki (Birmingham). Although Japanese cuisine will always be his first passion, Antonio’s professional cooking career has since seen him expertly trained in Thai, Burmese, Malaysian and Indian cuisines among others. Throughout his vast career working in high-end hotels, Antonio has also found culinary inspiration from experience assisting as a translator. During such times, he found himself exposed to lots of new and exciting foods which only prompted him to expand his culinary expertise further.

Our skilled chef is extremely excited by the prospect of introducing authentic and flavoursome Pan-Asian cuisine to the Lake District, and finds joy in the opportunity to offer locals and visitors a unique, cultural dining experience which they will not forget.

P.S Antonio’s favourite dish from our new menu is the Beef Rendang Curry, however his signature sushi and sashimi dishes will always remain highly esteemed in the chef’s eyes. 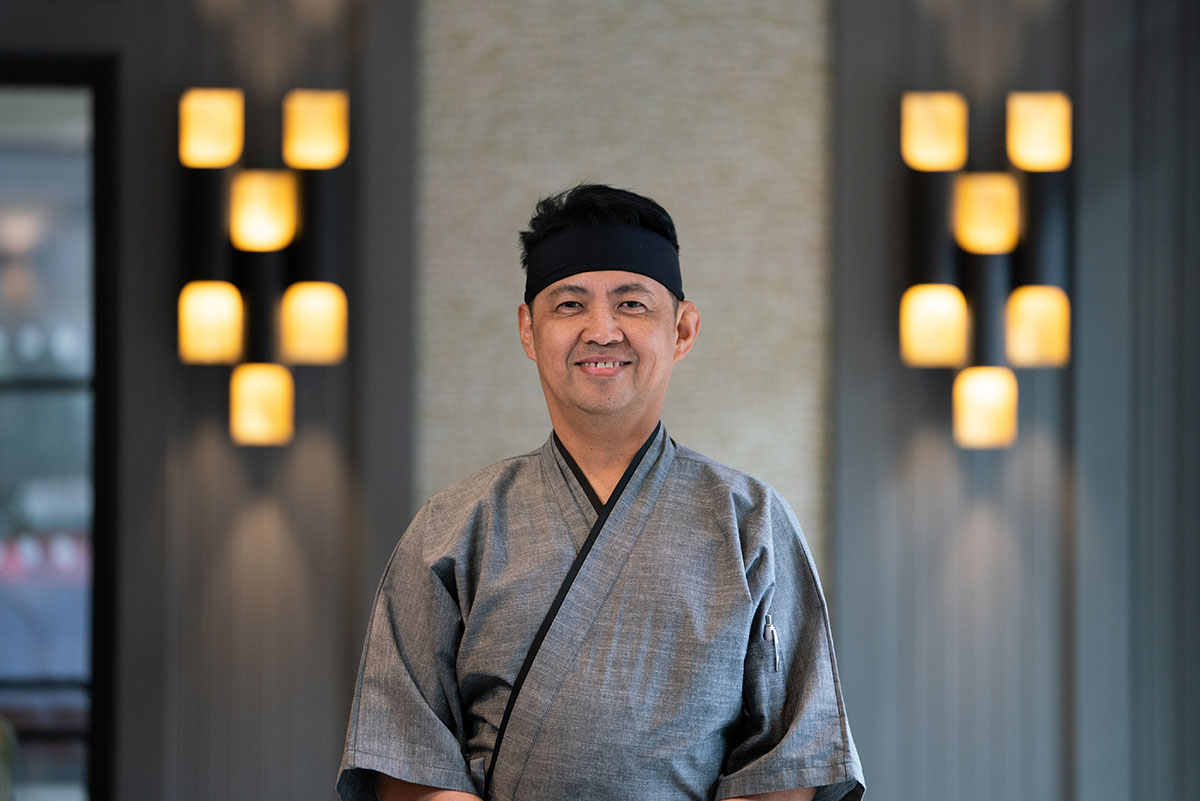