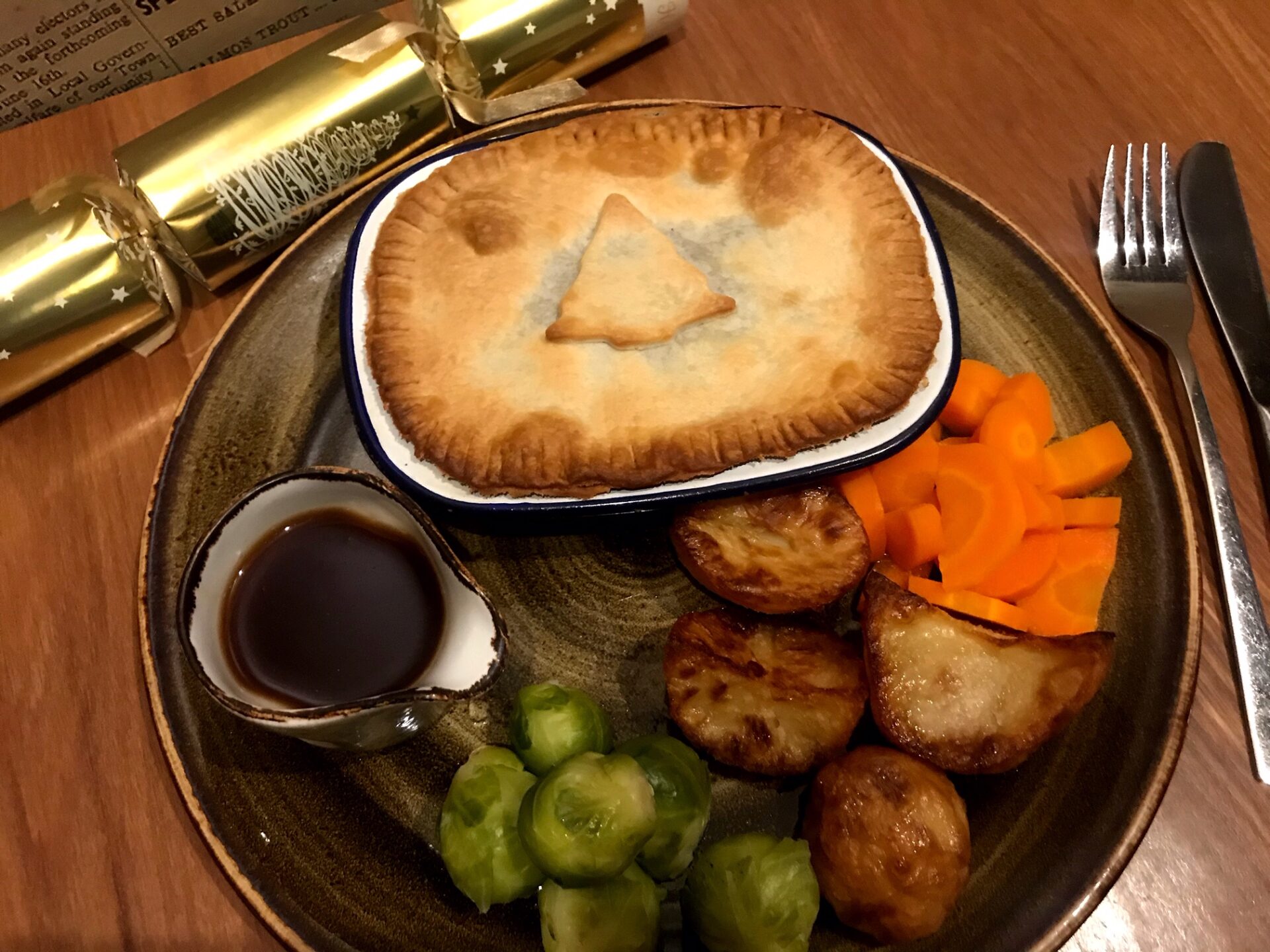 Experience a festive throwback at The Kings Arms

This Christmas, The Kings Arms hotel is serving up special mince pies, but not as we know them…

These traditional mince pies are priced at £13.95 per meal.

Of course, we are still offering confectionery mince pies as a festive snack for those who aren’t adventurous enough to sample this blast from the past. 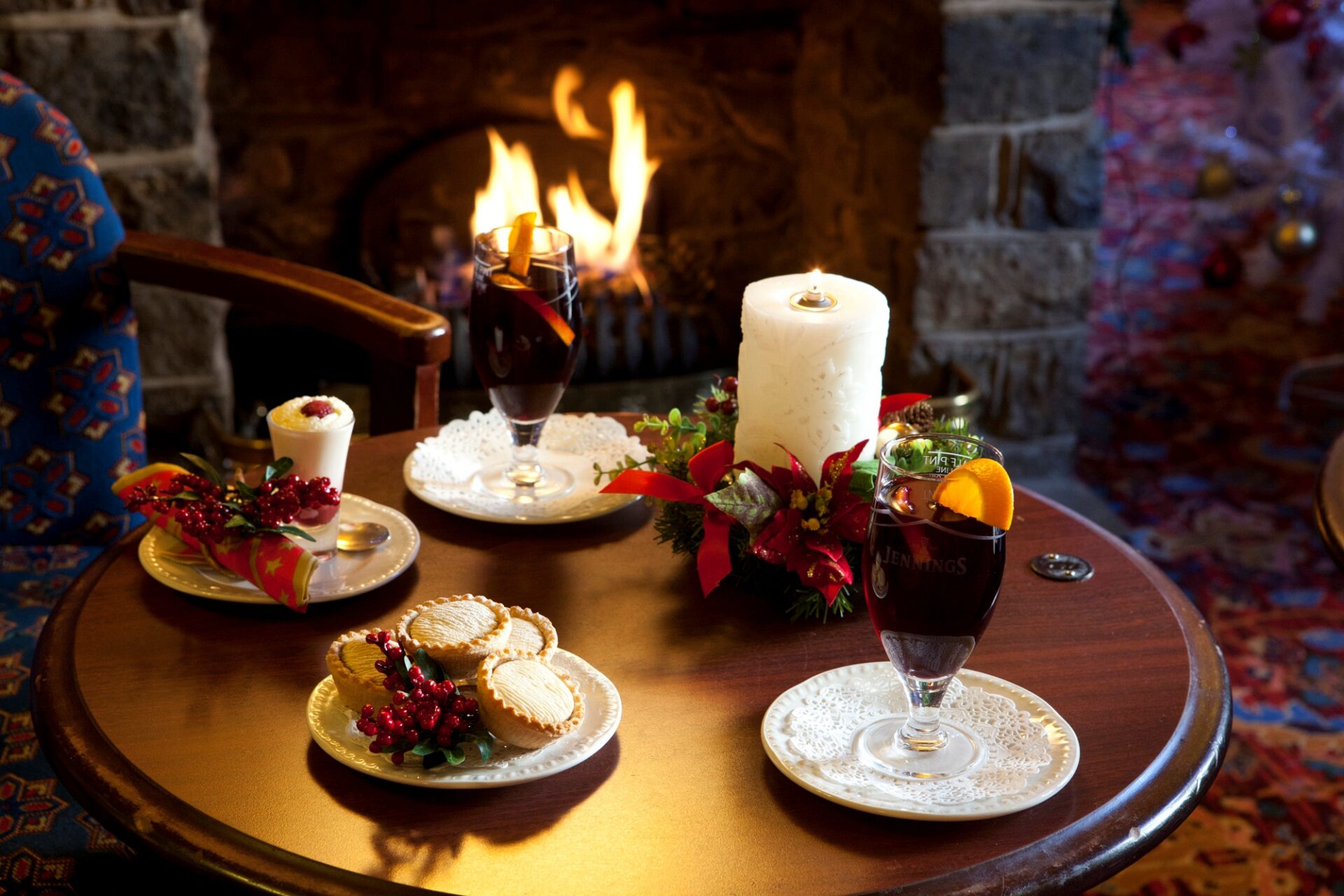 The perfect blend of meat and sweet

The Stuarts’ traditional mince pies were very different from today’s mini morsels of sweet mincemeat that we tuck into in the run up to Christmas Day. Instead, these traditional pies were made with a meat-based filling which was often made into one large pie served as a main course.

The Kings Arms researched the idea and found an original recipe dating back to 1624, which included ingredients such as:

“It’s important to get the right consistency with the ingredients so that the flavour in the mince pie is not dominated by the fruit, or the meat. I wanted to make sure the lemon zest was noticeable as a background flavour, while the currants, raisins and beef formed the main texture of the pie.” – Ian Southward, Head Chef at The Kings Arms 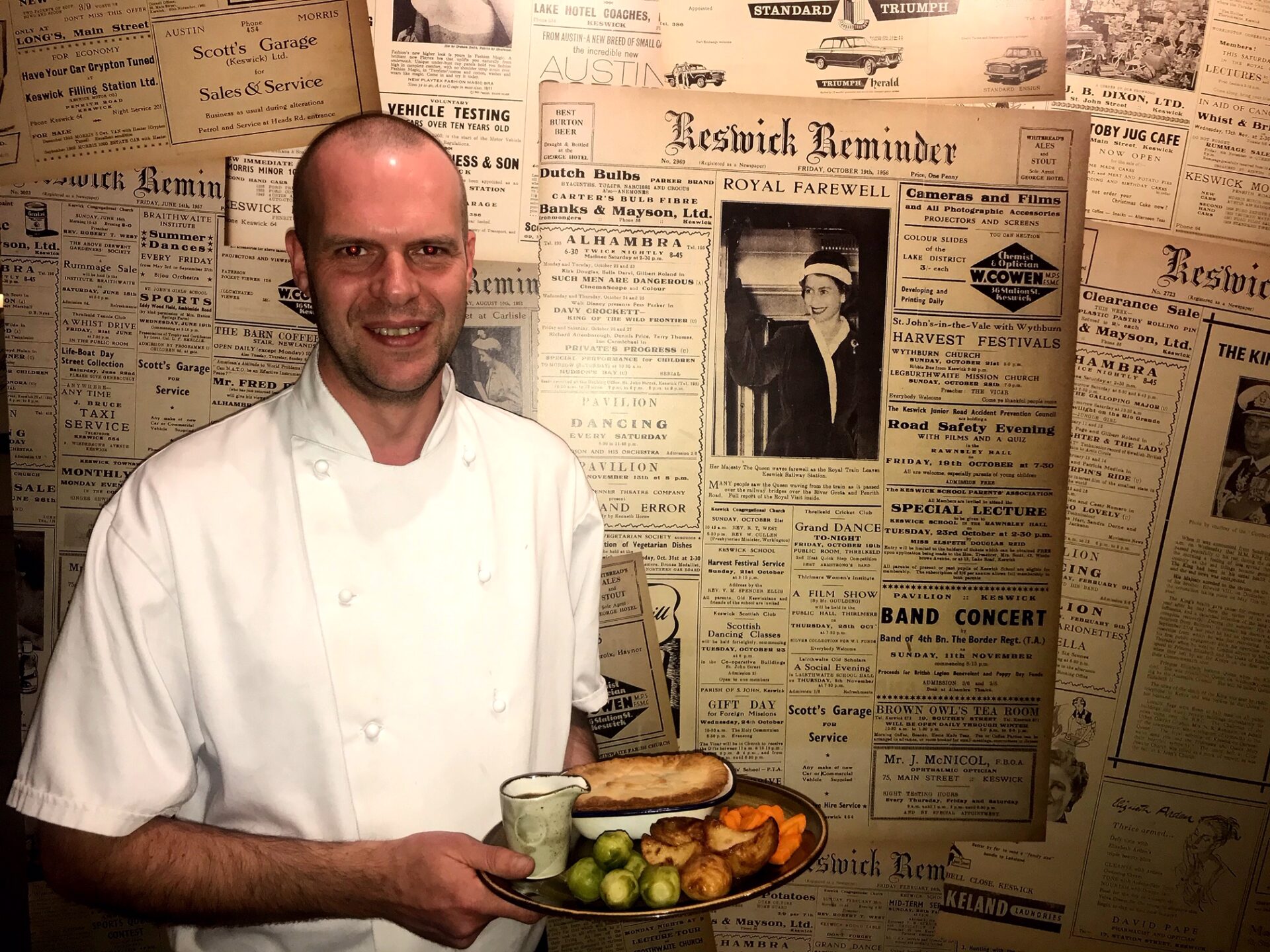 Back in those days, they didn’t have desserts like we know of today, so it was not uncommon for people to mix savoury and sweet ingredients together. In fact, the generous use of spices in food showed others how well of you were.

Head Chef, Ian, adapted the recipe slightly by replacing the original meats with Lakeland beef, slow cooked in the hotel’s local Christmas ale which has a fruity aroma.

The same Lakeland beef is used in the Kings Arms famous beef and ale pie, which sold over 5,500 pies in 2018!

Ian tested the recipe by slow cooking the braised beef for four hours. Whilst the beef was cooking, the fruit and spices were mixed together and placed in a fridge overnight for the flavour to develop. The mixture was then added to the beef the following day, bit by bit, being cautious not to overpower the flavours.

WHY SPEND CHRISTMAS IN THE LAKES → 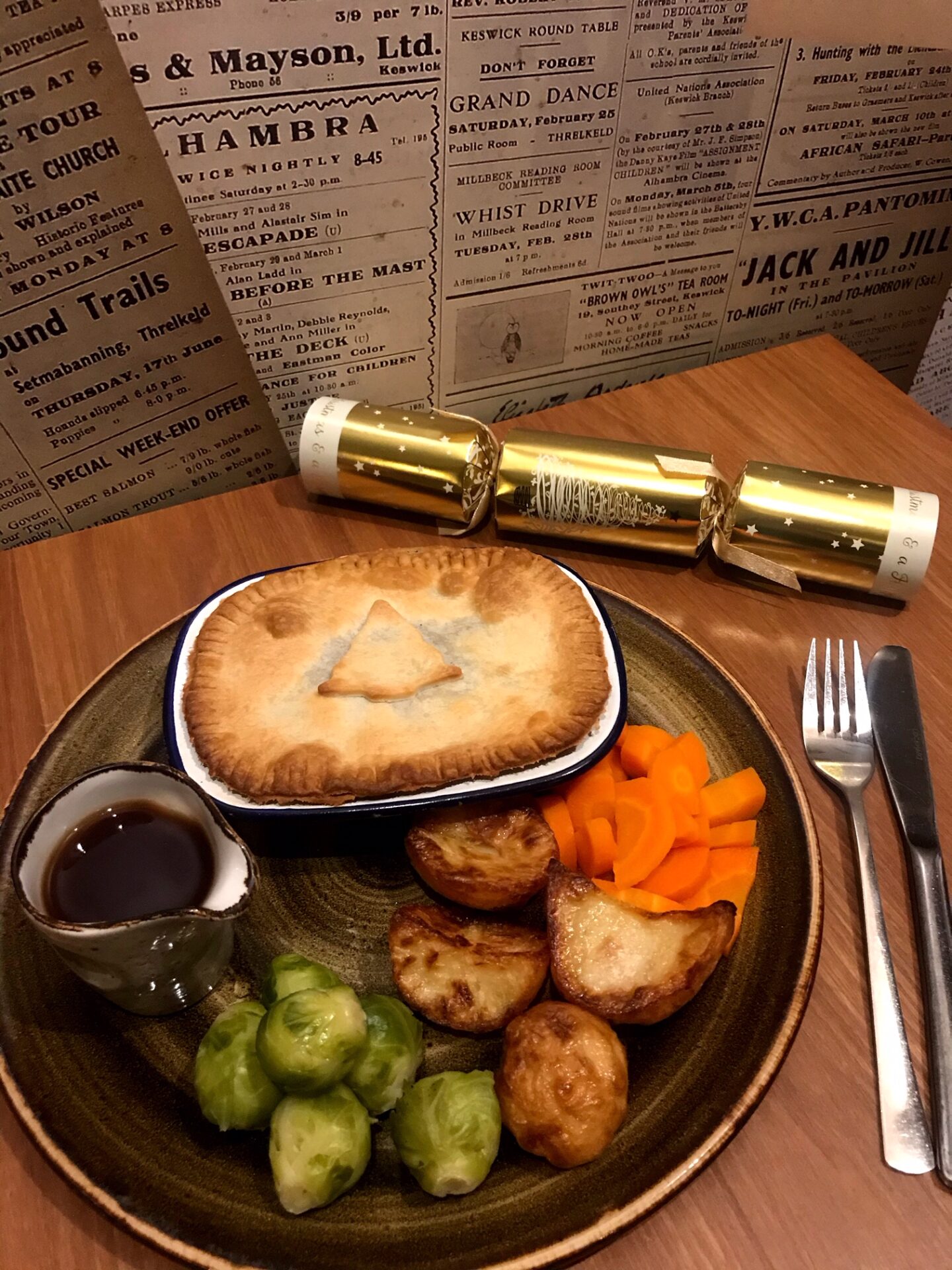 Putting the pies to the test

After cooking his vintage creation, Ian decided to let all his work colleagues have a try to get their verdict before adding it to the menus – it turned out that the taste test was a complete success, with everyone being in favour of the traditional mince pie!

“Our work colleagues were all unsure of the idea, so I served it up for staff lunches to test it out. After positive feedback I decided to add it to The Kings Arms specials board for Christmas. 17th Century Mince Pie – Lakeland beef, slow cooked in Jennings ale with mixed fruit and spices, encased in short crust pastry, crispy roast potatoes, Brussel sprouts, carrots and a jug of gravy.” – Ian Southward, Head Chef at The Kings Arms

Now it’s your chance to give the pie a try and let us know what you think of this festive throwback!

FOOD AT THE KINGS → 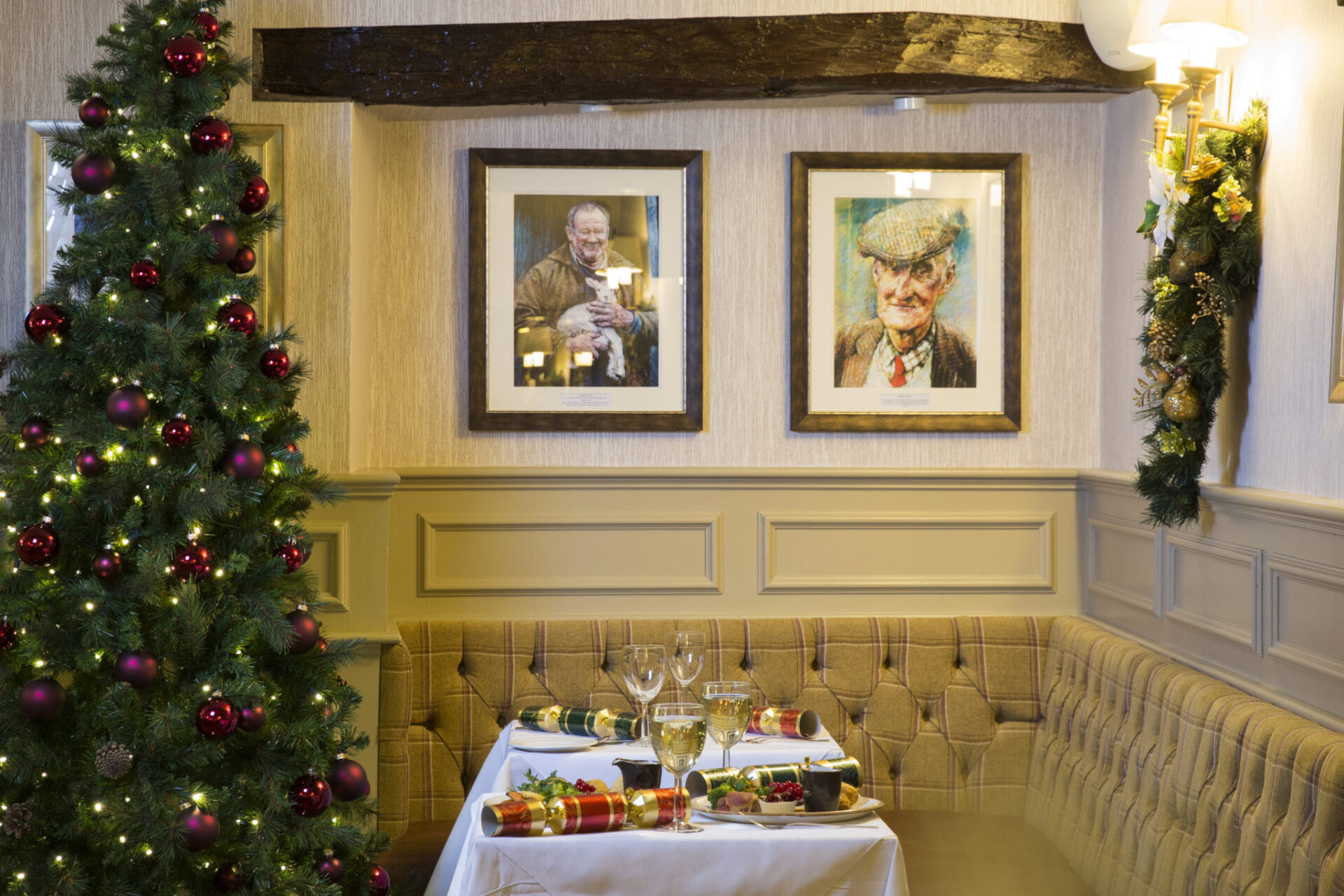 Of course, if the traditional mince pie is not for you, we have many of other festive dishes on our Christmas menus; so there really is something to suit everyone.

Just some of the festive delights we have on our menu include:

Have a go at our Festive Spot the Difference! »