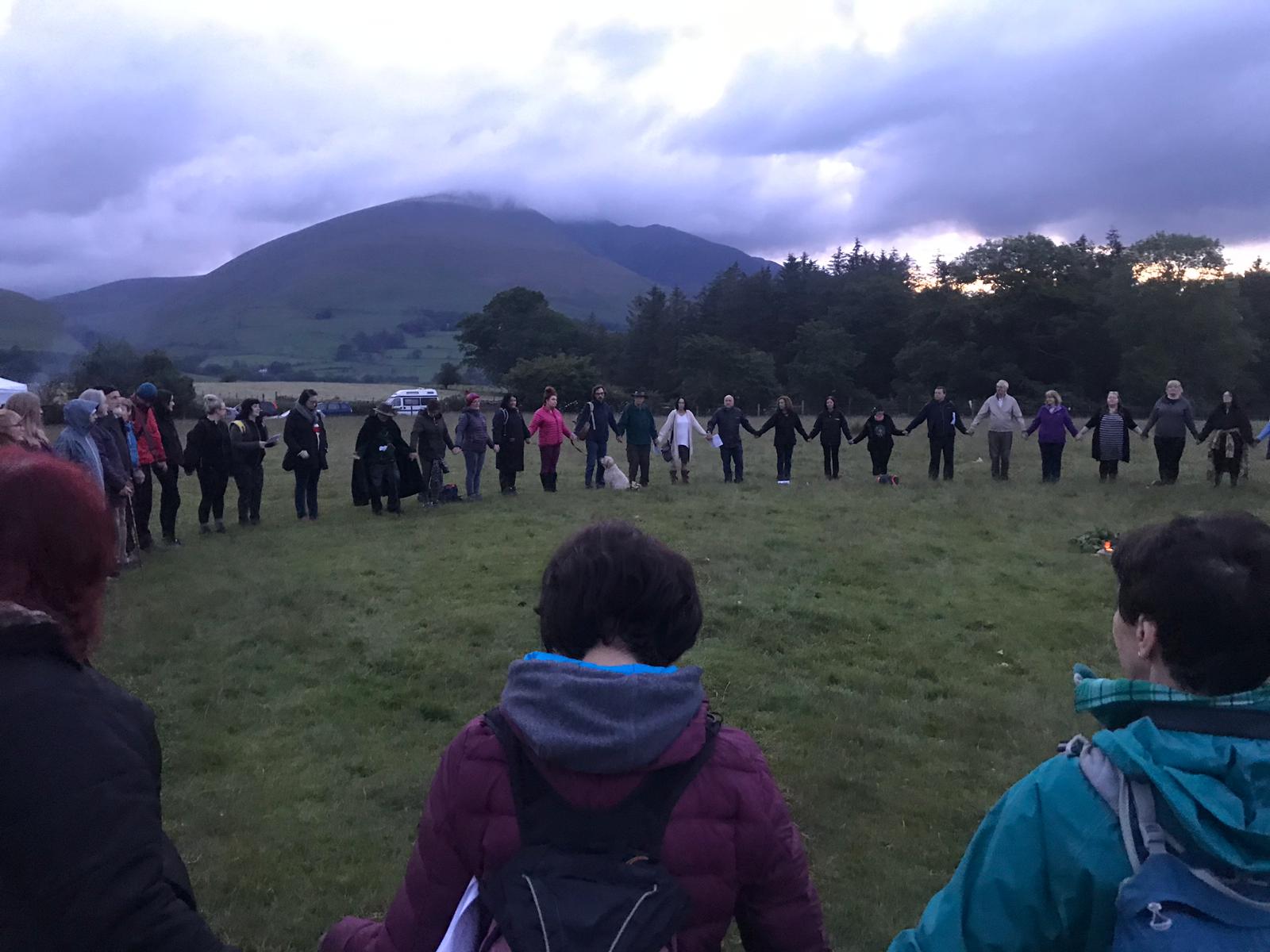 This year we hosted our 5th Summer Solstice Guided Walk and it was another roaring success! Not only did many local townsfolk join us for Britain’s longest day of the year, but even visitors from across the globe got involved with the festivities.

We were joined by a total of 50 guests which comprised of 48 adults and 2 children, all keen to watch the sun rise above the picturesque Lakeland fells. The annually hosted event grows in popularity each year, attracting a record-breaking number of guests in 2019 after last year’s hiatus. 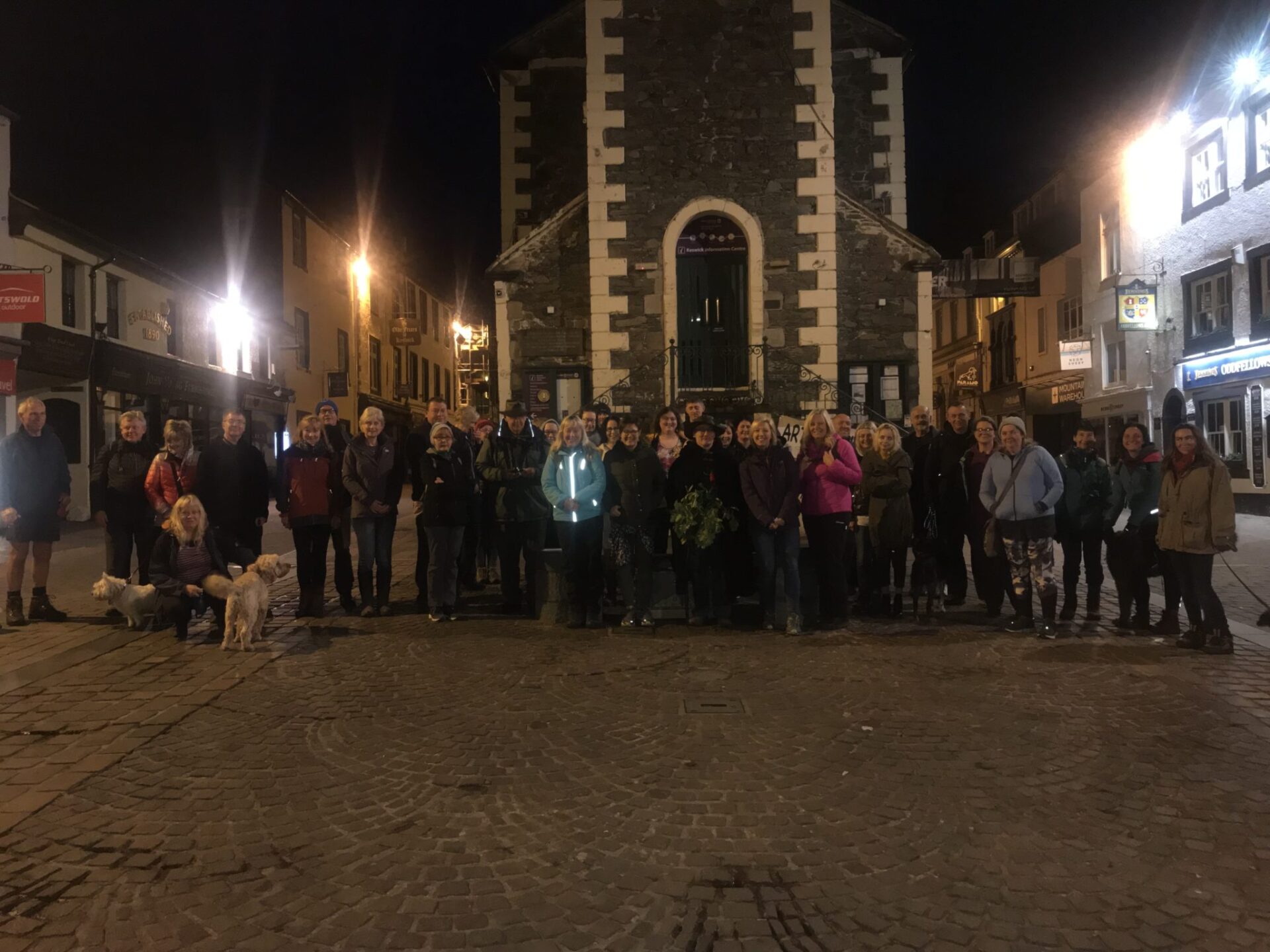 Two international guests among the crowd were Kate and her husband Steve who had travelled all the way from Catonsville, Maryland in the USA. The couple were ending their one-month tour of England in the beautiful Lake District when they found our event online and were instantly hooked on the idea!

“During our travels around England, I realised that we would be here for the Summer Solstice and wanted to find a tradition that was quintessentially English to celebrate the occasion. I did a quick search online which is when the Lake District Hotels Summer Solstice Guided Walk came up and it just sounded magical!” 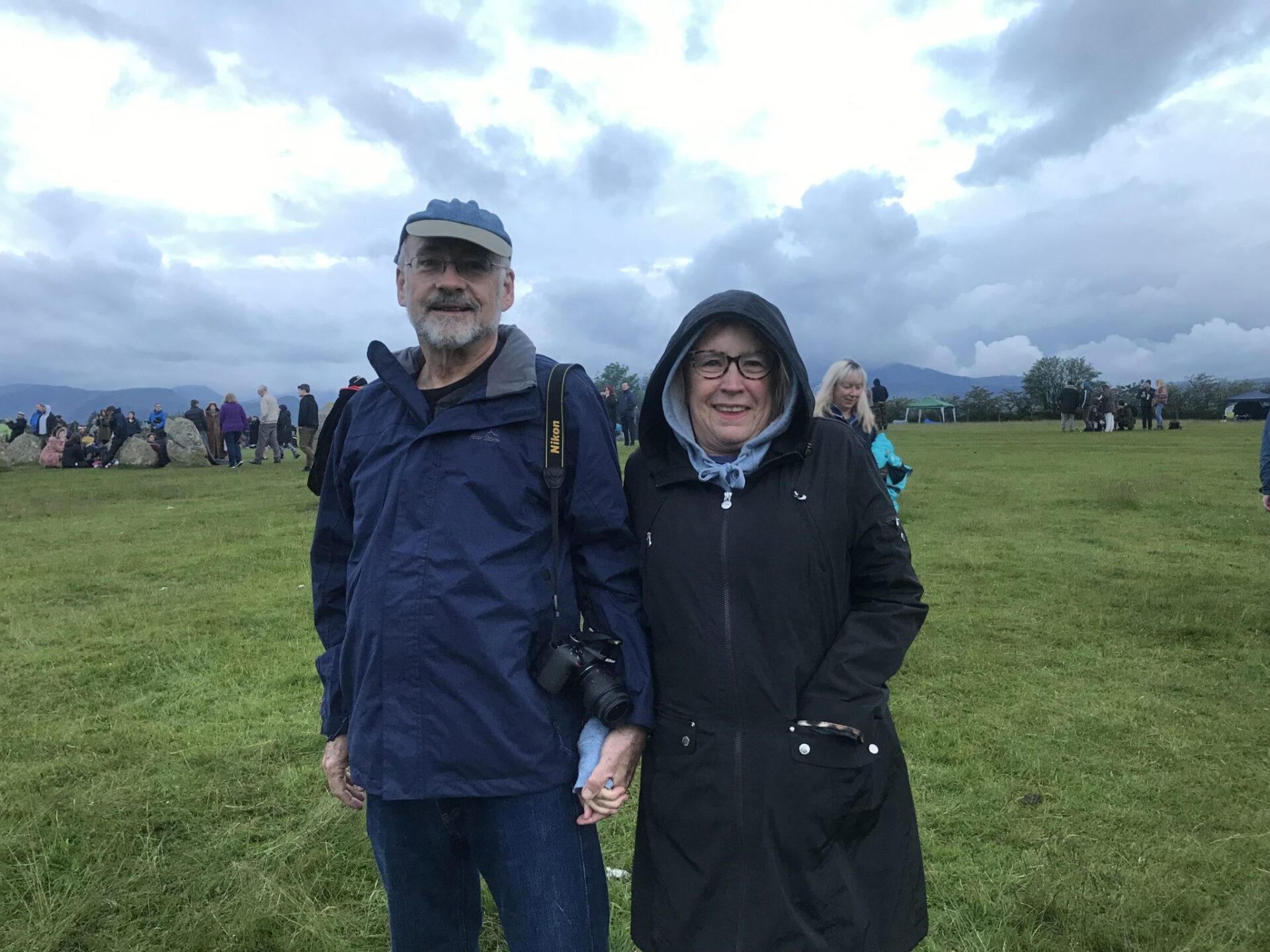 It was the couple’s first visit to the Lake District and the Castlerigg Stone Circle in particular, and the pair could not stop commenting on how blown away they were by the beauty of the area.

Another two international guests who attended the event were Natasha and her partner, who switched up the seasons and literally travelled to the other side of the world. The pair were visiting from Australia and they swapped their shortest day of the year for our longest, as it is the middle of the Winter season down-under!

We were also joined by 5 incredibly well-behaved dogs who were each confused as to why they were out walking so early, but happy about it nonetheless! 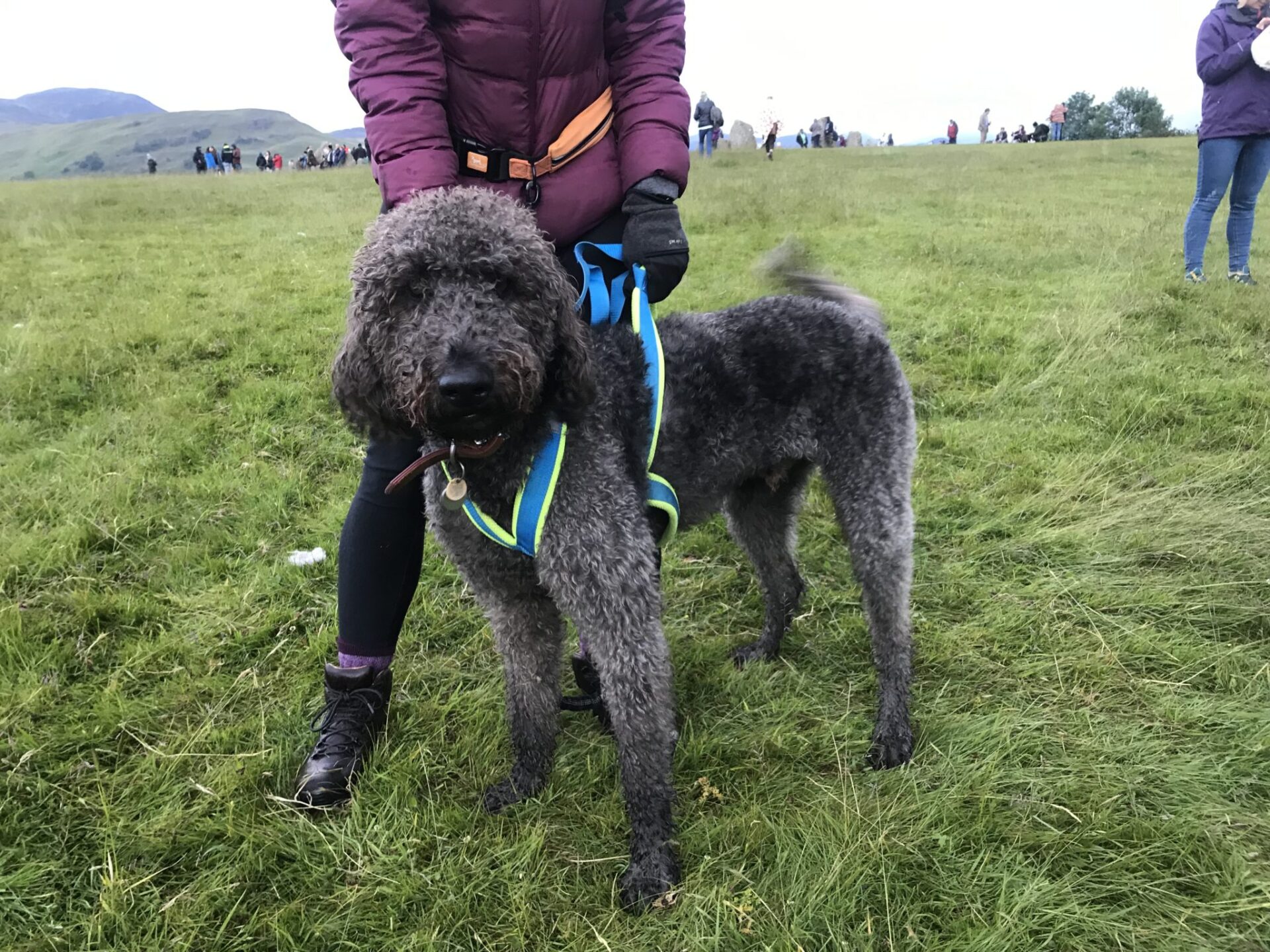 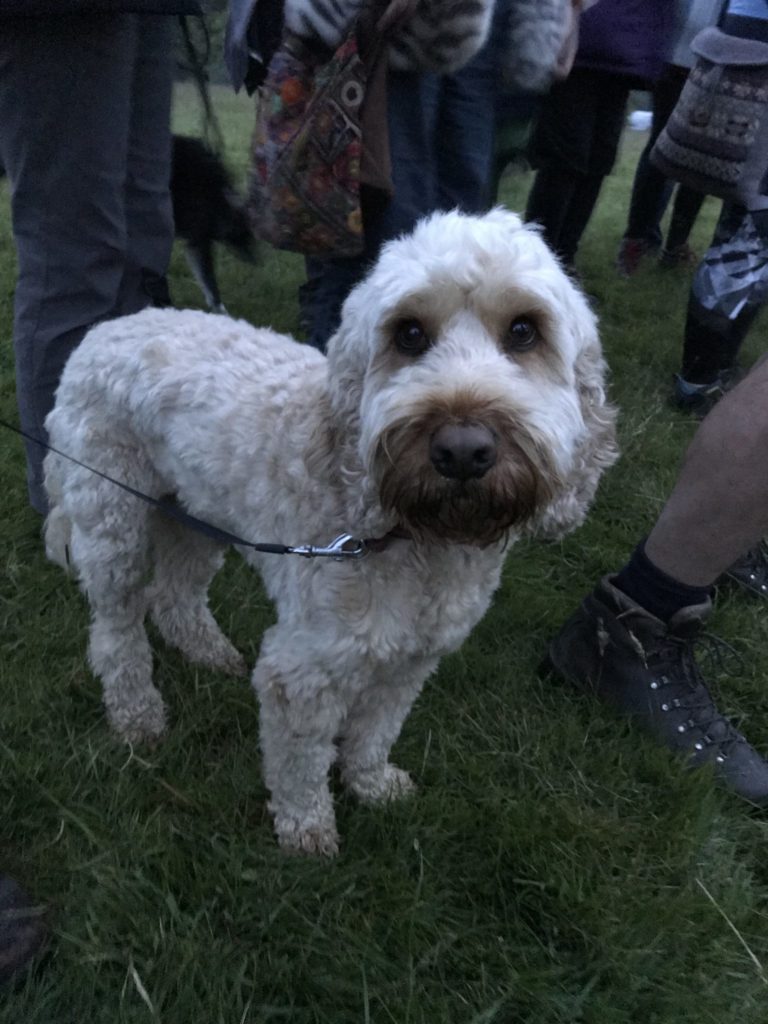 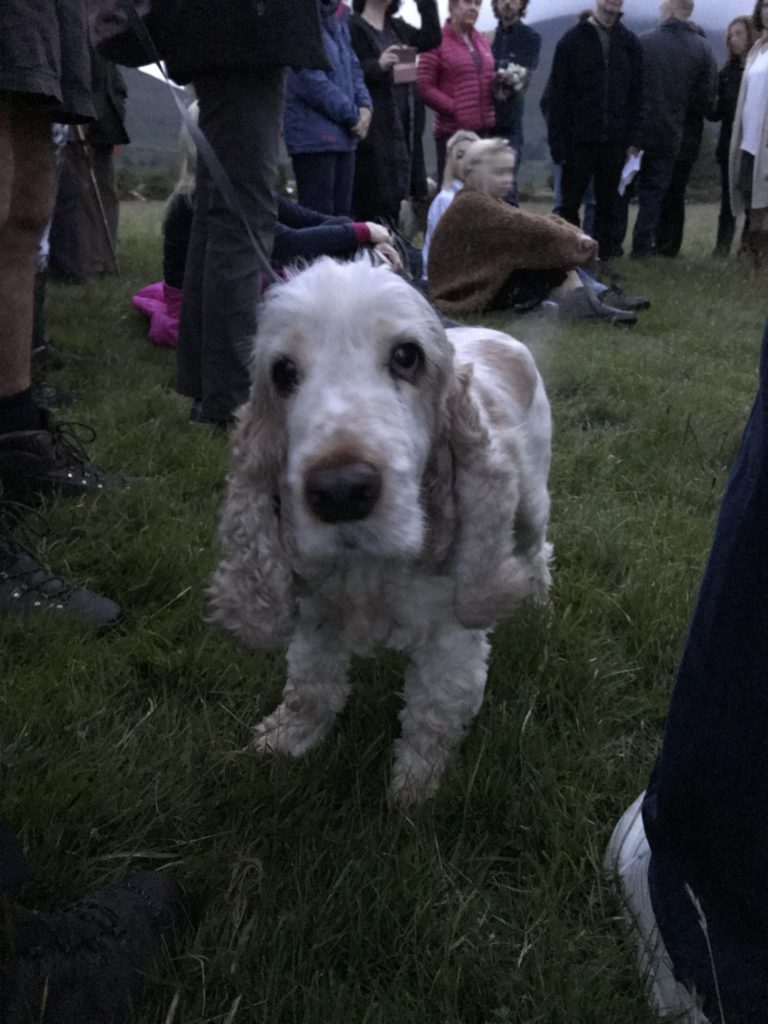 The Summer Solstice Guided Walk commenced in Keswick town centre outside the Moot Hall at 3am where all 50 guests, 3 team members, 1 druid and 5 canine friends began our ascent up to the historic Castlerigg Stone Circle. The walk was 1.7miles long which took us approximately 45 minutes, giving us plenty of time to set up base in time for the sunrise. The exact time of sunrise was at 4.36am. 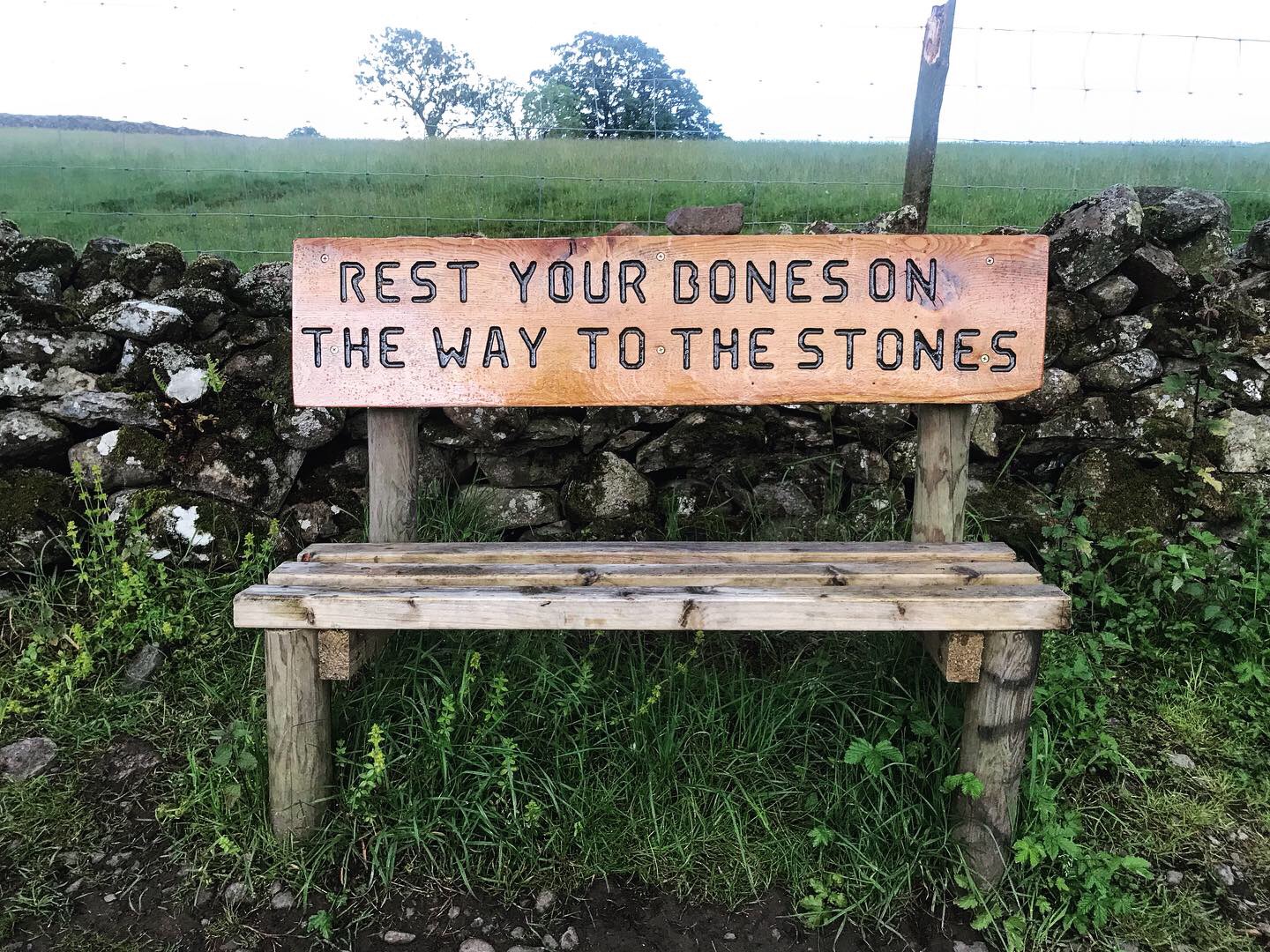 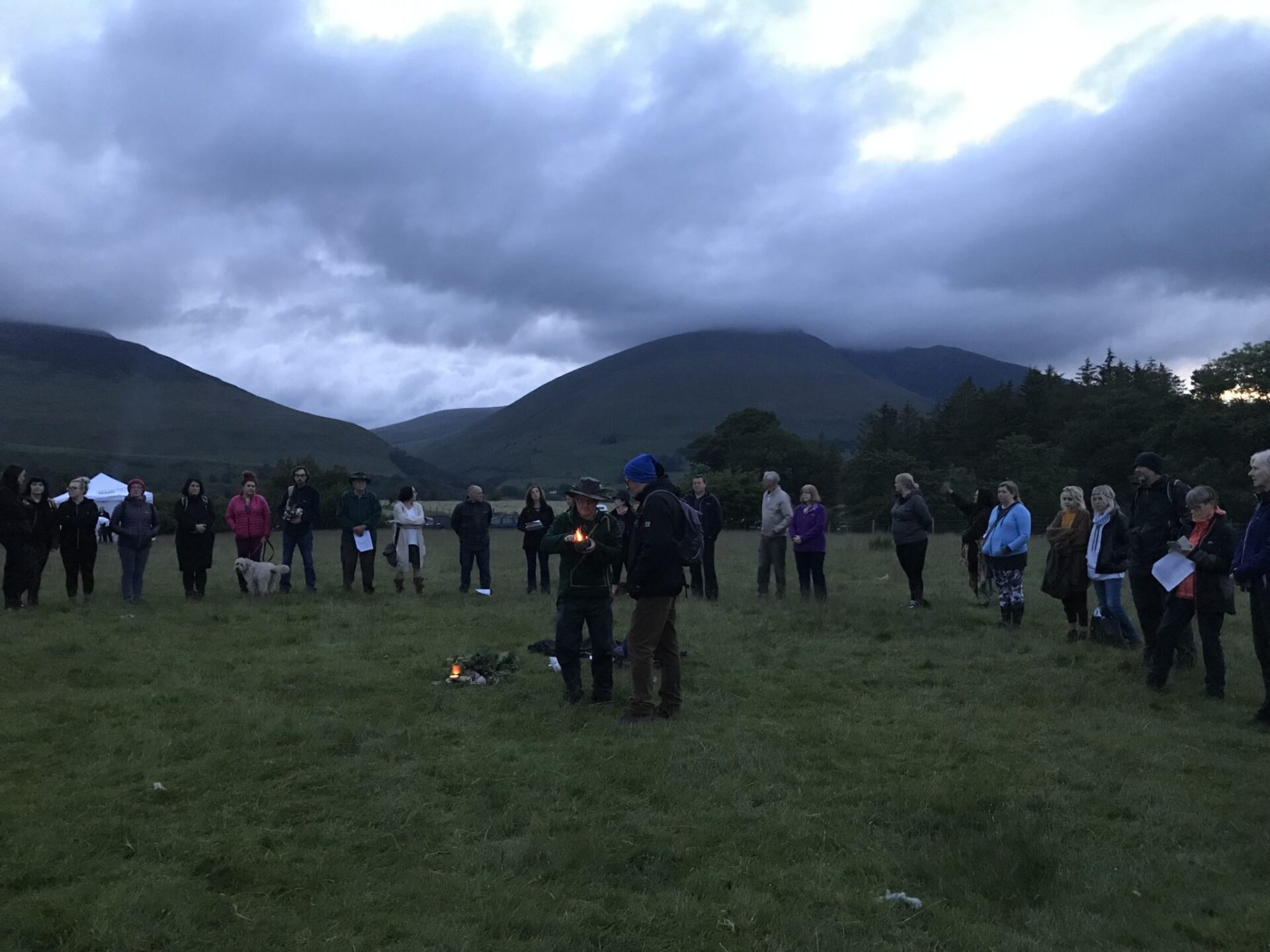 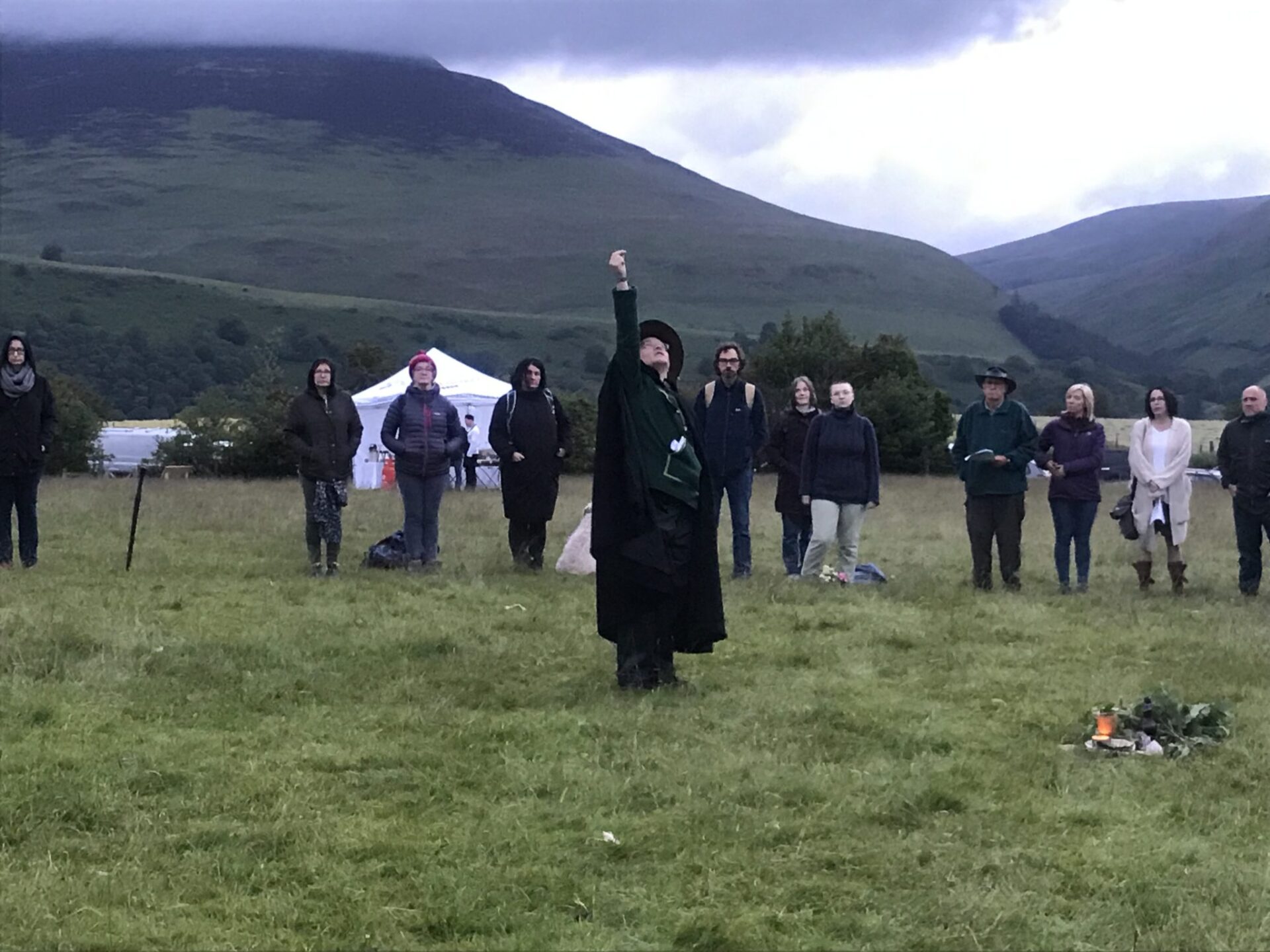 After enjoying the Druid Ceremony, staff and guests each enjoyed a hot breakfast prepared by Lake District Hotels’ Executive Chef, Mark Harris and his band of thieves. The menu comprised of a choice of vegan and non-vegan options including: sausage/bacon sandwiches, porridge, Danish pastries and croissants; plus a choice of tea or coffee to help waken us up. Juice was also available for younger guests and water was provided to four-legged friends! 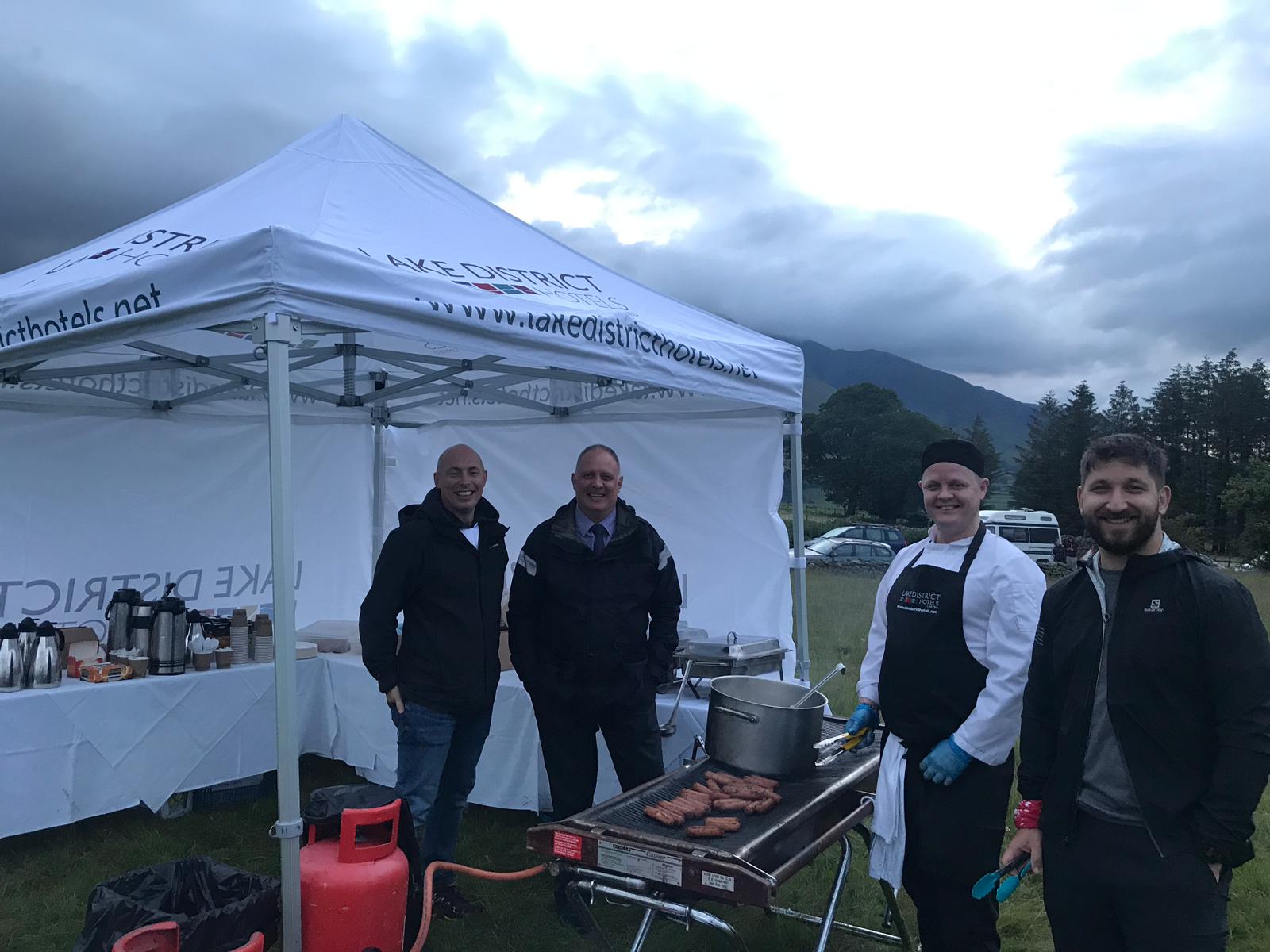 After an eventful few hours, the group dispersed at the Stone Circle and everyone was free to go about their mornings. The Lake District Hotels helpers happily made their way back to their own beds to catch a well-needed 40 winks before tackling the working day! 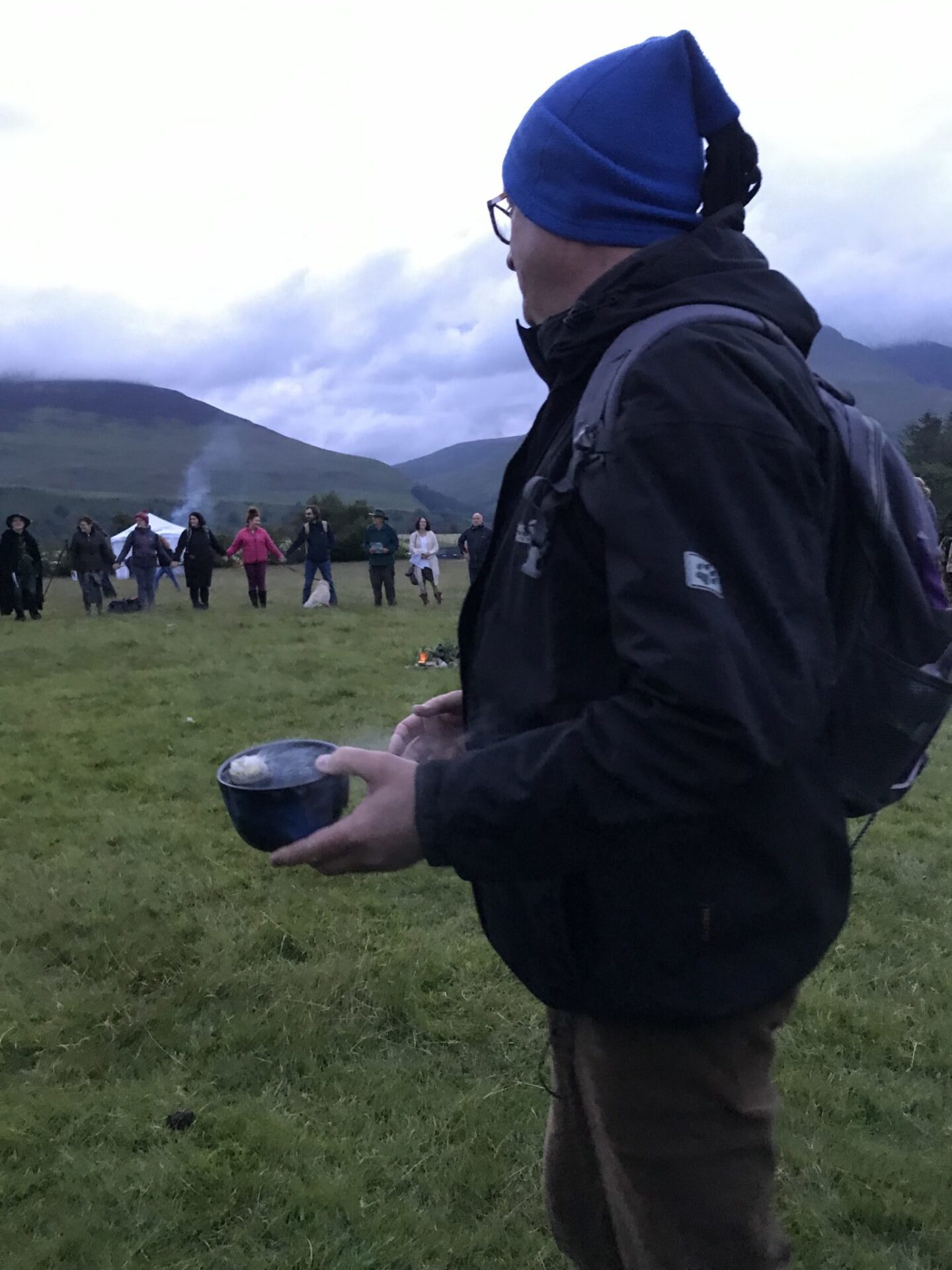 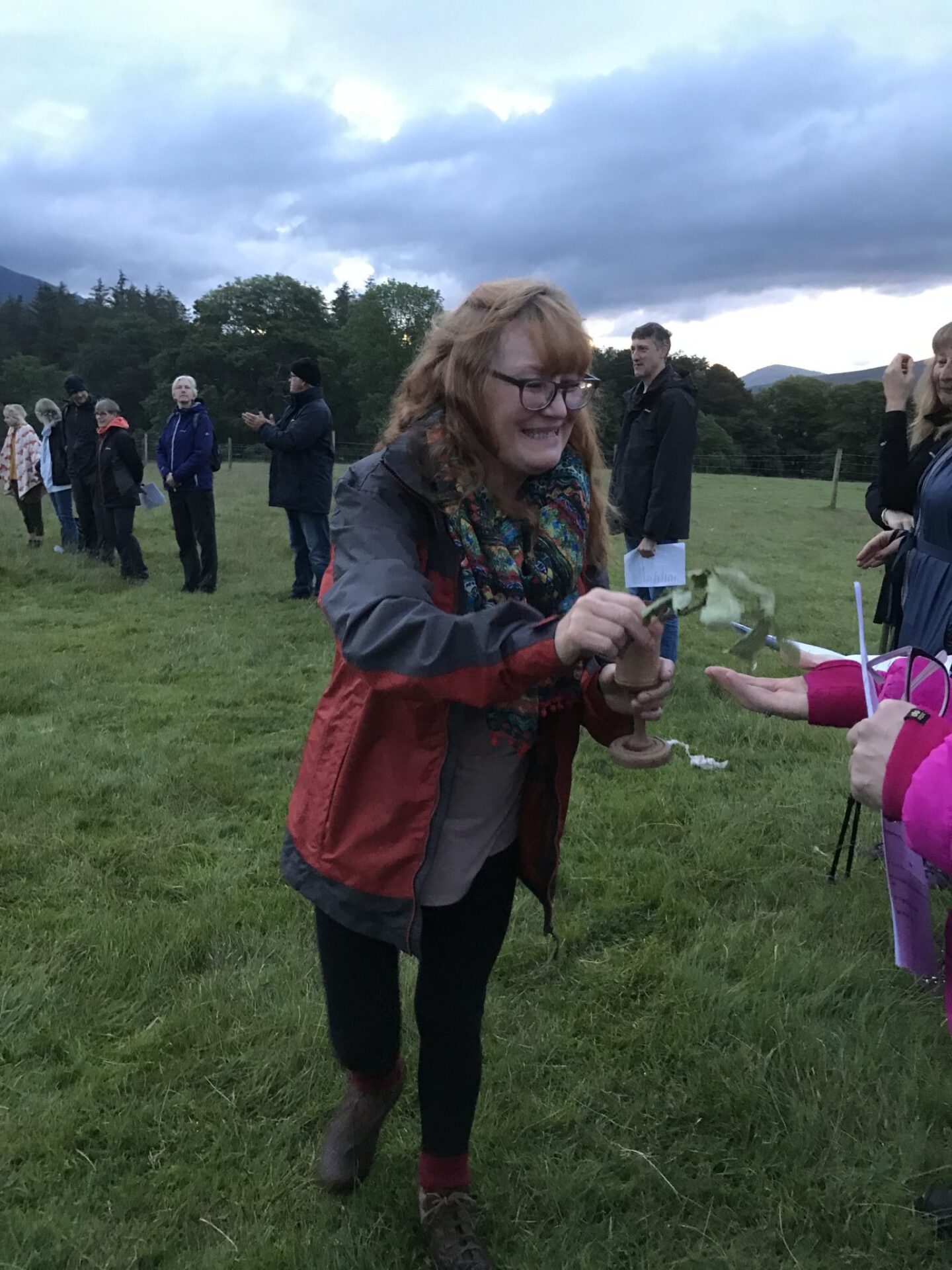 The Summer Solstice not only marks the longest day of the year, but it also represents the first day of summer. So long as the weather allows it, we can enjoy up to a full 17 hours of sunlight each 21st June.

If you would like to book onto 2020’s Summer Solstice Guided Walk click here to email the event organiser.

SUMMER SOLSTICE IN THE LAKE DISTRICT →

Despite the Summer Solstice being the ultimate opportunity to welcome in the summer season, as we previously mentioned, the celebrations have a spiritual meaning for pagans and druids. 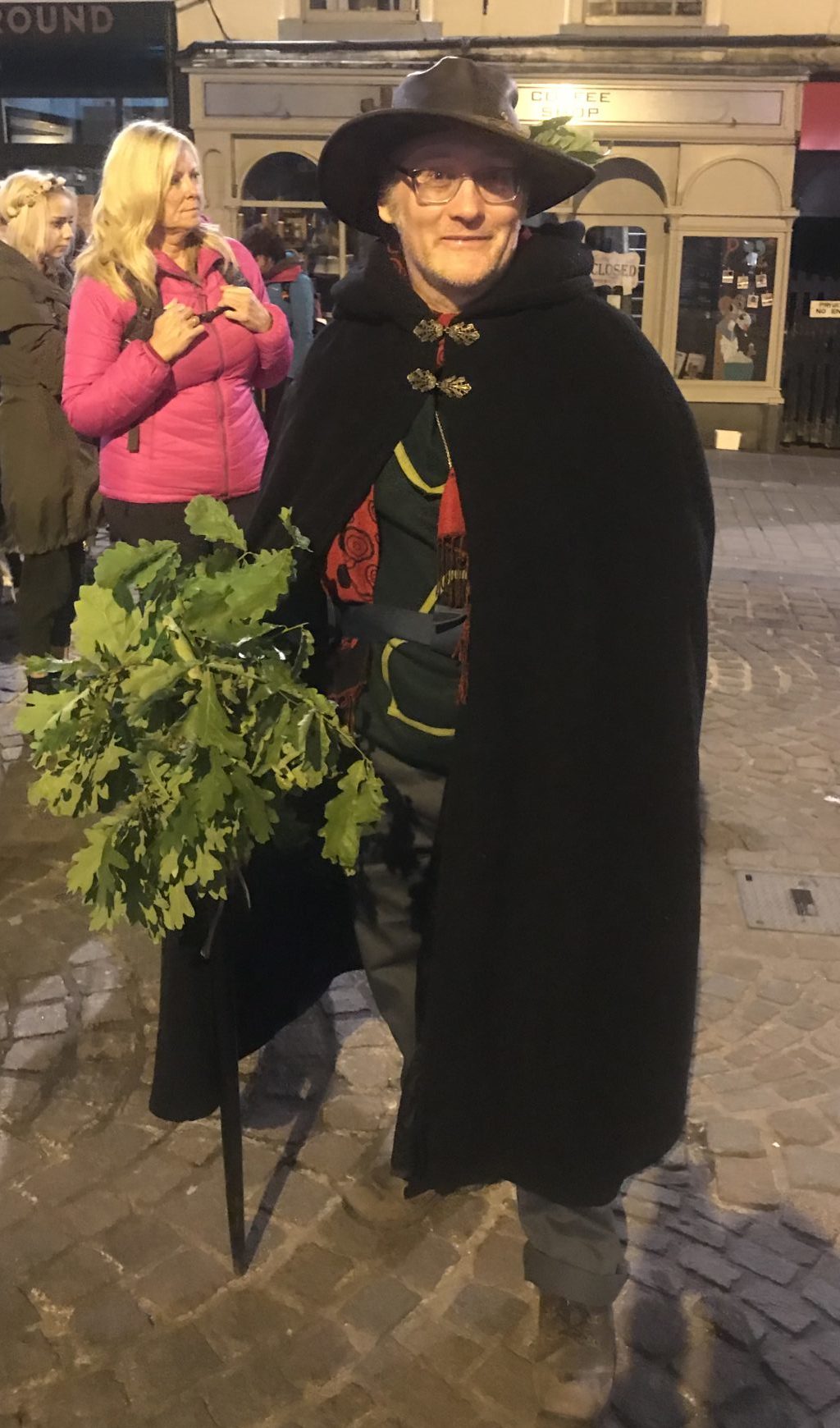 As a pagan, the Summer Solstice signifies rebirth and new beginnings as the druids spiritually acknowledge the power of the sun. Pagans use this opportunity to celebrate growth and despite being the middle of the calendar year, many use this opportunity as a chance to “start again” – similar to a new year’s resolution.

This year our Summer Solstice druid was Daru Mcaleece, a storyteller, performer and visual artist from Scotland. Daru’s storytelling is fuelled by a love of Celtic myths, science-fiction and nature. The mythic ‘earth-tales’ he shares are strongly influenced by our connection to nature, often with a magical transformation at their heart. 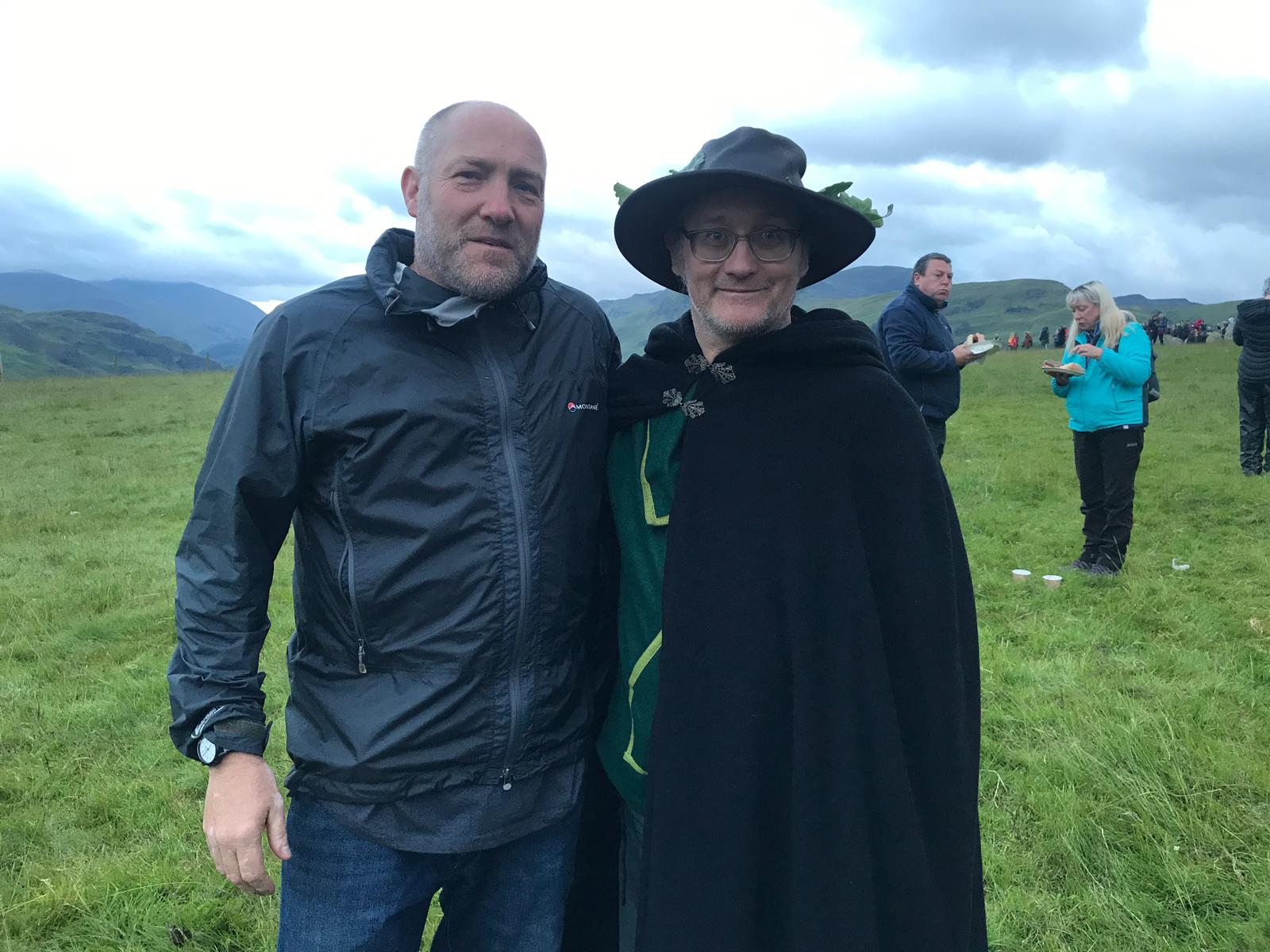 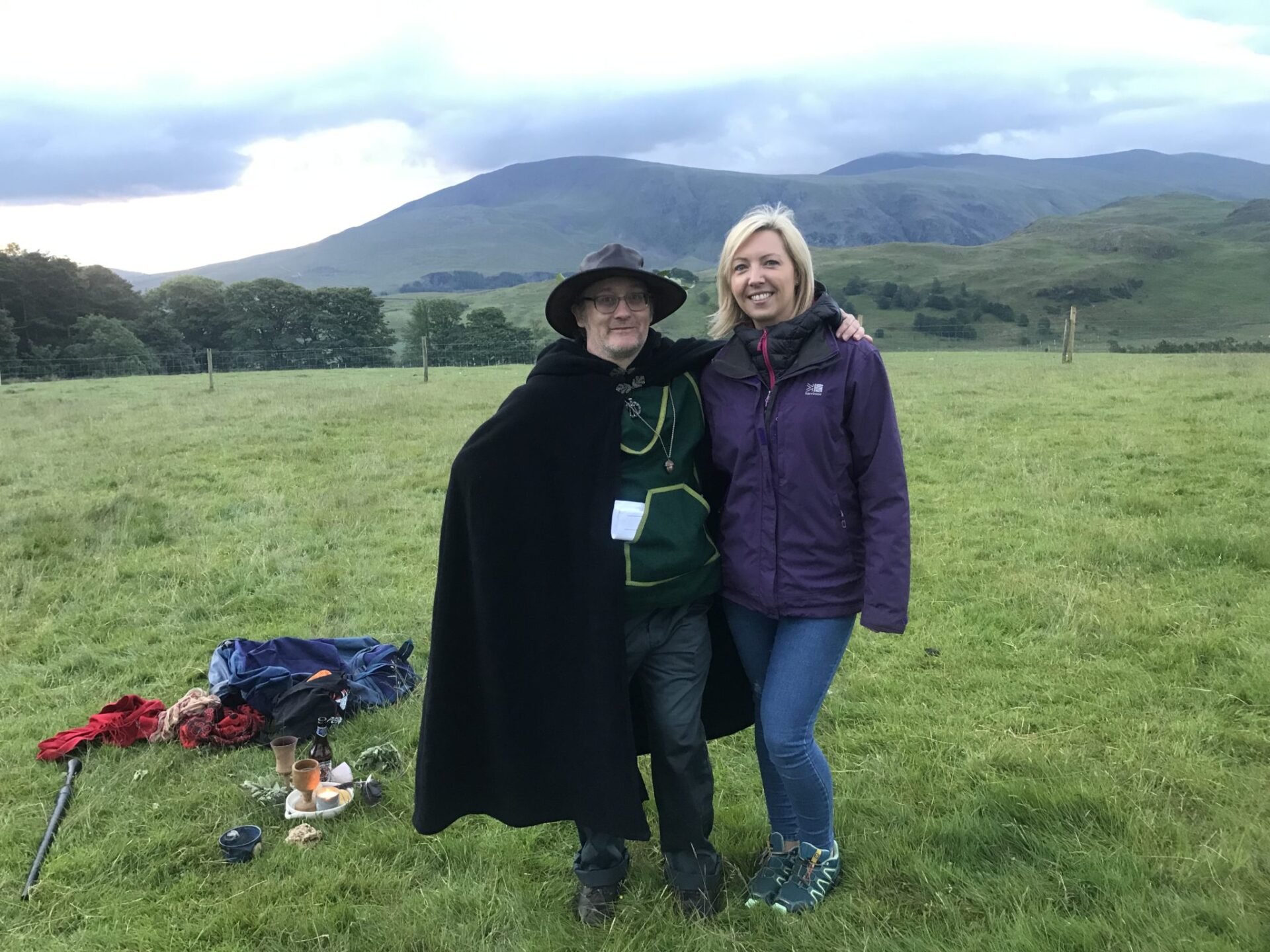 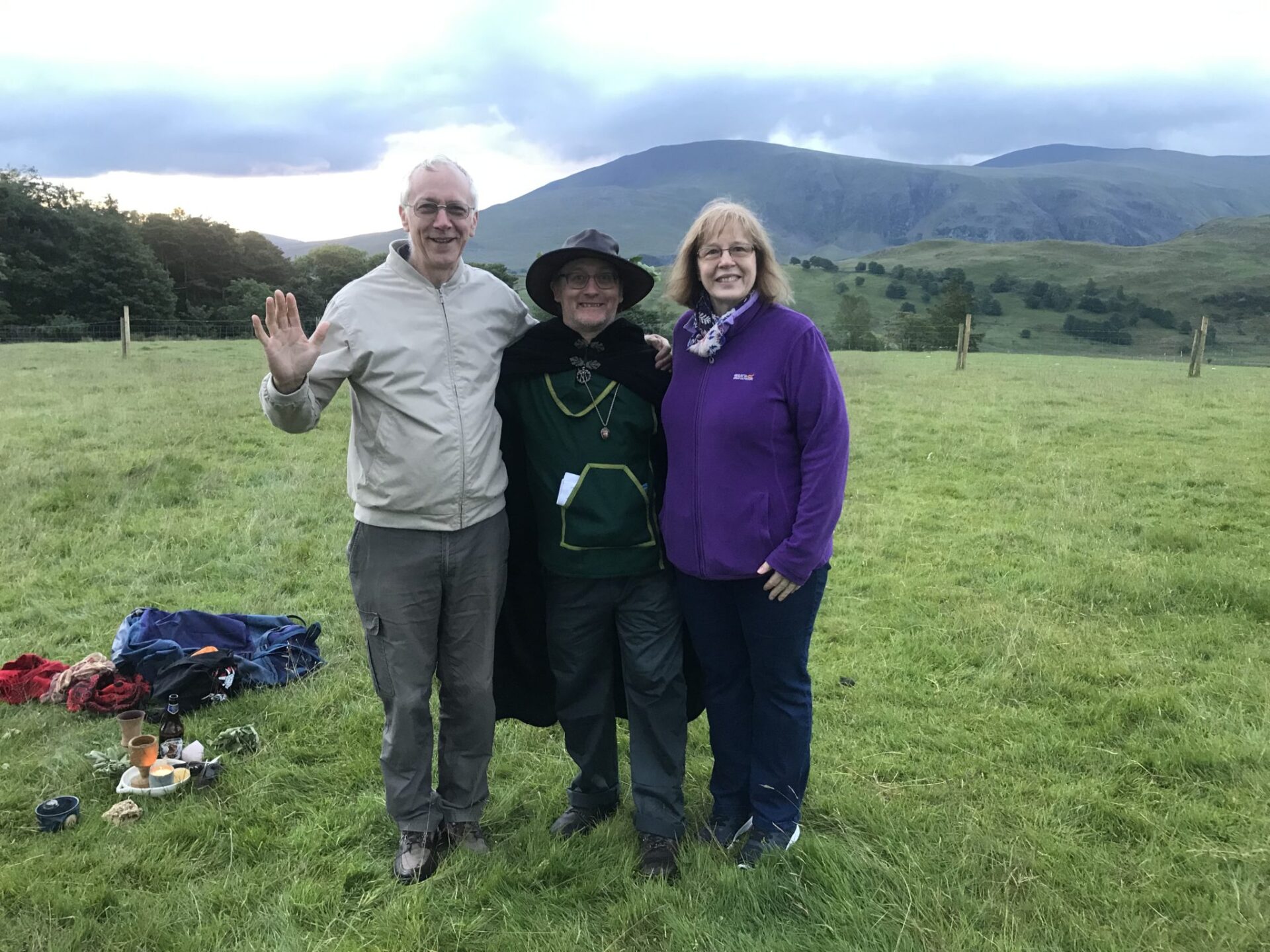 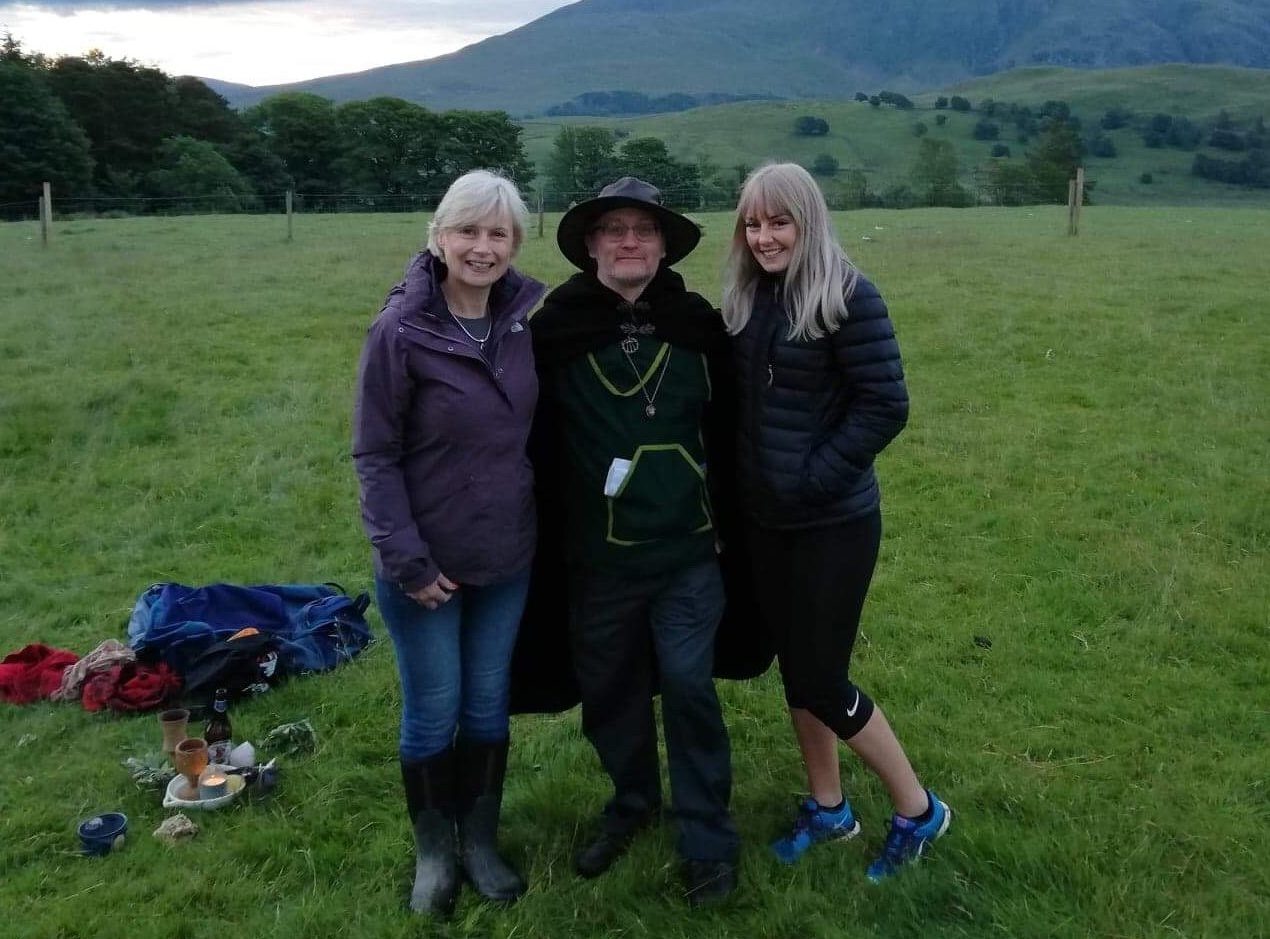 The Summer Solstice ritual has been celebrated at prehistoric monuments for centuries now, and for Keswick, there is no better focal point to commemorate the longest day of the year than the town’s oldest landmark – Castlerigg Stone Circle.

Considered Keswick’s own ‘Stonehenge’, the Stone Circle is made up of 38 stones of varying shapes and sizes that date back to the Neolithic period up to 5,000 years ago. The purpose of the structure is unknown; however, it has been suggested that the stones have been specifically aligned to the sun, moon and stars and were used as a base for religious rituals and ceremonies. 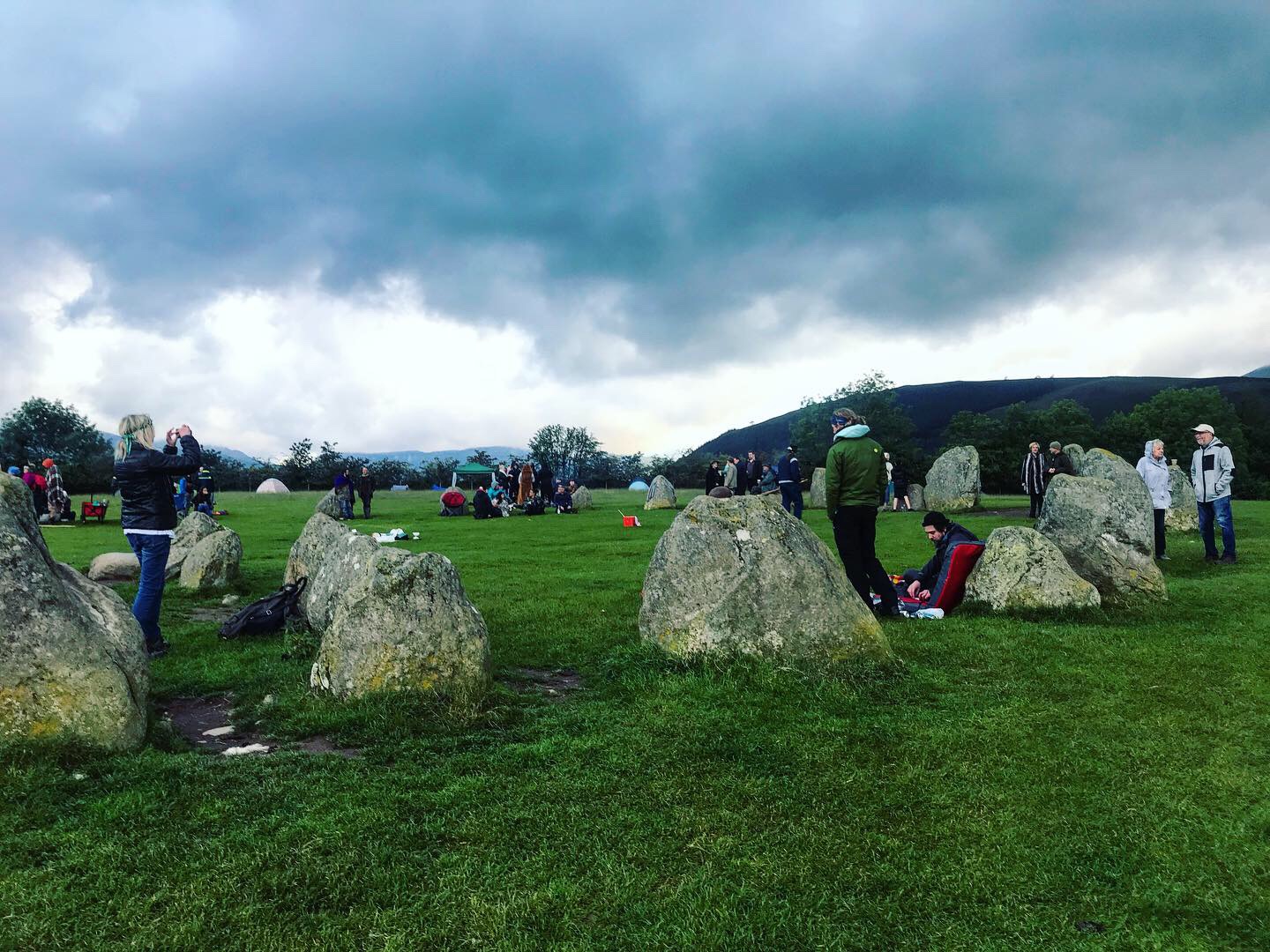 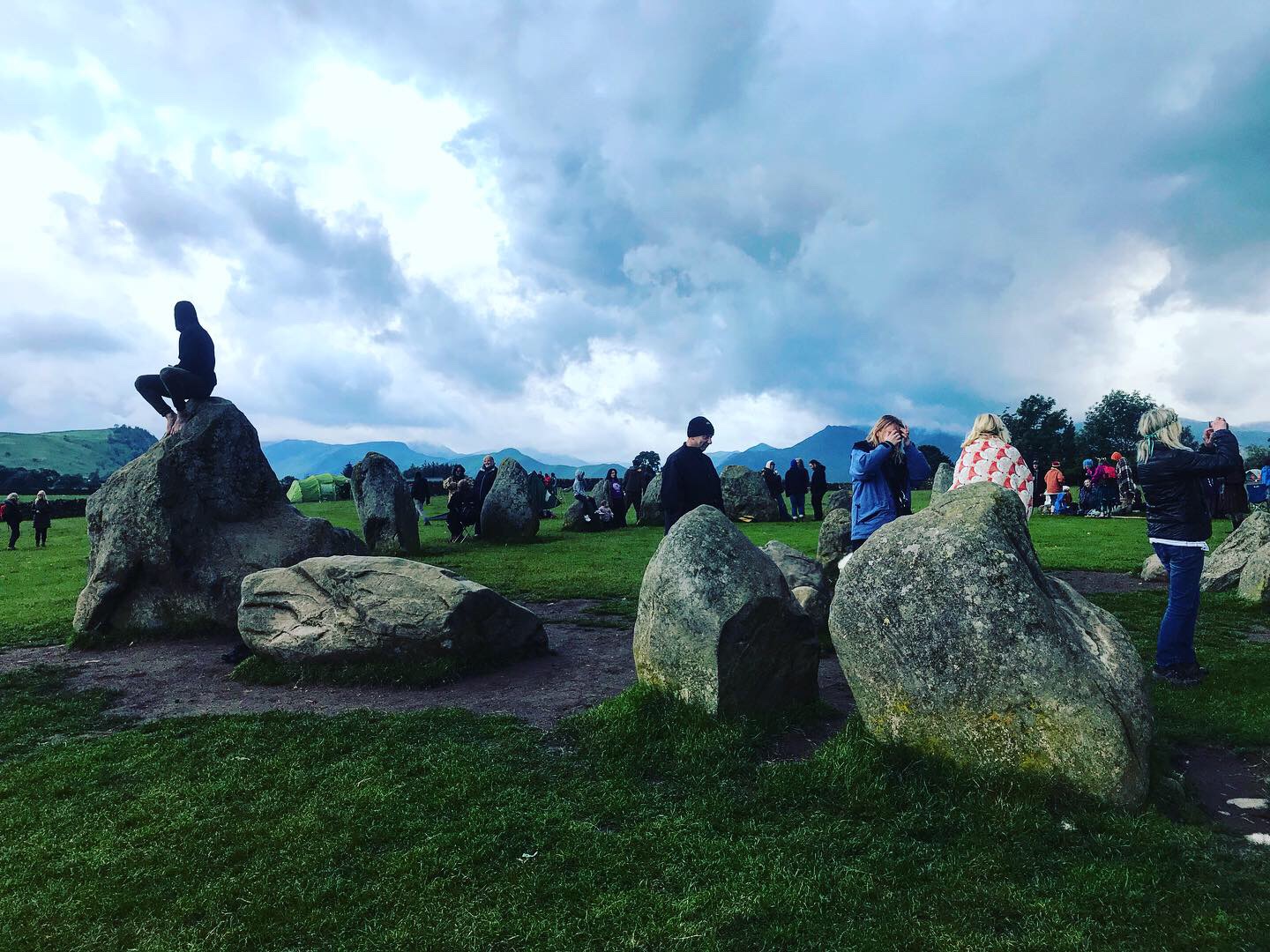 The site offers 360 degree views over the surrounding Keswick fells, making it the perfect location to watch the sunrise. In fact, watching the sunrise from this historic monument was included in the Lake District Bucket List of activities you must do while in the area. The site was also named one of 10 of the UK’s best stone circles by the Independent.

« The Lake District Bucket List: how many can you tick off?