We’re celebrating a milestone Birthday at the Skiddaw Hotel as we see in our 150th year!

The Skiddaw Hotel has been part of the Lake District Hotels group since 1995 and over the years has become a firm favourite for guests and locals alike. Sitting in the heart of Keswick, the Skiddaw has thrived over the years and welcomes everyone from weary walkers, to regular locals who enjoy catching up over a warm coffee in the cosy bar.

While the hotel existed long before it became known as the Skiddaw Hotel, this year marks 150 years as it is known now. While visitors no longer arrive by stagecoach to the 19th century hotel, our staff still pride themselves on their traditionally warm hospitality. The Skiddaw Hotel has evolved since its name change in 1869 however our familial values ensure that staff look forward to welcoming in new and returning guests for many more years to come.

Book direct with us ONLINE and receive a complimentary slice of birthday cake and glass of fizz on arrival! 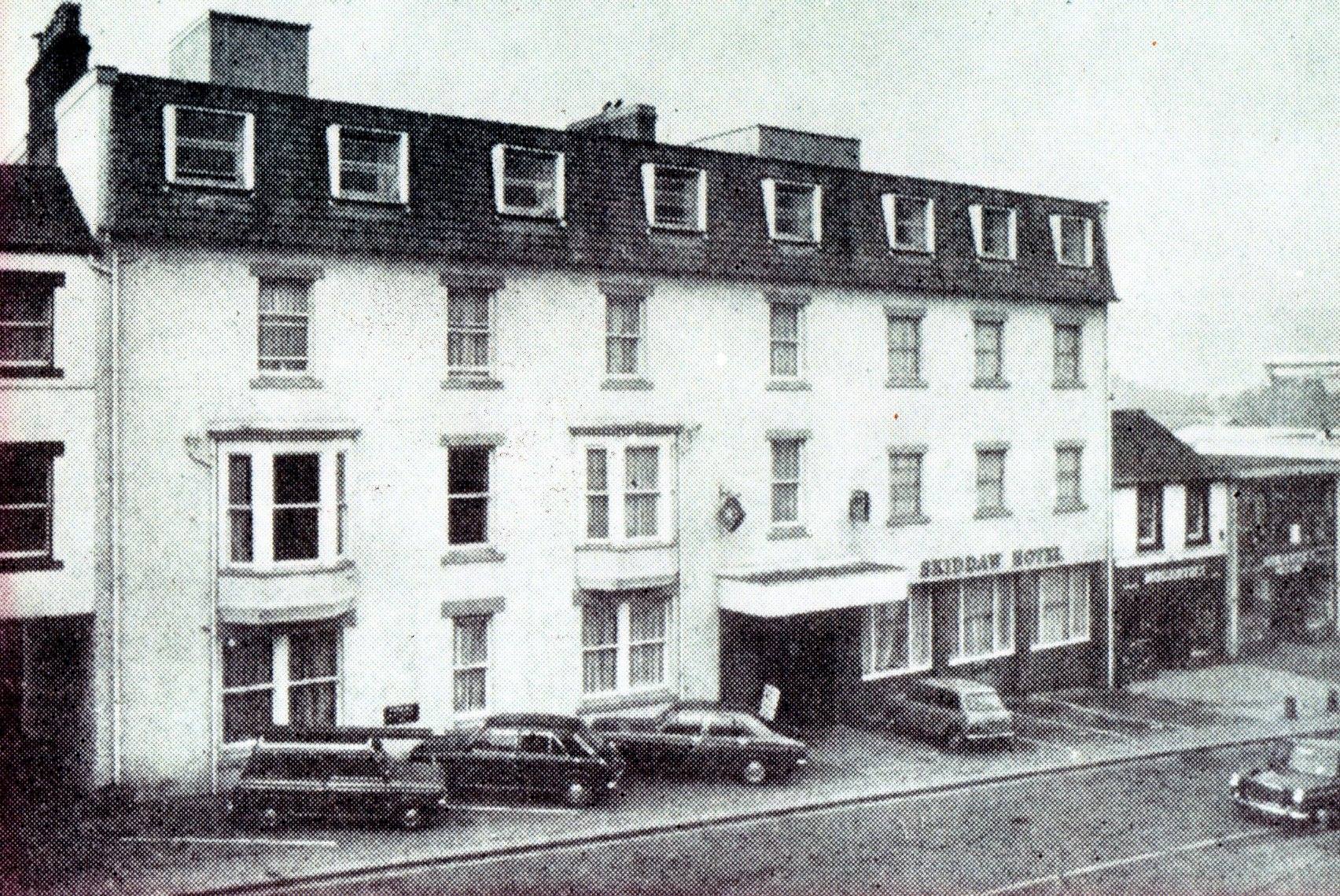 Lots of the hotel’s staff have been with us for many years, often working their way up to management roles while growing personally and professionally. We love the personal touch our staff bring to the Skiddaw and so it seemed only fitting for them to shead some light on what makes the Skiddaw so popular in it’s 150th year.

Maria has been with us for 18 years now, starting out as a sous chef in the kitchen then receptionist before moving up to her current role as sales manager. In her time at the hotel, Maria has seen many changes to the building including the welcoming of the conservatory and new bedrooms. While continuing to evolve over the years, she believes it is the team that make the Skiddaw Hotel so special.
“The staff make the hotel special to new and old guests. Whether it’s us oldies or the new staff, it is the rapport we have with each other which the gusts love to see.”

Housekeeper Jan also believes that the family sentiment runs deep through the hotel.
“I have seen members of my team grow, marry, have children and go to university. It is this comfort and respect which translates through to the guests which makes for a friendly relaxed atmosphere”.

Recent good news also came in the form of a proposal, with Duty Manager Matt and Julia announcing their recent engagement having worked together at the hotel. They credited their role as coworkers in their partnership, adding “Working together can be a real challenge for some couples, but we love it and it’s made us stronger!” 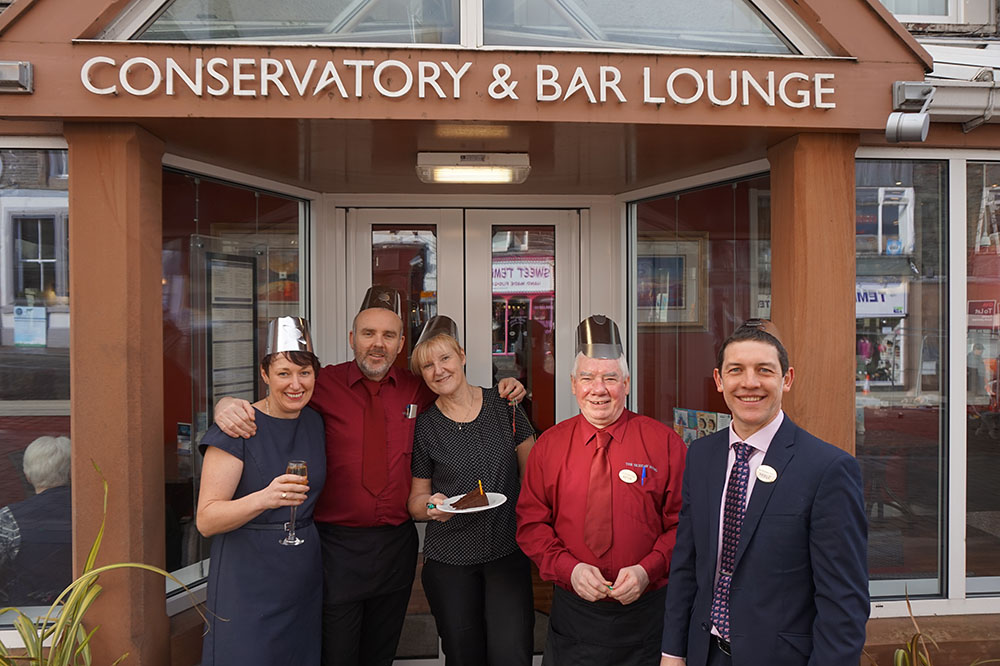 Through good and bad

While the hotel has seen lots of ups including charity half marathons, engagements and births, the devastating effects of flooding were felt throughout the region however staff came together to welcome those in their time of need.

General manager Neels commented
“When homes were flooded in Keswick in 2009 many people were evacuated to the hotel. In 2015 when the flood defenses were about to be breached, some locals started to arrive here knowing that they will be well looked after”.

Neels also added that regular guests were the highlights of working at the Skiddaw Hotel.
“It’s great to get to know regular guests whether they are local or stay with us regularly. I love getting to know them better and it’s fantastic to be a part of their significant family events”.

Jan added
“Many of our guests and regulars who use our facilities are like friends rather than paying customers!”

The Skiddaw Hotel’s close family feel have made it a popular choice for those looking for more intimate celebrations, including the hotel’s own Julia and Matt, who plan to have their big day at the hotel.
“We’re getting married here of course! The hotel is like our second home so there is nowhere else we would rather have it.” 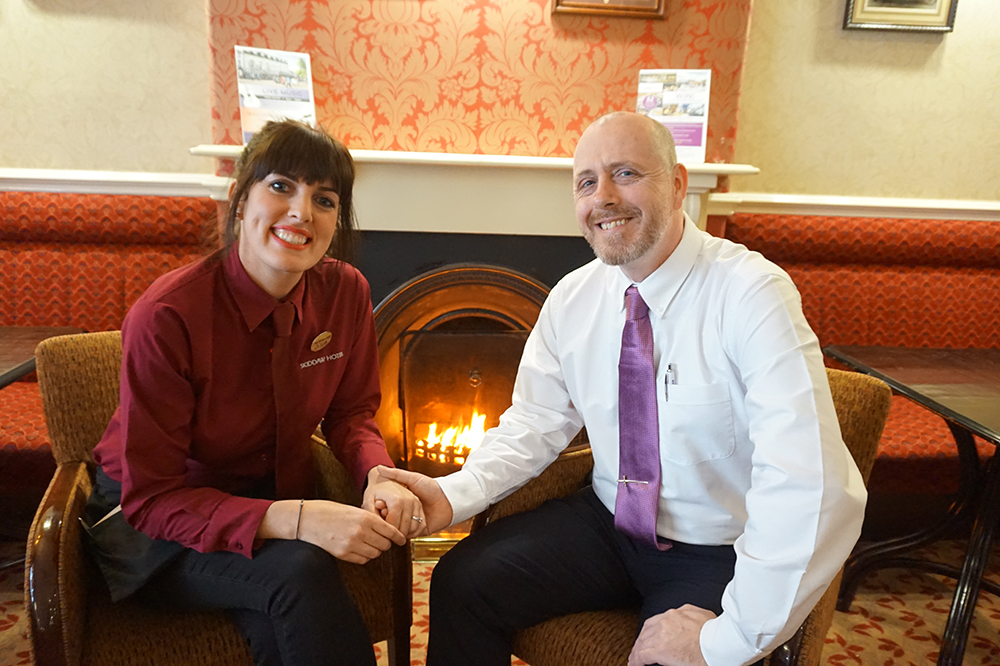 Celebrate our turning 150 with us!

Book direct with us ONLINE and receive a complimentary slice of birthday cake and glass of fizz on arrival!