It was an incredibly exciting day in our hometown of Keswick when the Duke and Duchess of Cambridge made a royal visit on Tuesday 11th June. The couple traded in their gowns and jewels that they had worn 3 days prior for the Queen’s birthday celebrations for casual jeans and country boots as they arrived in Cumbria to greet the locals.

Visitors from near and far flocked to Keswick town centre to welcome the royal couple as they met local heroes in the Market Square. The couple were in the area to pay tribute to the hardworking farming communities in the Lake District and they even got a little flavour of farm life themselves!

The Royal Visit was an extra special treat for us all at Lake District Hotels, as two of our venues were individually requested to provide royal assistance for the occasion. The Inn on the Square first provided catering for the royal visit in Keswick and then the Inn on the Lake was royally appointed to host the couple in the afternoon, which included a royal Afternoon Tea!

INN ON THE LAKE DINING → 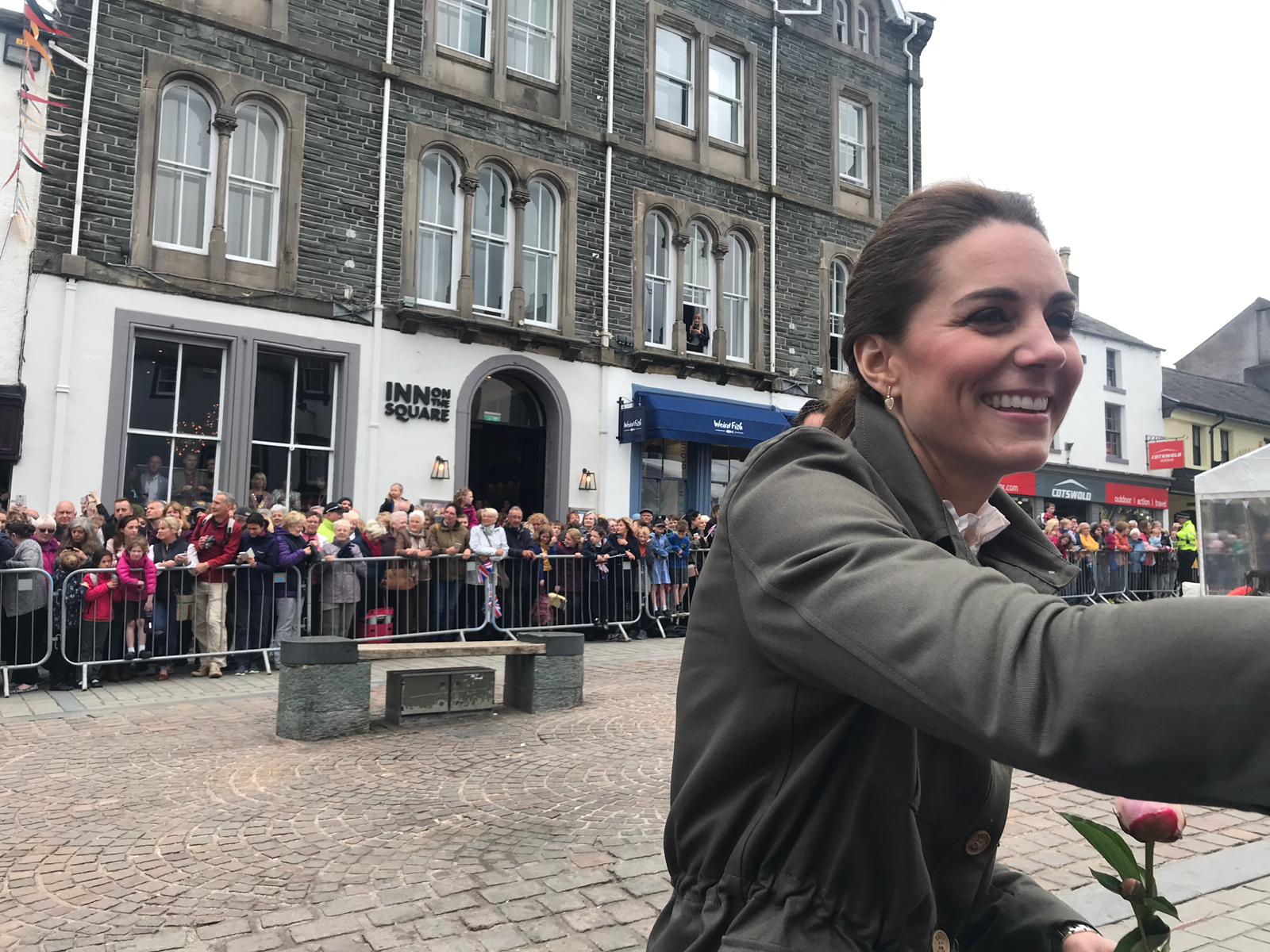 Following a VIP meet-and-greet in Keswick market square, the Duke and Duchess of Cambridge made their way to their vehicle and the convoy set off to the Inn on the Lake for a regal respite.

The royal couple received a warm and welcoming greeting from Lake District Hotels’ Director, Dani Hope, and her two children Harry (4) and Ellie (1 ½), as the royal couple arrived at our lakeshore hotel.

CHRISTMAS AT THE INN → 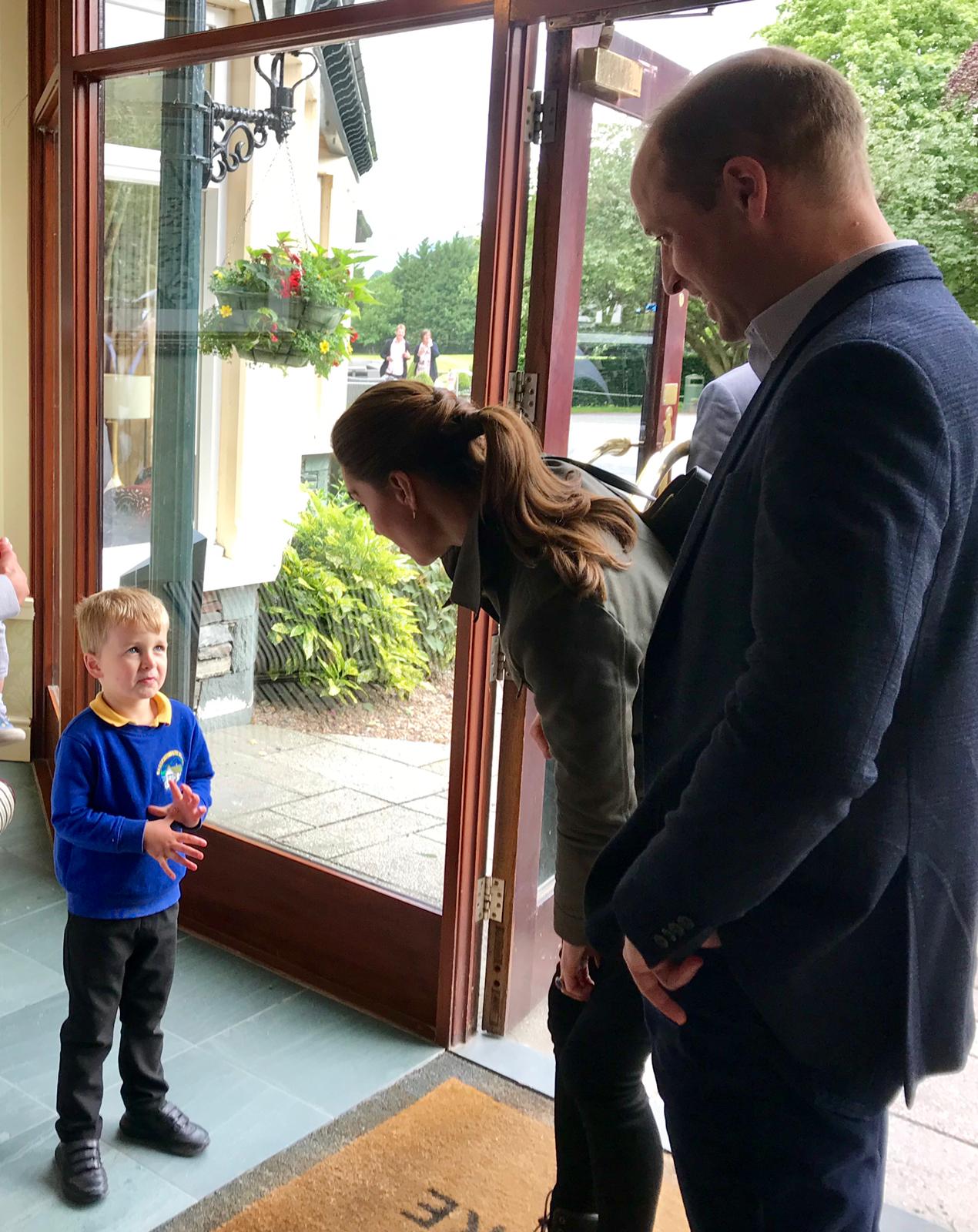 William and Kate then enjoyed a well-deserved breather as the couple were escorted to a private Luxury Collection Lake View Feature room and the team put together a decadent afternoon tea fit for a (future) king… and queen!

The pair enjoyed the delicacies as they admired breath-taking views that span the length of Lake Ullswater. Prince William was especially impressed with the view from the bedroom and commented on his desire to stay for longer when they next visit the Lake District in future.

INN ON THE LAKE WEDDINGS → 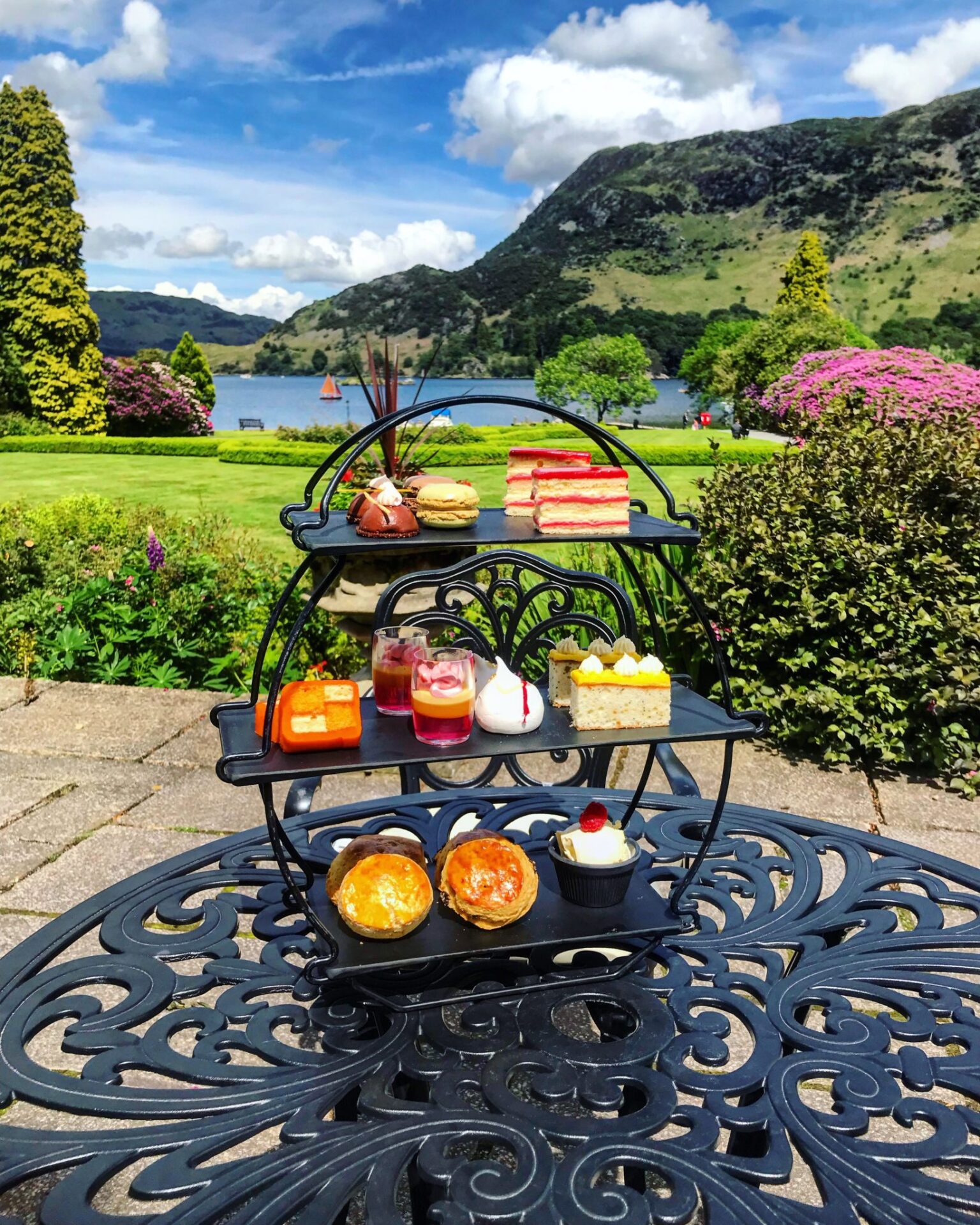 After their royal rest-stop, the pair headed to Deepdale Hall Farm in Patterdale where they tried their hands at sheep shearing. This was followed by a final trip back to the Inn on the Lake where their helicopter awaited to take them home after a busy day.

INN ON THE LAKE OFFERS →

Putting on a Royal Feast

Earlier in the day, the royal couple pulled up at the top of Keswick in their Range Rover and headed into the Market Square where a marquee awaited them. Local volunteers from a range of services were invited to attend the event, as well as known local figures.

Will and Kate thanked each of the guests for their incredible contributions to the local community. Some of the attending guests included the local Mountain Rescue volunteers, young mental health first aiders and not forgetting local celebs Max, Paddy & Harry. 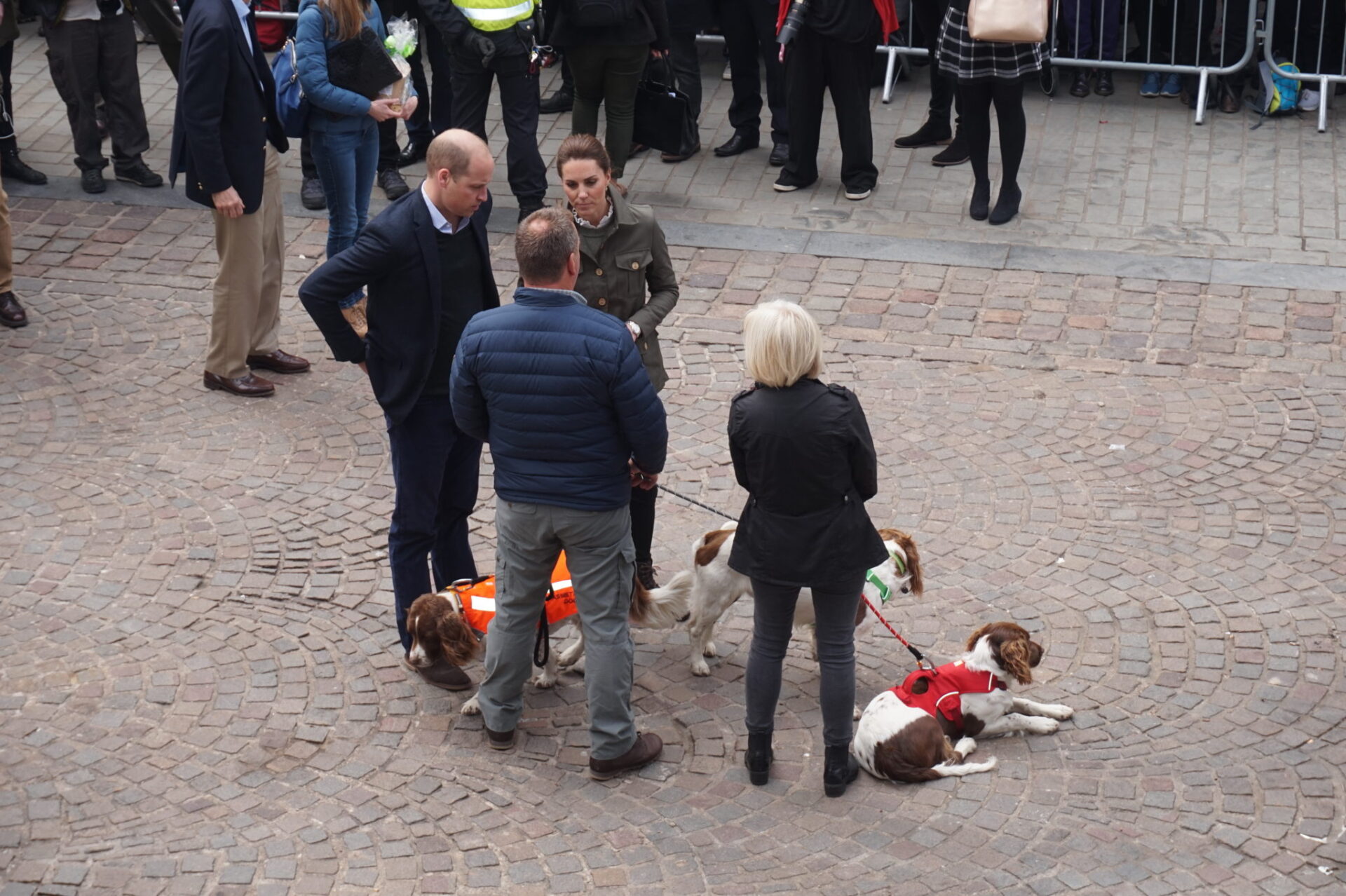 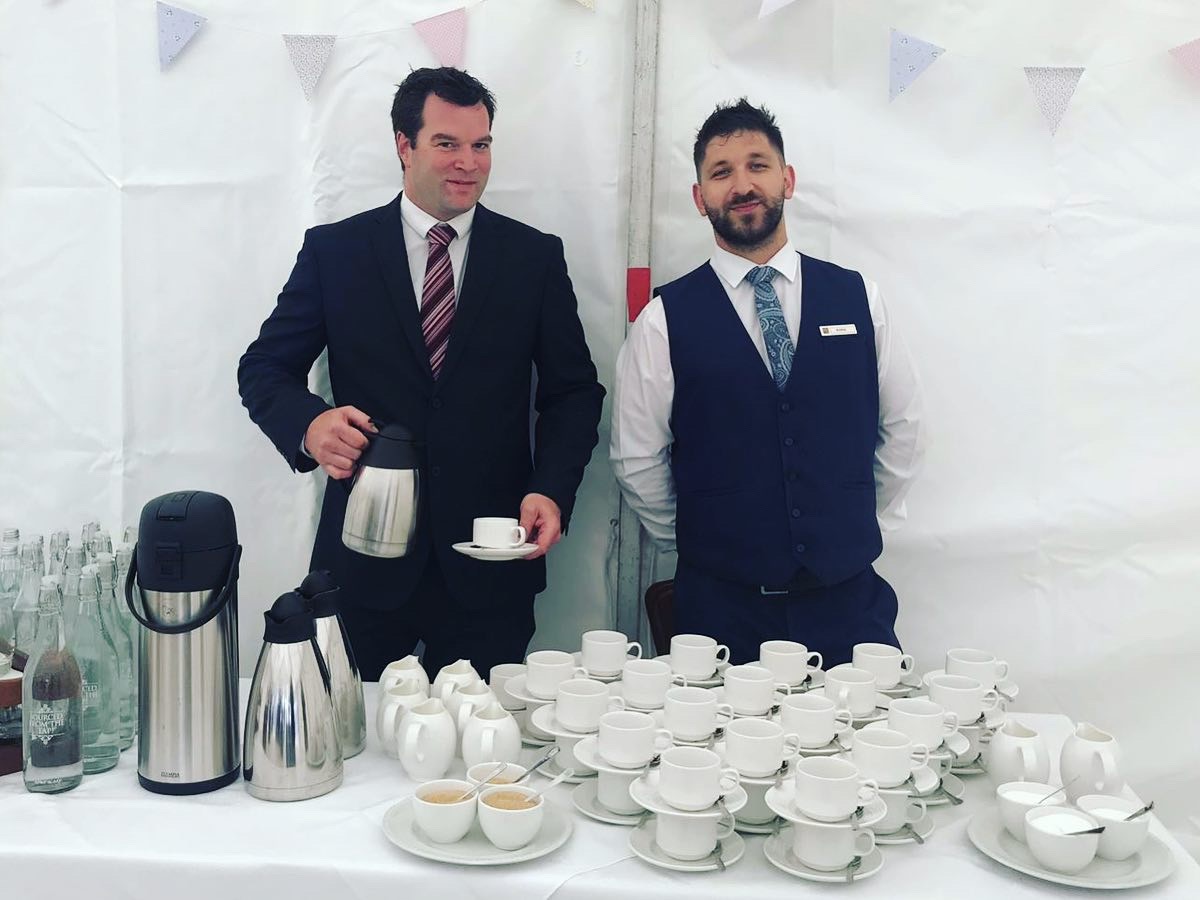 Our skilled kitchen team got busy as they put together a delicious ‘royal feast’ for all the VIPs that were invited to join in with the celebrations. Other valuable members of the Inn on the Square team were kept on their feet all morning as they rushed around, helping to set up the buffet inside the royal marquee and making sure that everyone was suitably fed.

The team even got to meet the royal couple when William and Kate did pop in to pay their respects to the invitees!

INN ON THE SQUARE DINING → 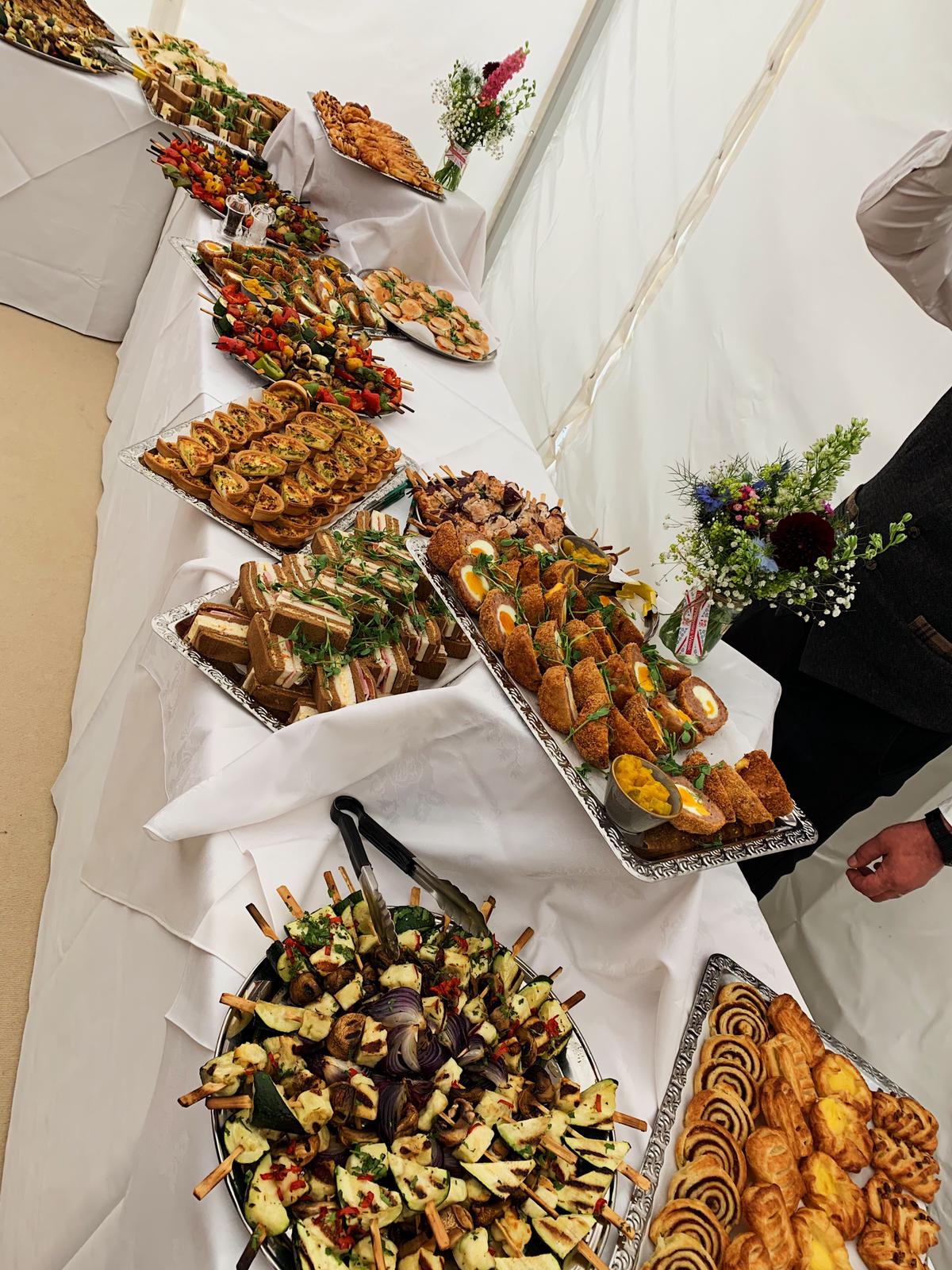 Reflecting back on the celebrations.

We caught up with Company Director, Dani who told us about the surreal experience:

“What a day we’ve had, we feel absolutely privileged to have been asked to cater for the Royal visit. Both the Inn on the Square and Inn on the Lake have done a fantastic job and it was an absolute pleasure to meet the Duke and Duchess.

On top of that it was a wonderful opportunity for Harry and Ellie to meet the future King and Queen! They were both so friendly and took time to chat to us, with Kate asking Harry if his favourite food was pizza but he replied ‘no, it’s chips!’”

We feel absolutely honoured that we were able to not only cater for a royal event, but to actually host the Duke and Duchess of Cambridge at one of our establishments too! It’s a privilege to be able to say that our Inn on the Lake has been given the royal seal of approval. 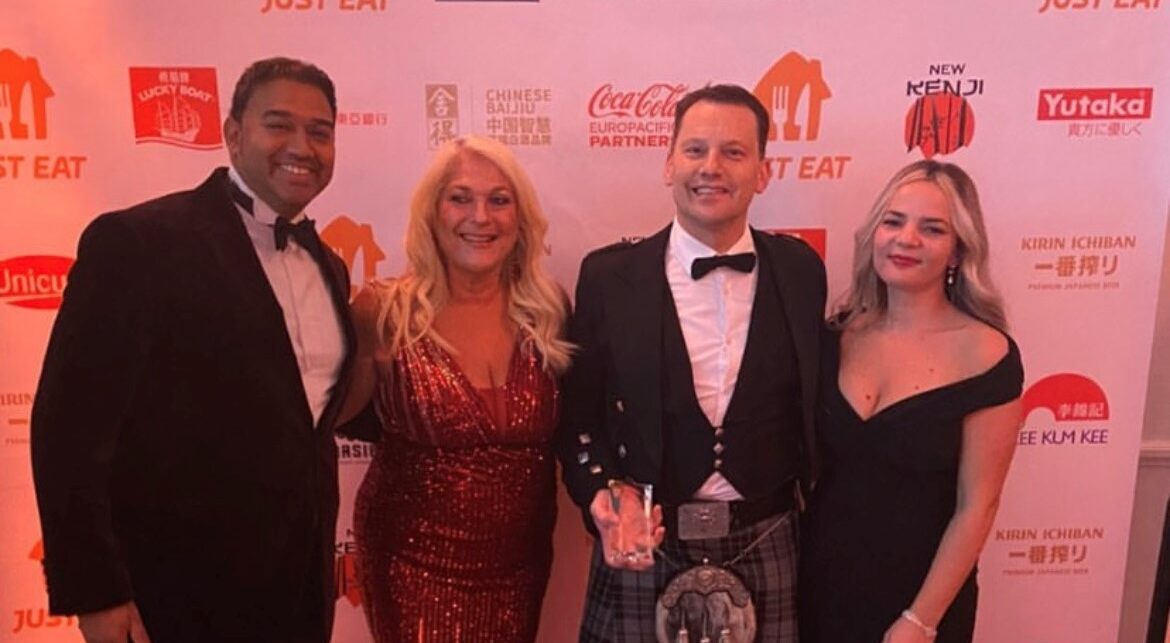 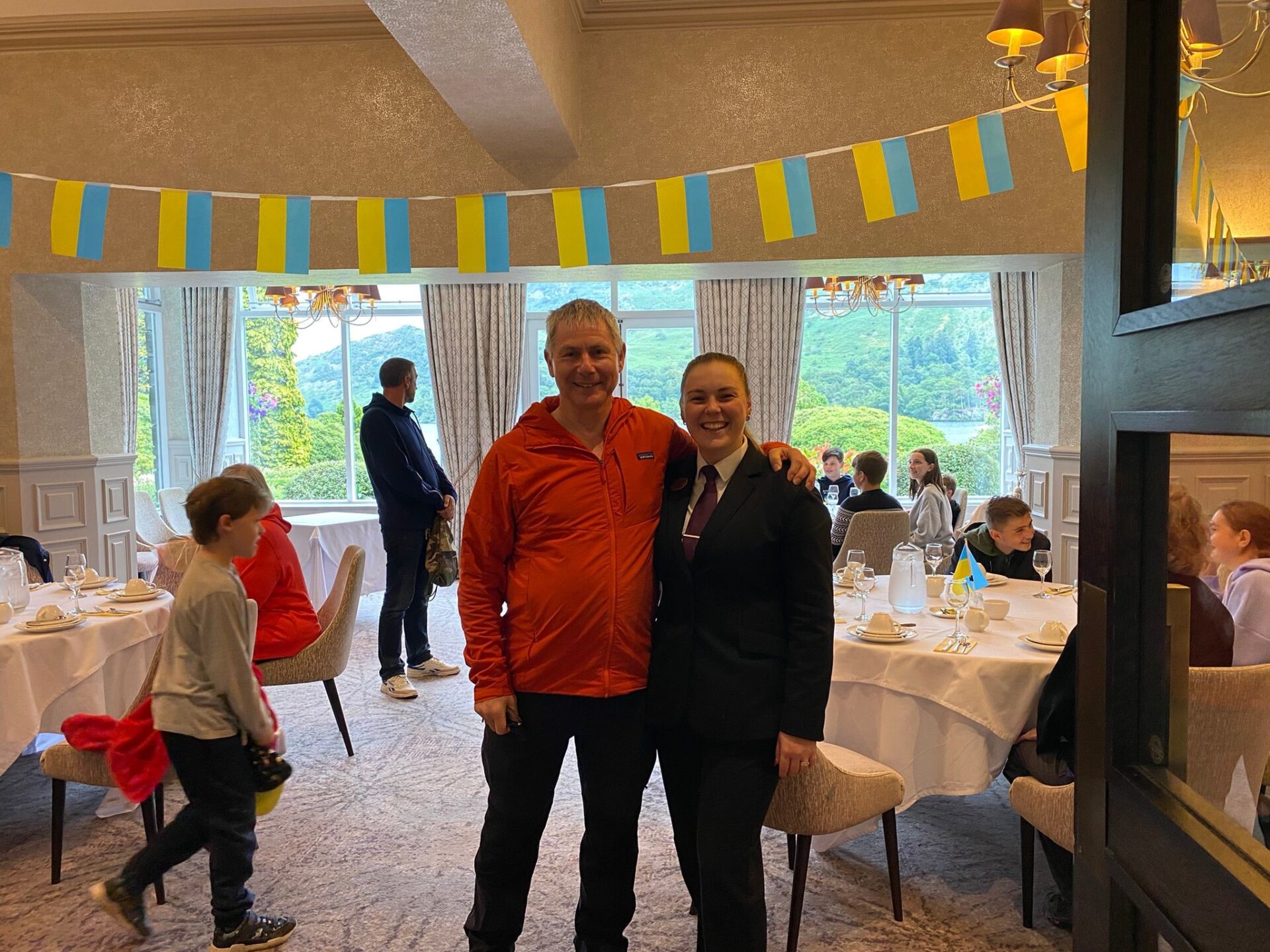 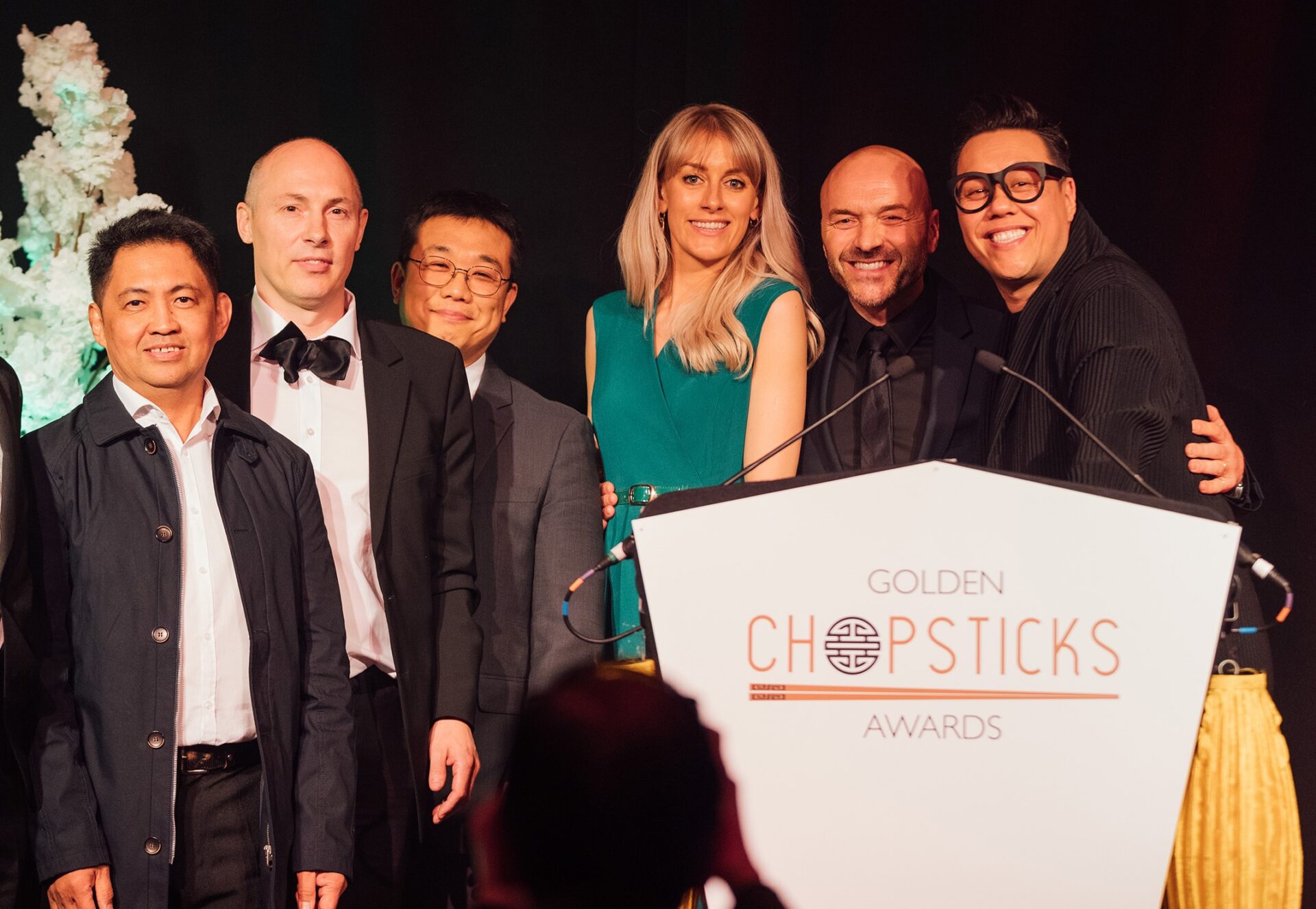