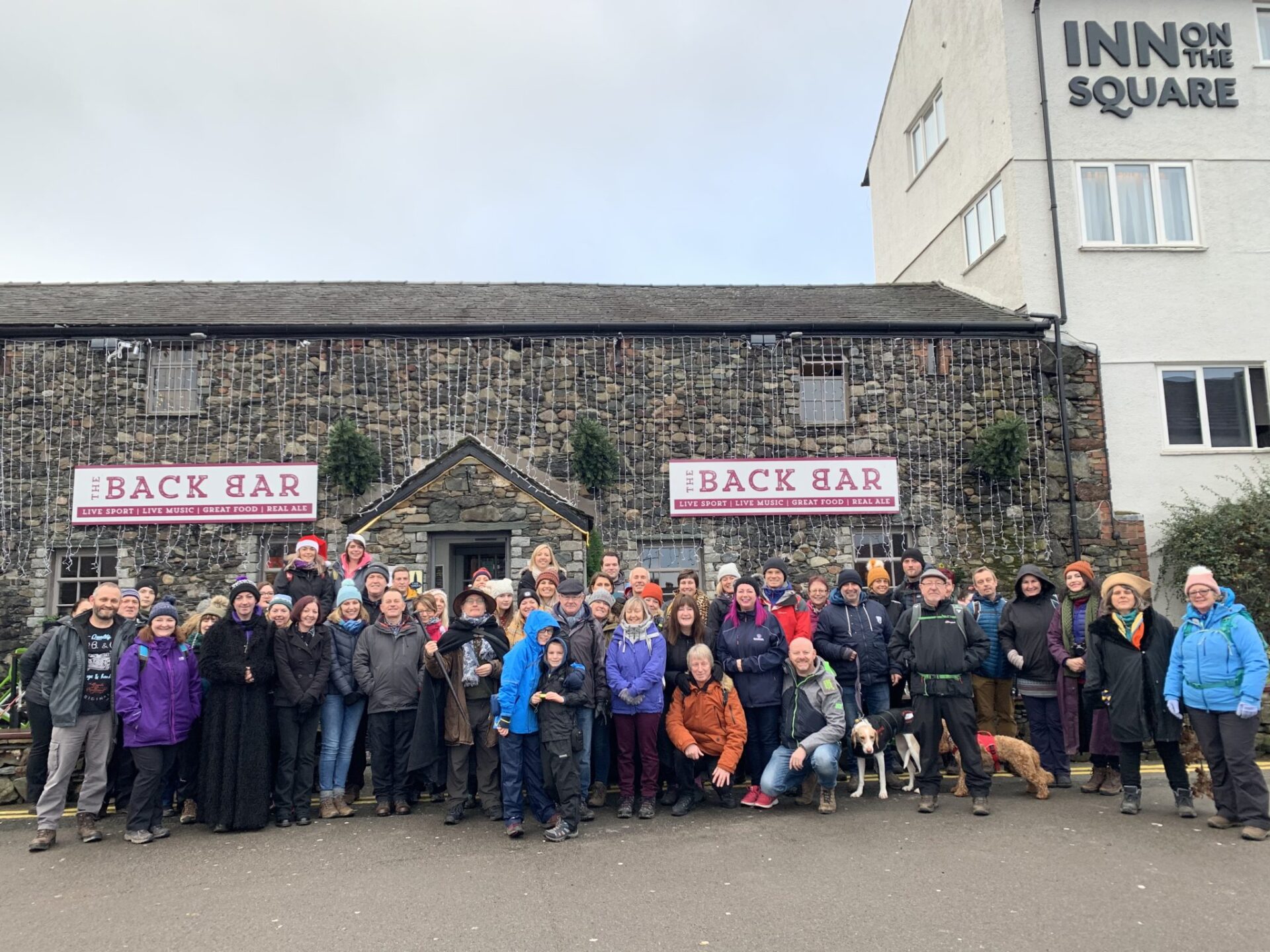 For 5 years now, team members across the Lake District Hotels group and assemblies of valued guests have set their alarms for an ungodly hour each June 21st to trek up to Castlerigg Stone Circle and celebrate the Summer Solstice.

Well, for the first time ever, on December 21st 2019 exactly 6 months after the Summer ritual, we decided to take the plunge and celebrate our first Winter Solstice!

The decision came in light of the Summer Solstice event always getting such a positive reception from guests, with many returning to attend the Pagan event year on year. 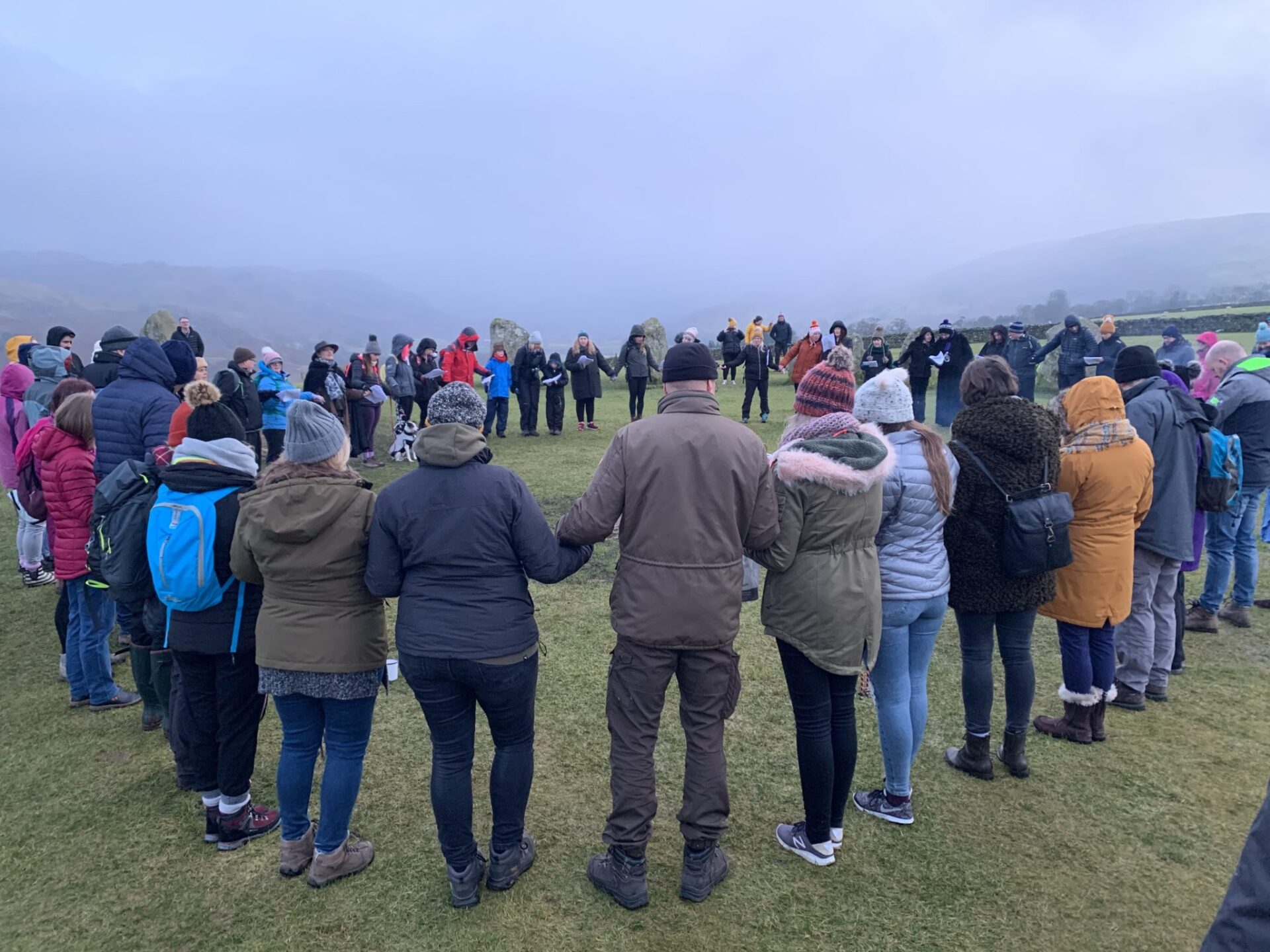 December 21st marks the shortest day of the year, and although we once again ventured to the historic Neolithic structure of Castlerigg Stone Circle, there were some great differences between the summer & winter ceremonies!

First of all, many of us took delight in the fact that instead of watching the sun rise, for this ceremony we waited for sunset – meaning no early morning starts! 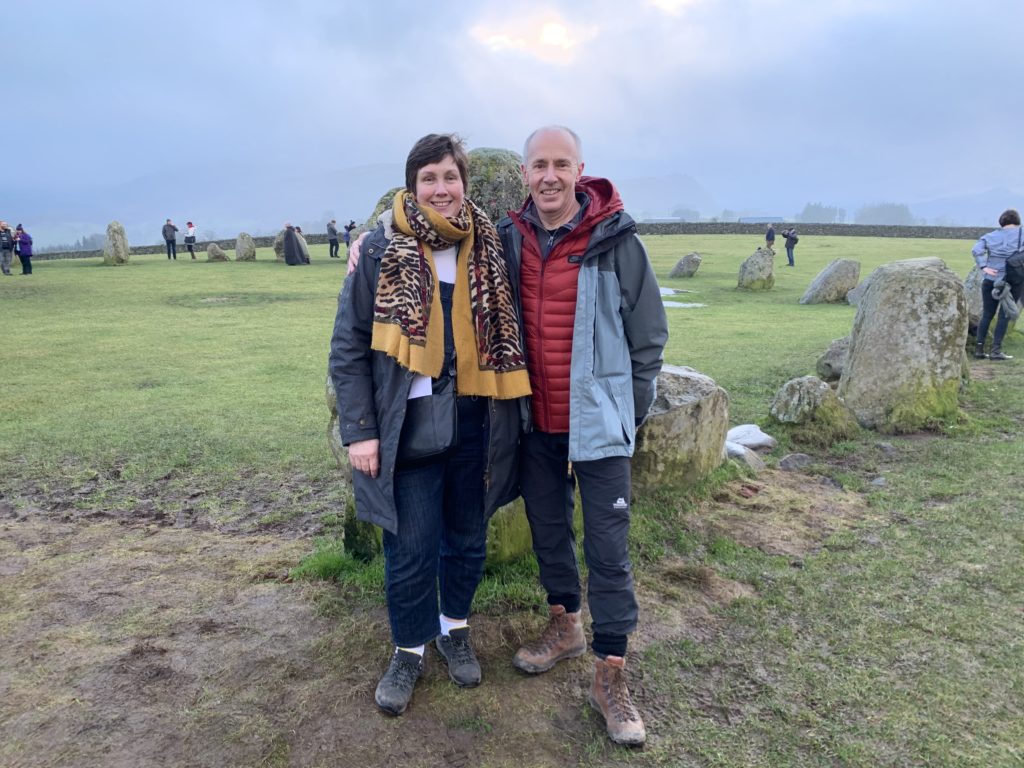 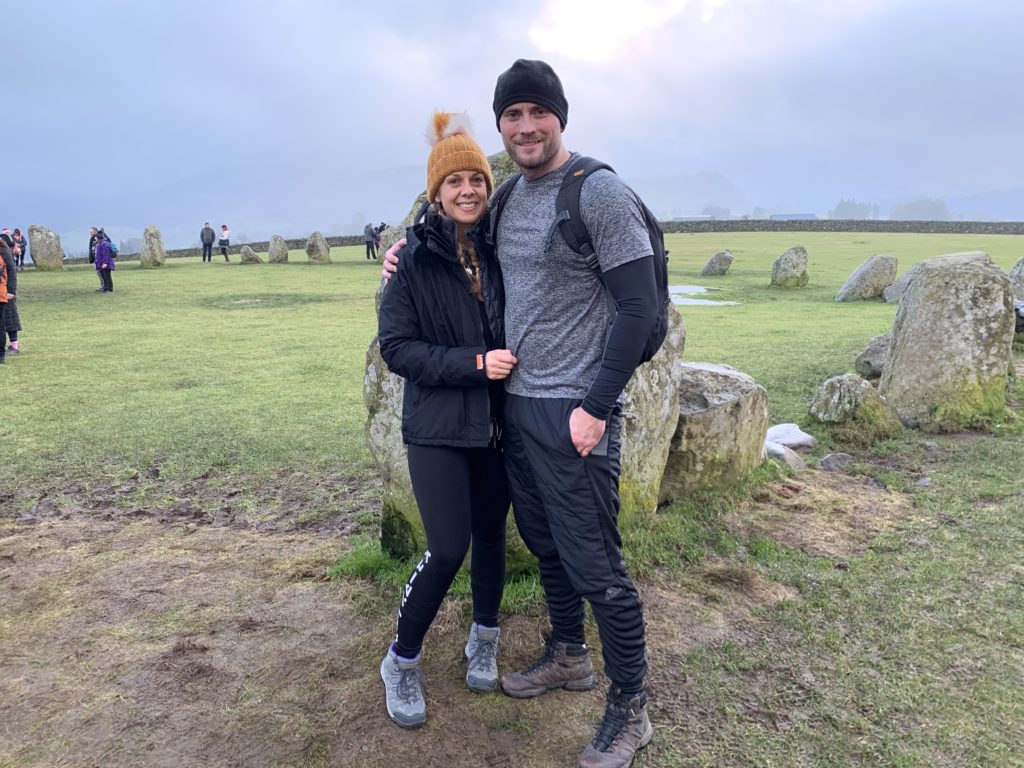 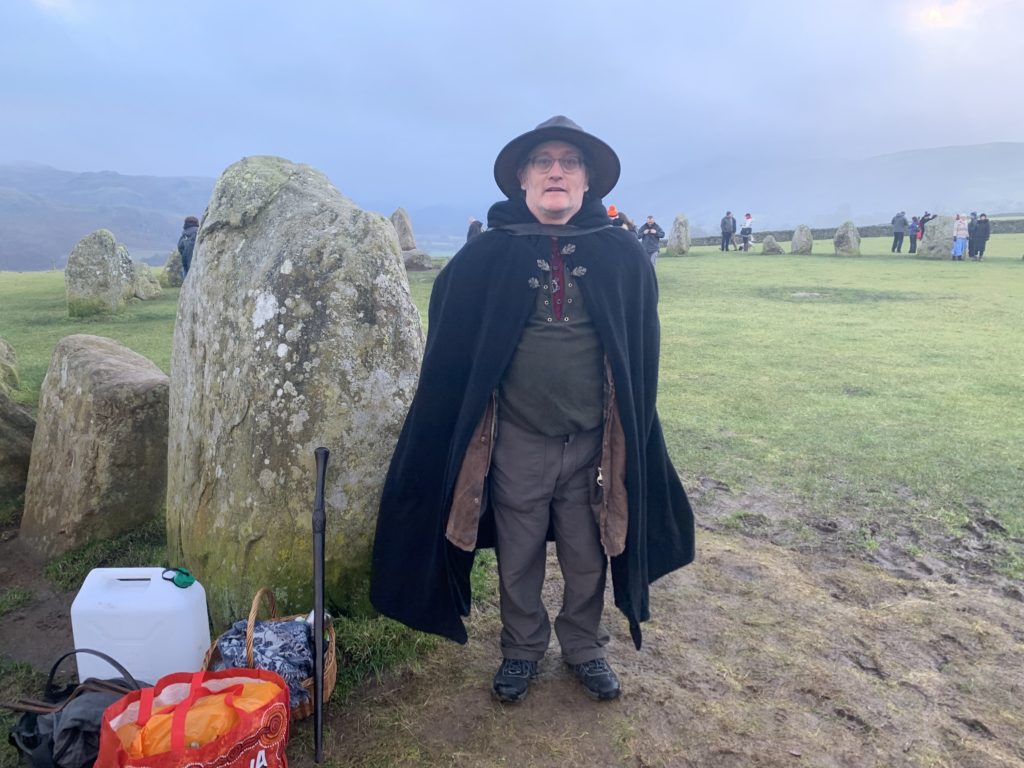 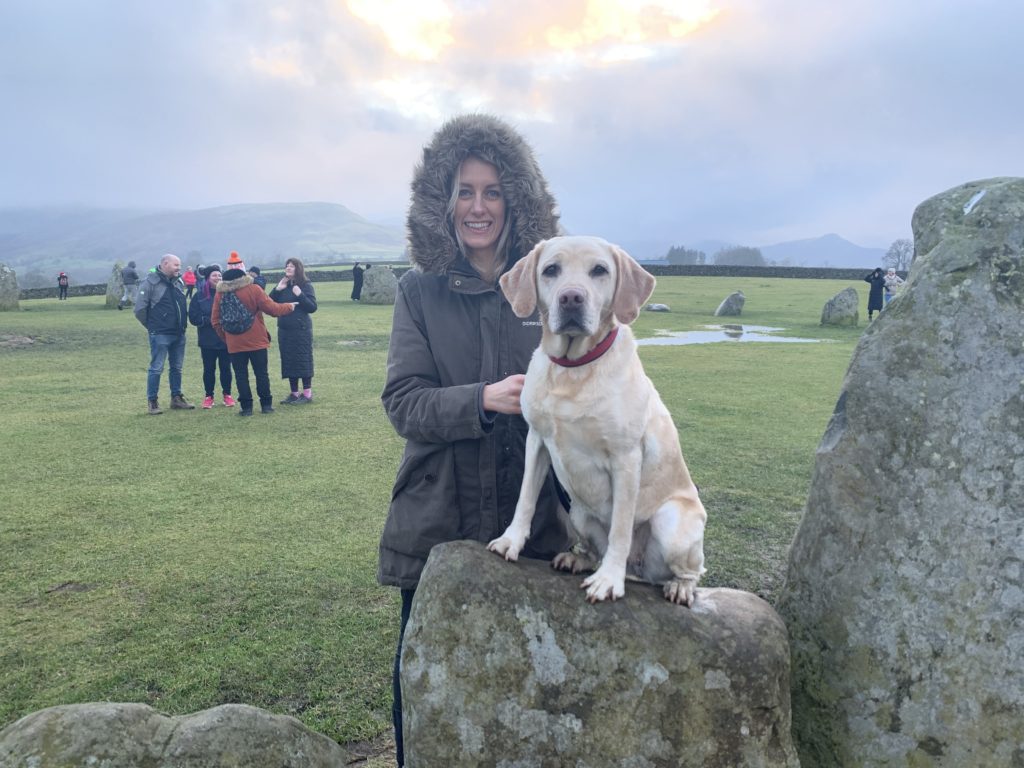 On the busy, Saturday afternoon, a group of 65 guests, 3 Lake District Hotels employees, 15 dogs and 2 druids met outside The Back Bar, where we began our trek up to the famous Keswickian stones. We were lucky in the fact that the weather stayed dry, actually managing to dodge the rain which began after the event had finished.

Spirits were high on the ascent up to our destination, with many attendees mingling amongst one another. We were so pleased to see many returning faces yet again, as we were joined by 6 keen solstice-goers who had attended the summer ritual 6 months prior. 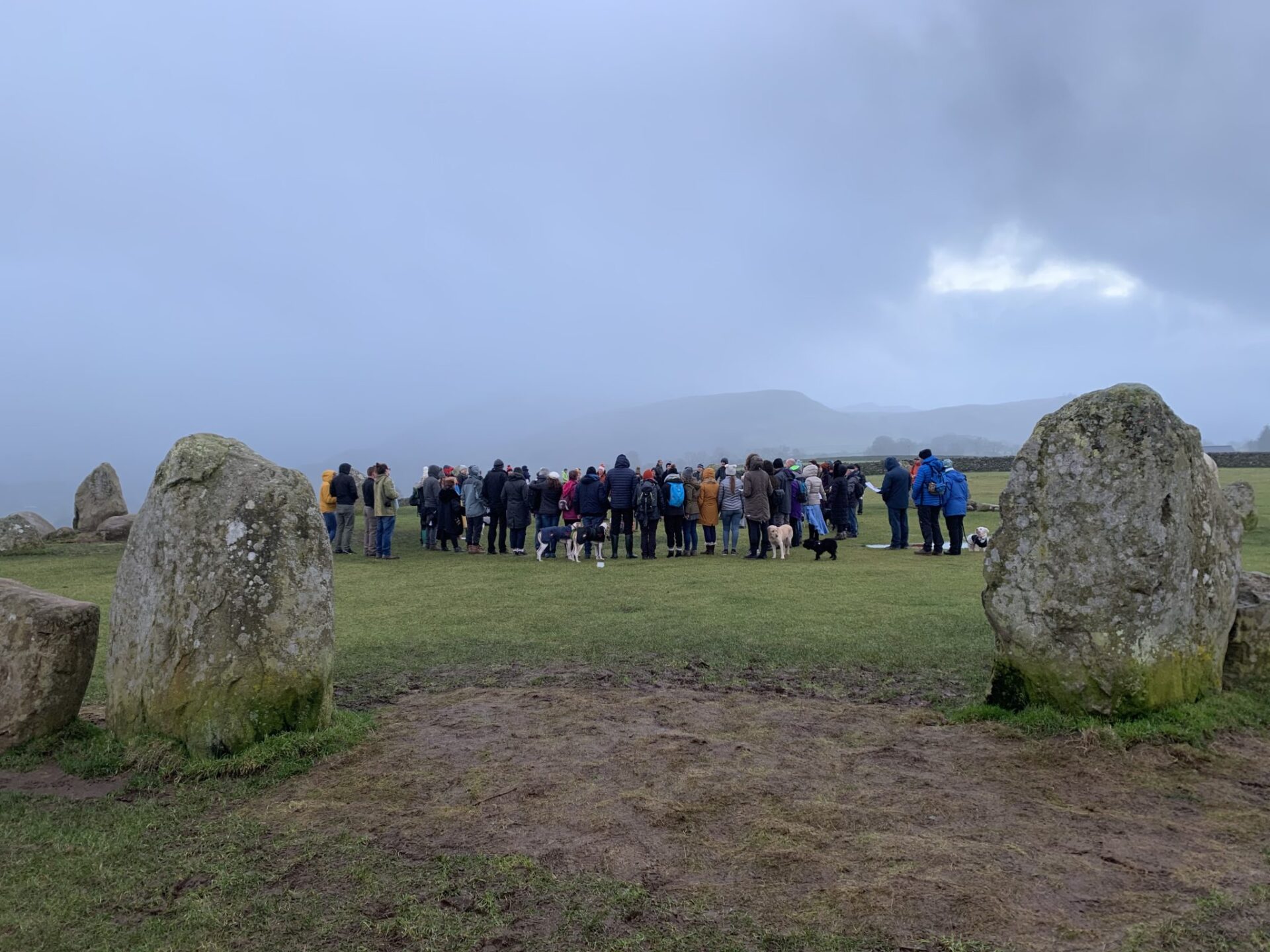 People travelled from near and far to attend the event, with some guests visiting the area with the sole intention of joining in with the solstice shenanigans. We were also joined by Molly the Cockapoo and her owners, who won the award for ‘best dressed dog’ on our Christmas Dog Walk which occurred 3 days prior. 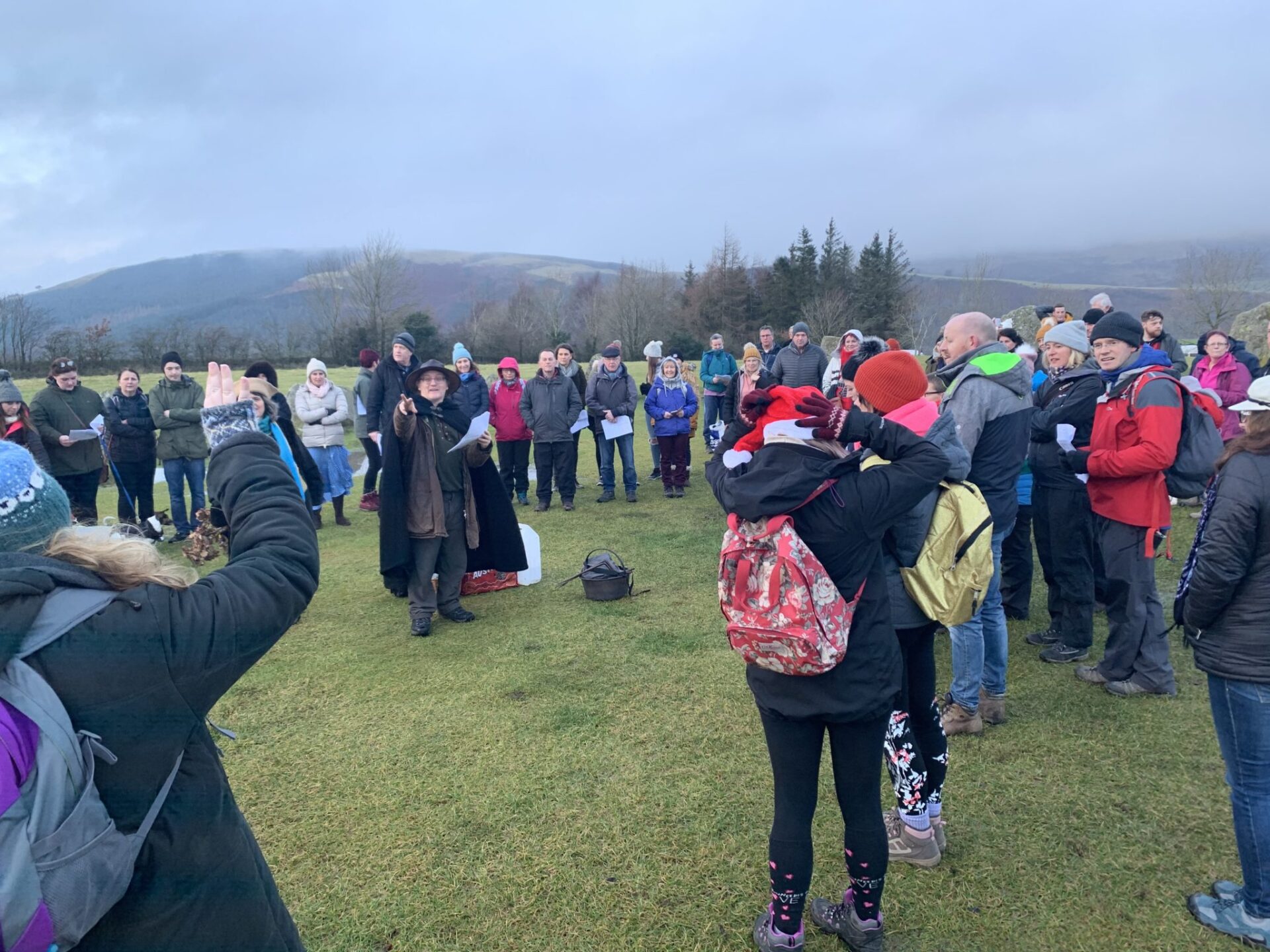 For the ceremony, we welcomed back our trusted Druid, Daru Mcaleece, who once again provided us with a riveting and traditional ritual once we reached the stones. We were lucky enough to be able to perform the ritual inside the circular structure, making it that bit more atmospheric and allowing us to feel truly connected to the earth.

Daru began the ceremony with an insightful history on the Castlerigg Stone Circle to set the mood. This was followed by the magical Feast of Yule, which involved the lighting of the log which symbolised the heat and light of the returning sun as days begin to get longer.

Members of the circle held hands as we appreciated our surroundings and thanked our ancestors for making the earth what it is today. We also chanted and sang to celebrate the return of the sun in the oncoming months. 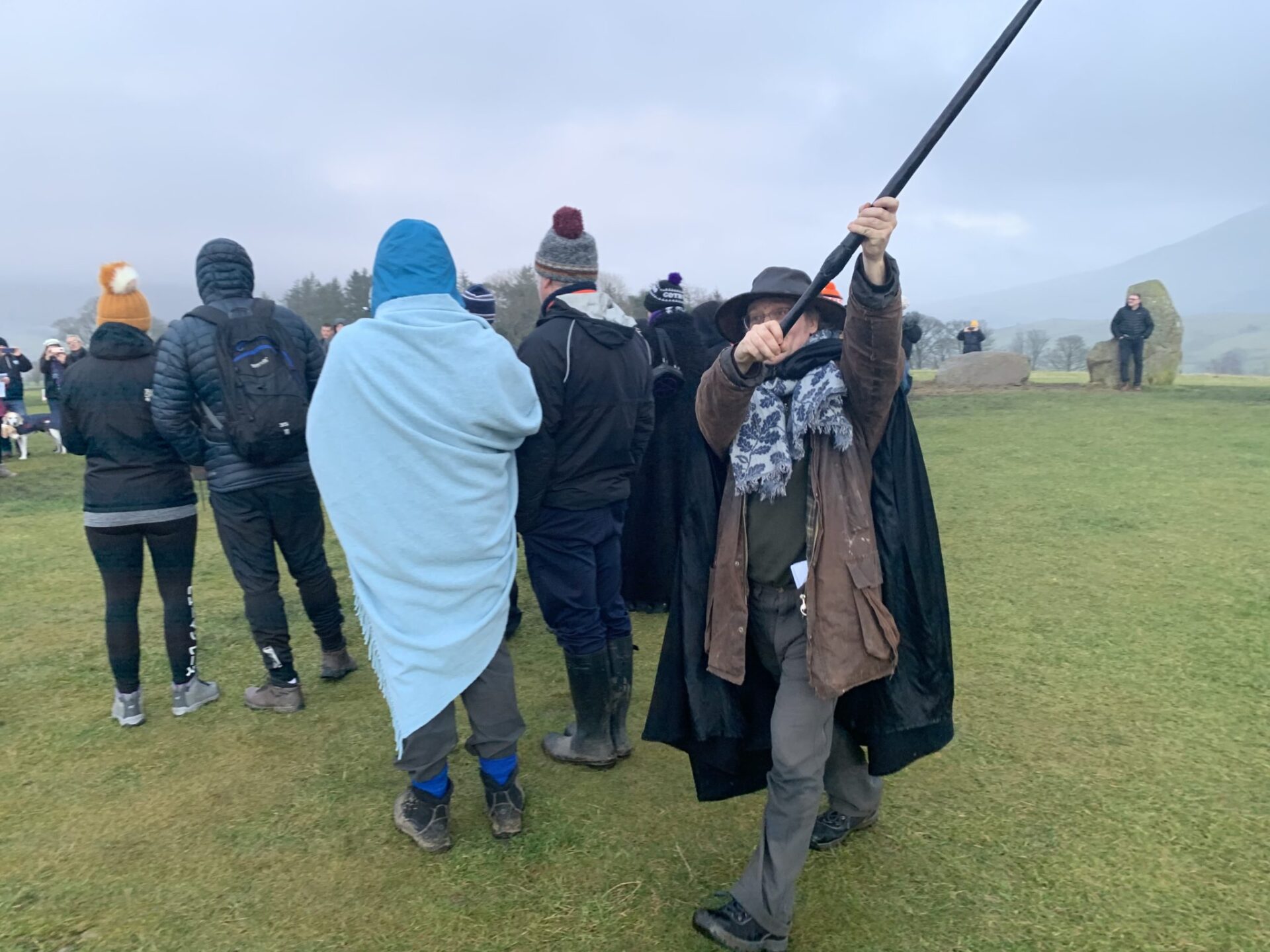 Once the ceremony was complete, guests were invited to disband the circle and warm up with a steaming cup of mulled wine, mulled cider or hot chocolate – which we needed as it got rather chilly up there! Everyone was also able to munch down on a mince pie which were all provided by the Inn on the Square hotel. 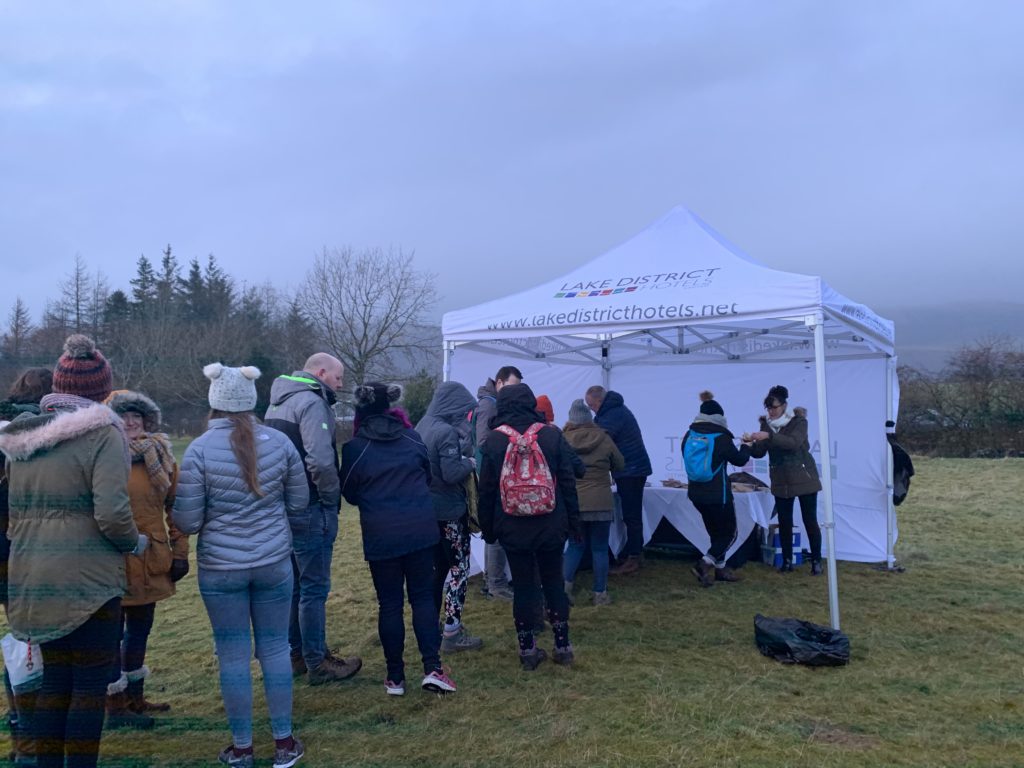 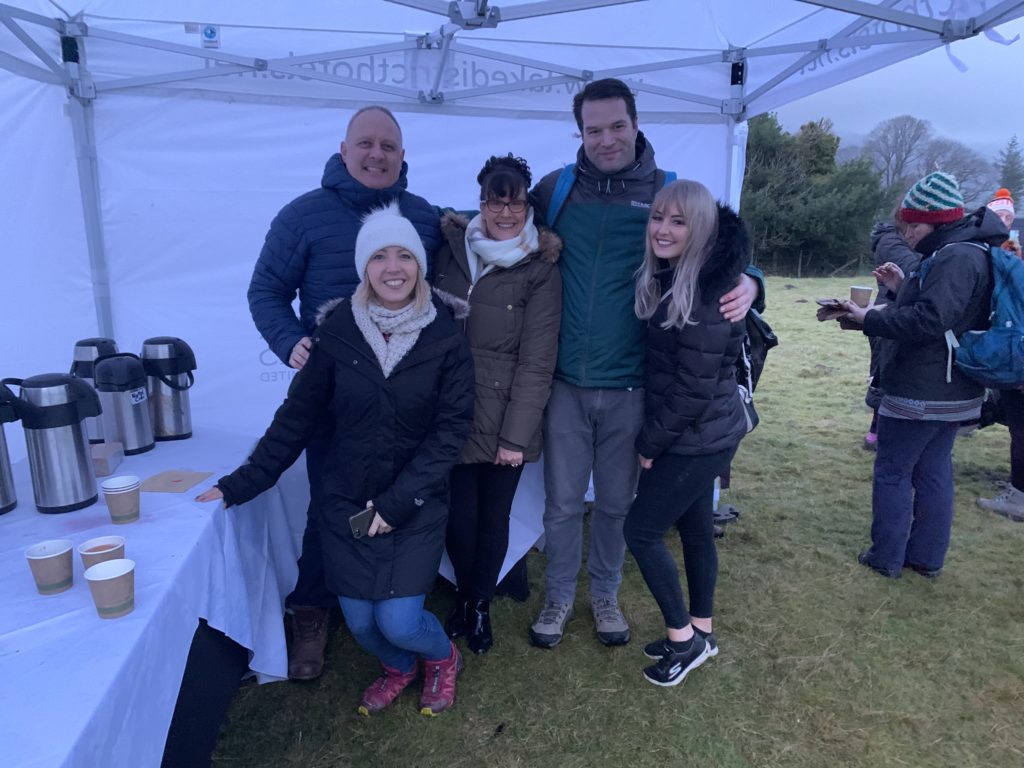 Afterwards, attendees began their descent back into Keswick on a lantern lit walk as the dark, night skies began to draw in. 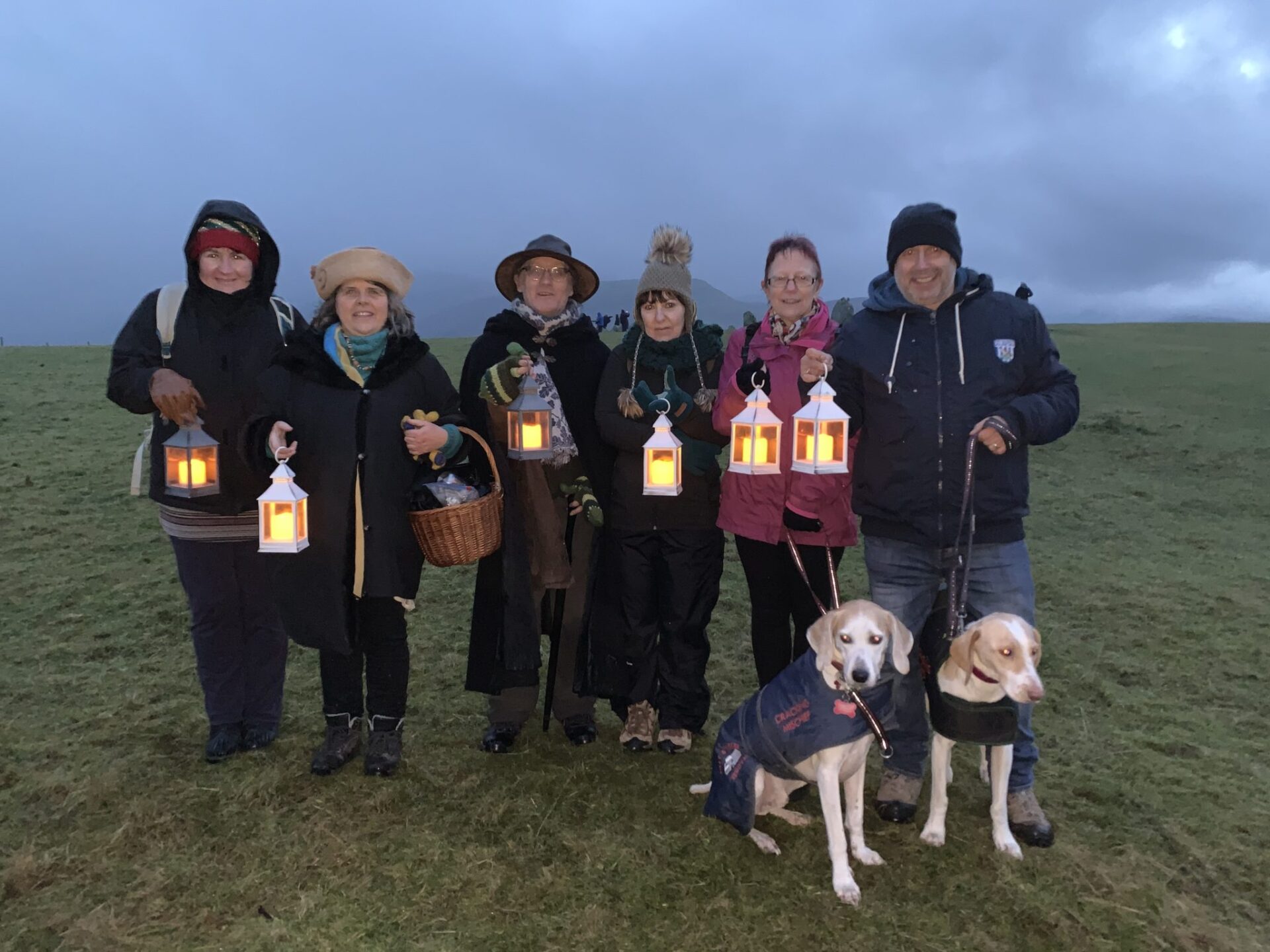 If you were unable to attend our Winter Solstice but think the Summer Solstice may be of interest to you, we are already taking bookings for our 2020 Summer Solstice taking place on Sunday 21st June.

We are offering a 2-night Solstice Break, meaning you can come stay with us then get involved in the celebration. 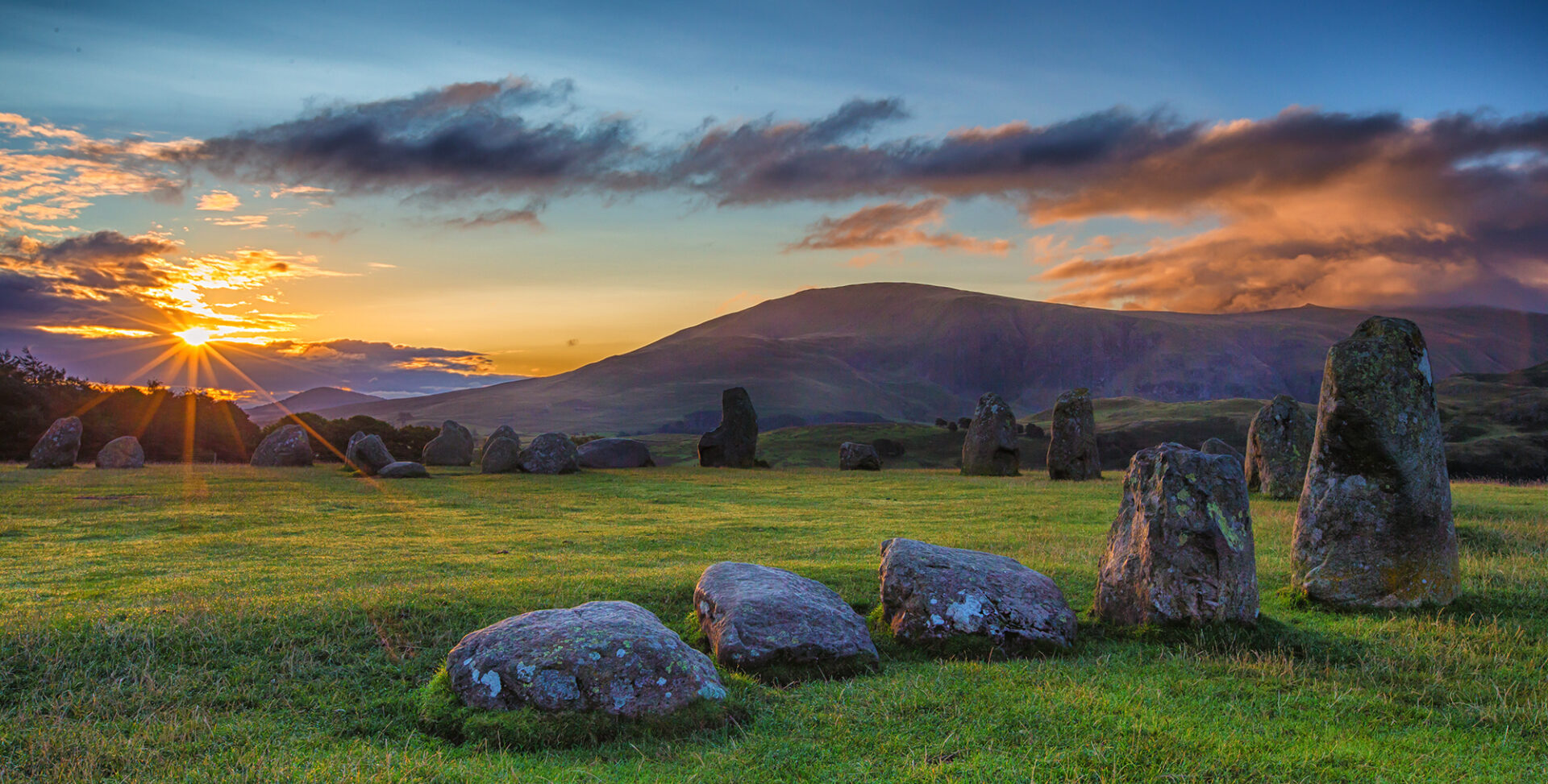 If you would just like to attend the walk alone, you can book onto the walk and receive a hot breakfast at the top for just £20 per person.

To register your interest, please email leah@lakedistricthotels.net or call 0800 840 1240.