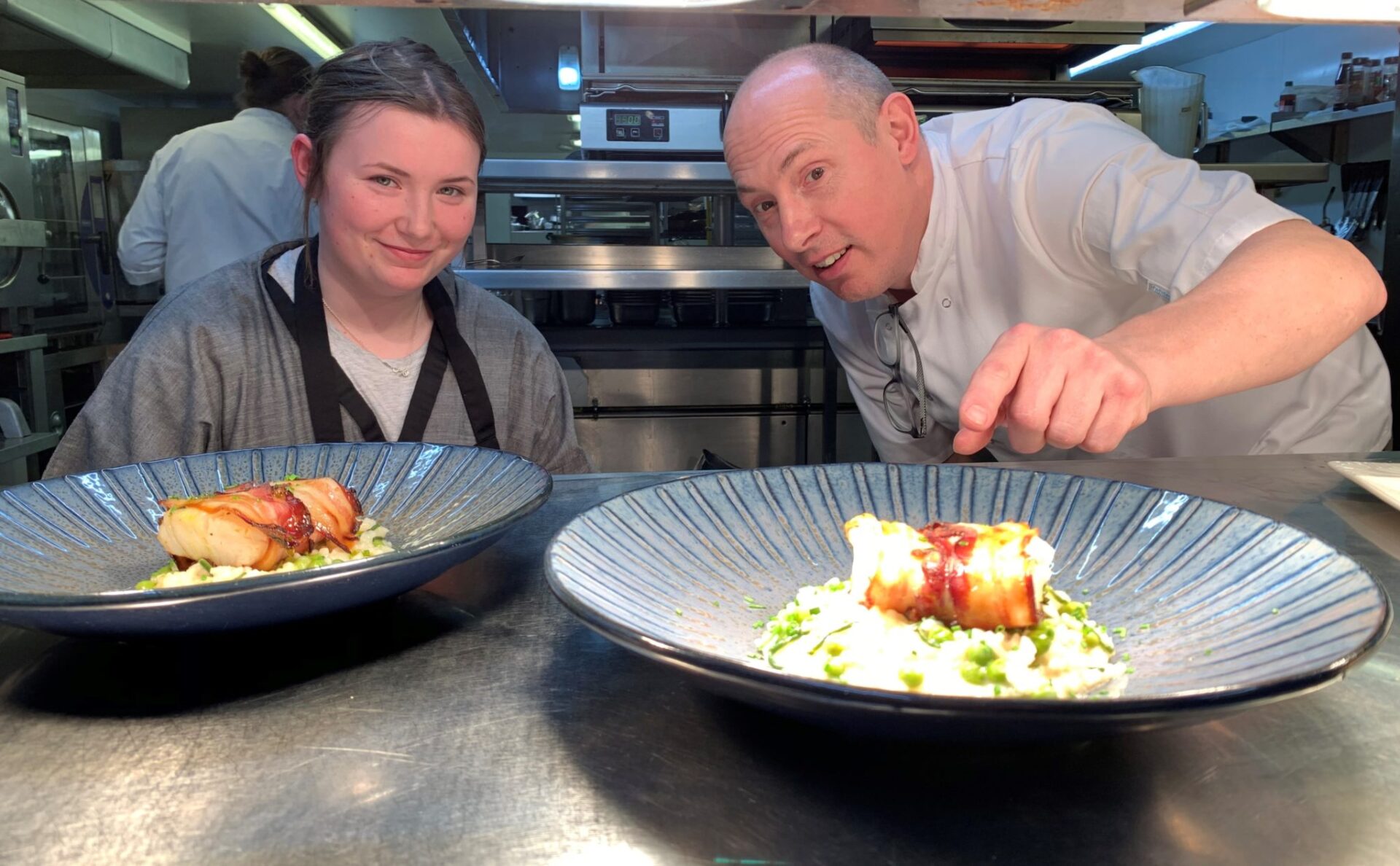 Cooking prep with an exec

The heat was on in the Lodore Falls Hotel & Spa kitchen yesterday, as we were joined by very special guest, 16-year-old Bethan Wilson – winner of the first phase of the Rotary Young Chef competition.

Bethan donned her chef gear and took to the kitchen as an honorary kitchen cook. She joined us from 10am – 2pm where she worked closely with Lake District Hotels’ Executive Chef, Mark Harris, to perfect her winning dish ready for the next phase of the Rotary Young Chef competition.

Mark gave guidance on her cooking techniques and extra pointers on areas such as presentation and seasoning, helping her to go that extra mile to impress the judges. If Bethan successfully manages to wow the judges with her culinary expertise, she will go through to the regional finals.

The next stage of the competitions are the district finals which takes place at The Lakes School, Windermere on Saturday February 8th 2020. 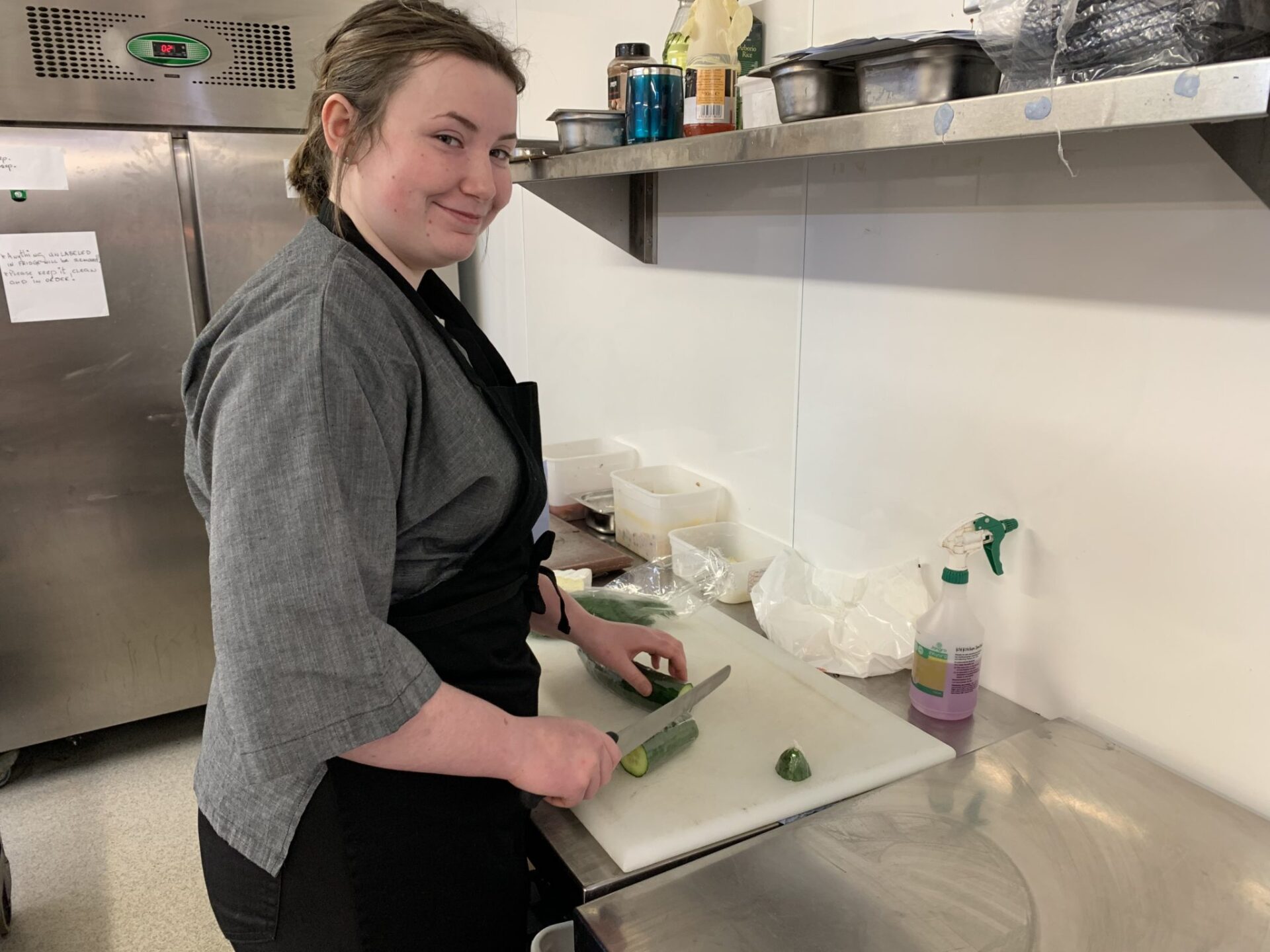 What’s on the menu…

For the next stage of the competition, Bethan must recreate her delectable menu that has gotten her this far already, as well as including a delicious starter course also.

Off to a flying start 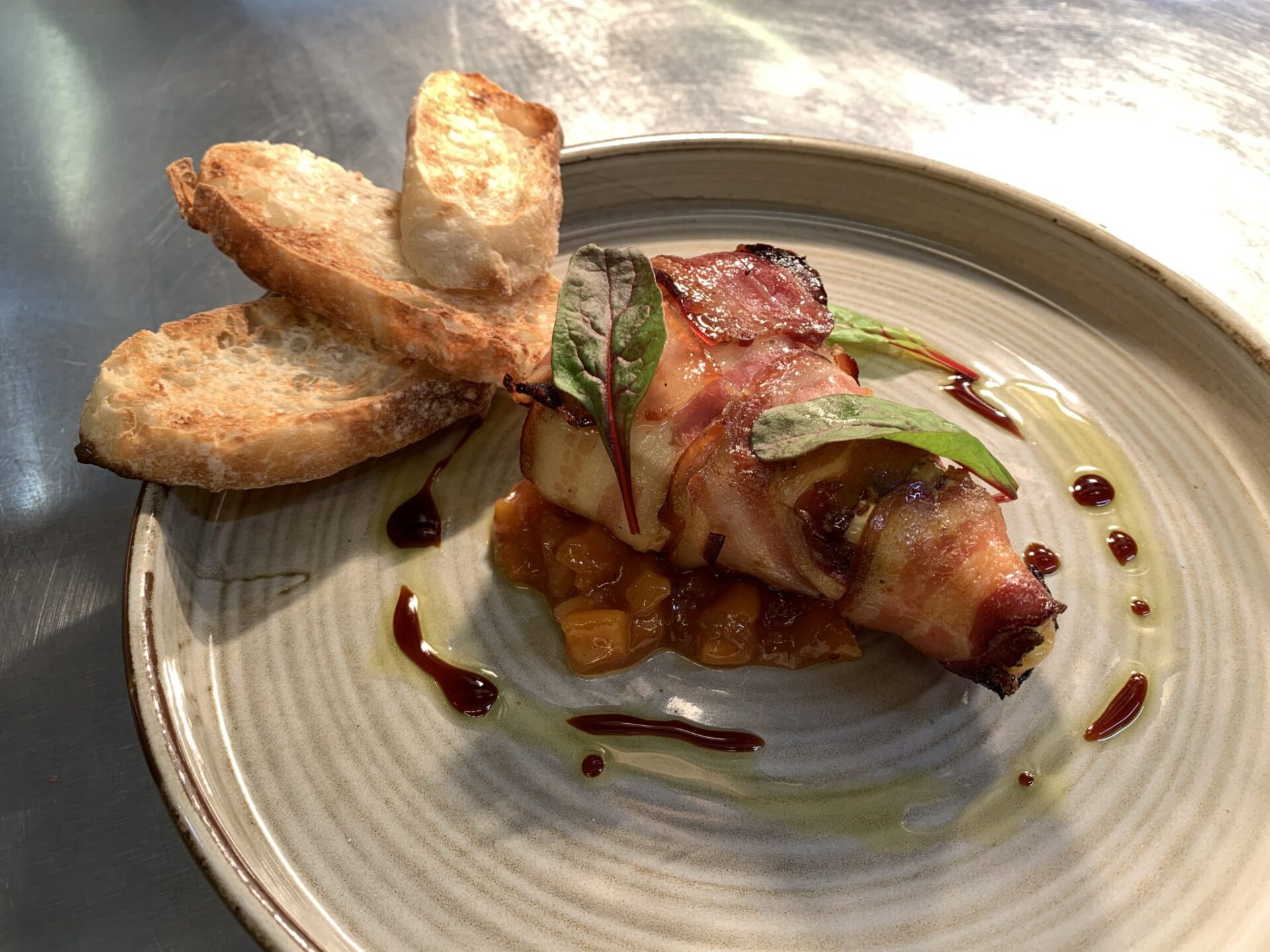 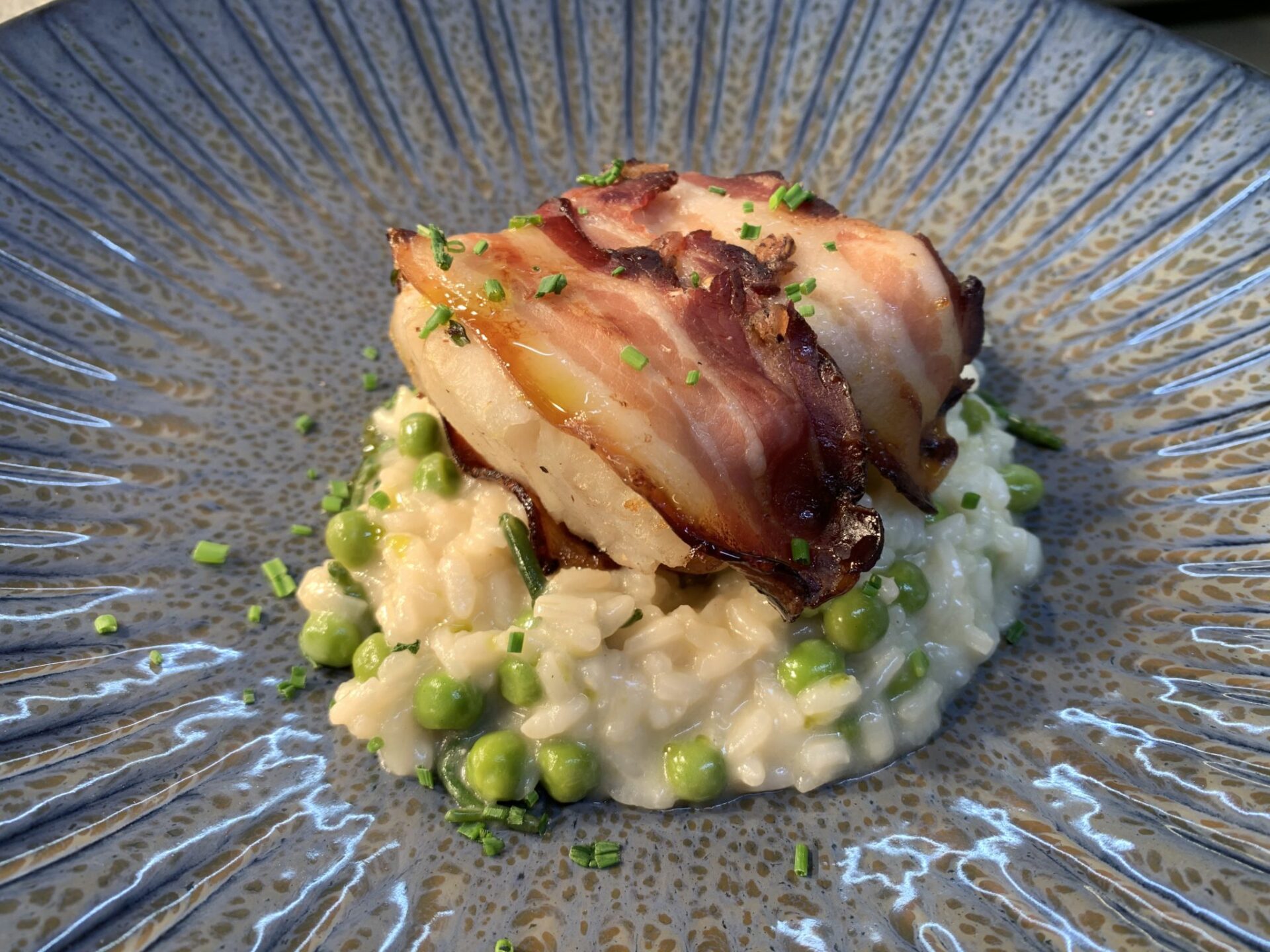 Proof is in the pudding

Bread and butter pudding laced with Baileys, served with custard 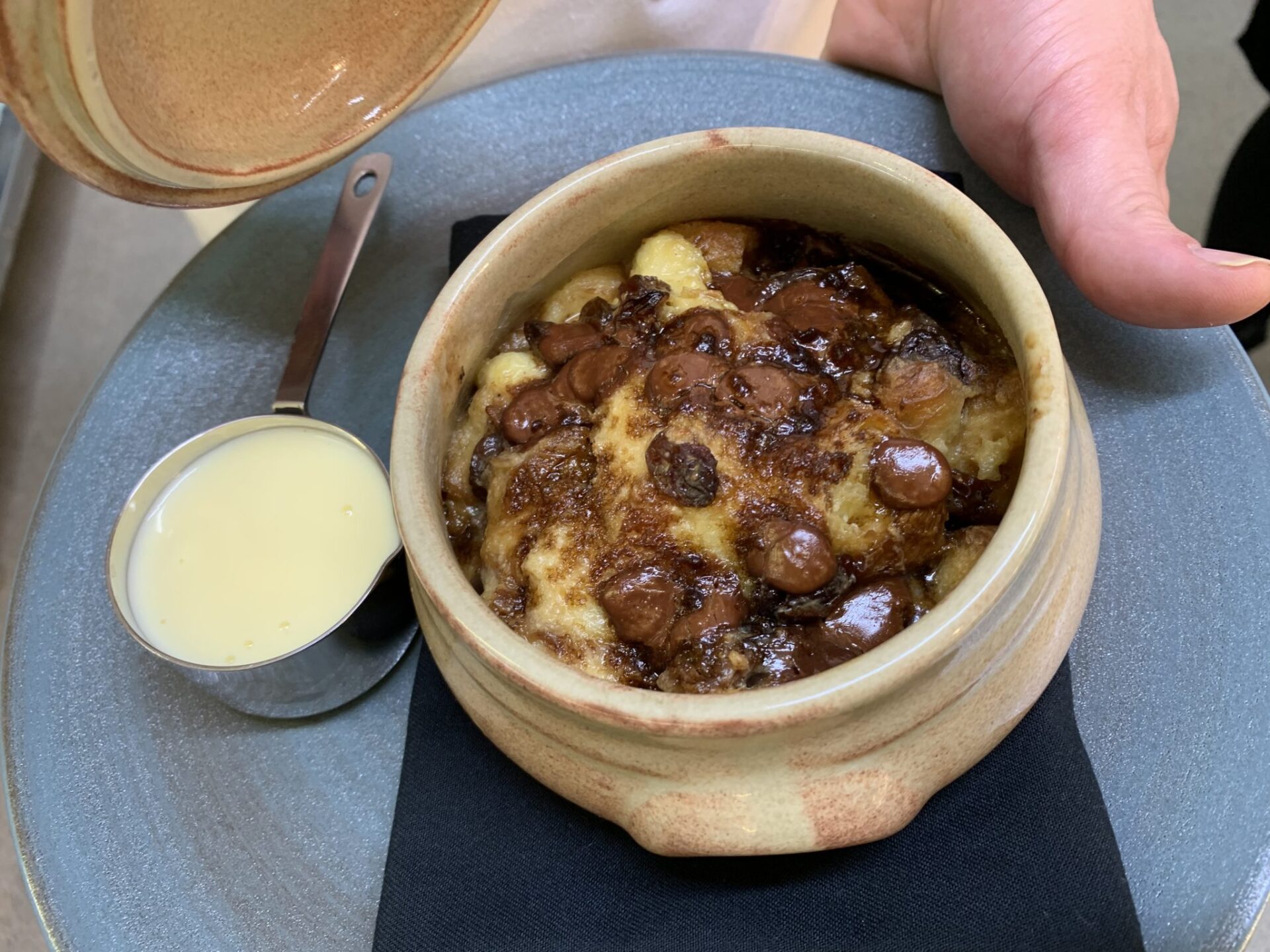 Bethan presented her 3-course meal to her Mum and Step-Dad, which was served in our award-winning Lake View Restaurant. It’s safe to say, the feedback was excellent!

DINING IN THE LAKE DISTRICT →

The pair developed a professional, working relationship, where chef Mark taught the budding cook interesting facts about different types of hams and gave suggestions on the appropriate scenarios in which they would be used.

Other great examples of Mark’s ‘food for thought’ include styling her starter of Camembert into triangles, as opposed to circles, to give the dish more of a contemporary, restaurant feel. 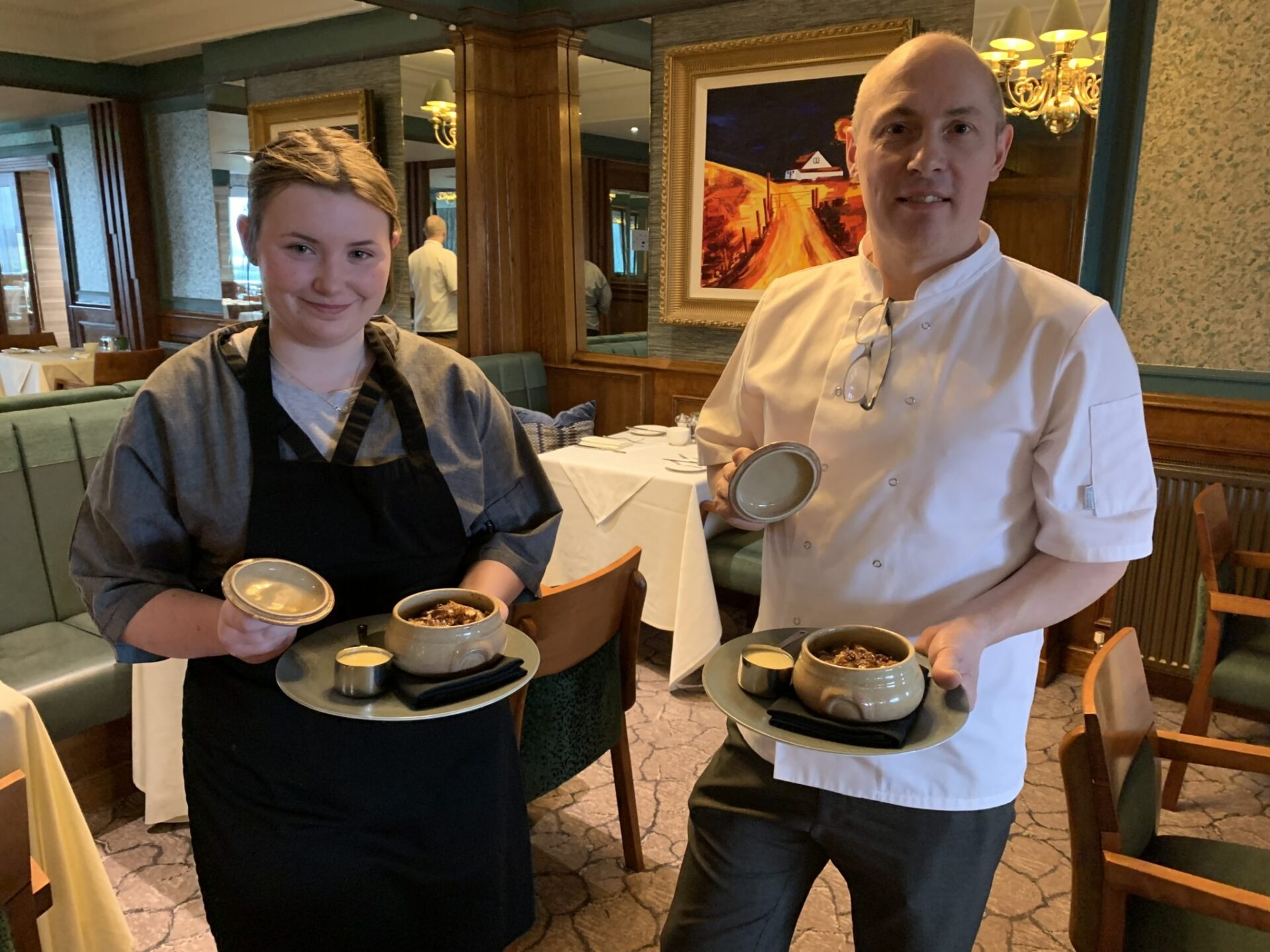 Mark and the rest of the Lodore kitchen brigade were also impressed to learn that Bethan had completely adapted the recipes all by herself, taking inspiration from other great chefs from around the globe.

The kitchen team gifted Bethan with some beautiful plates in which she could present her meals on; hoping to give her the winning edge over the competition. 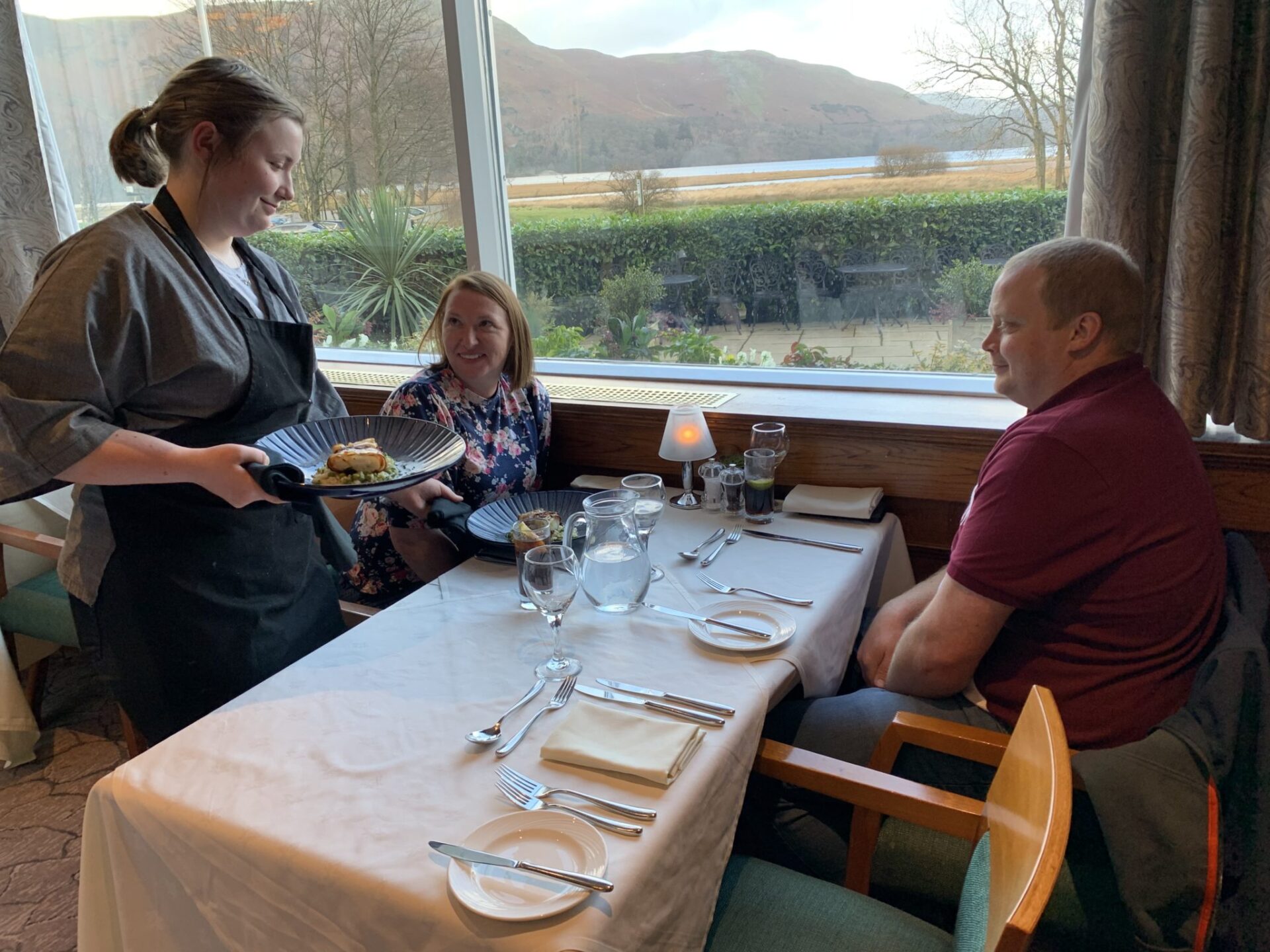 On behalf of Mark and everyone here at Lake District Hotels, we wish Bethan the best of luck in the next phase of the competition and hope she does Keswick proud!

OUR WORK WITH KESWICK SCHOOL →